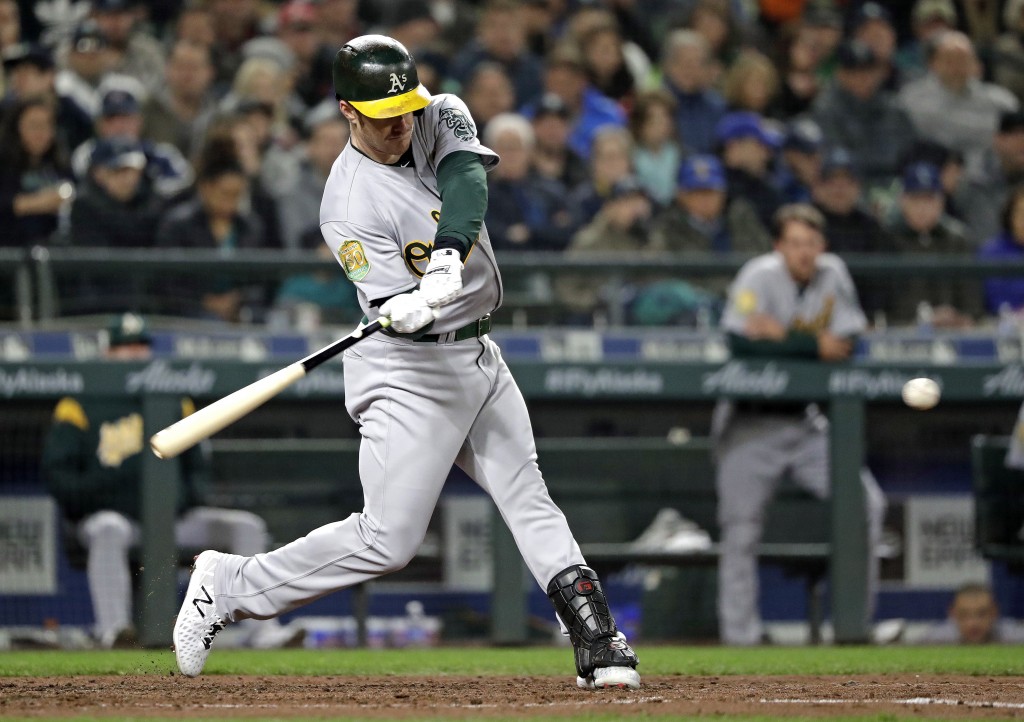 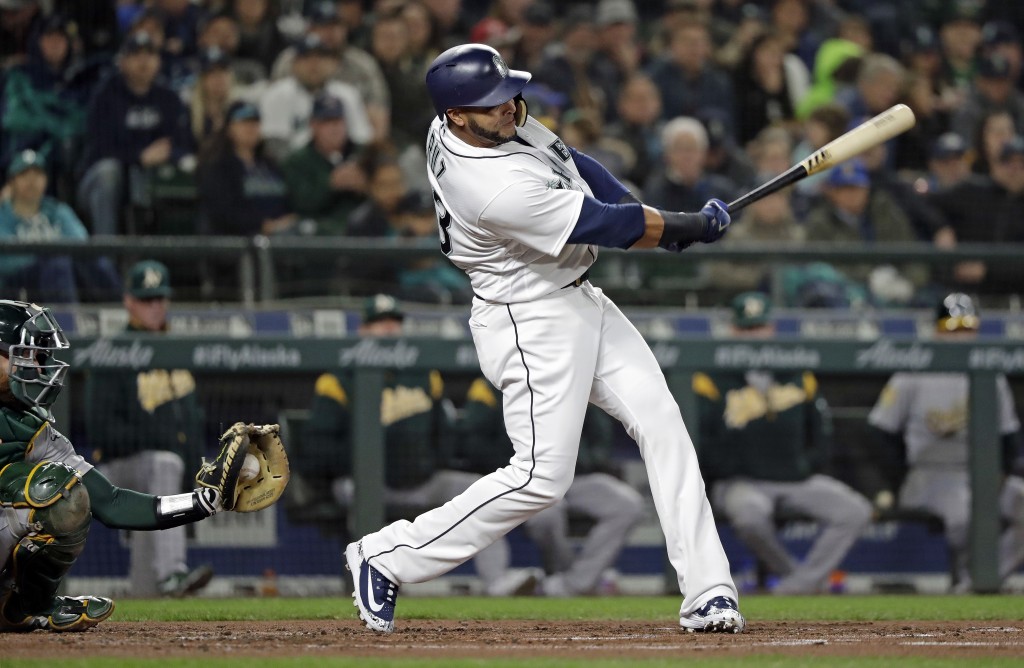 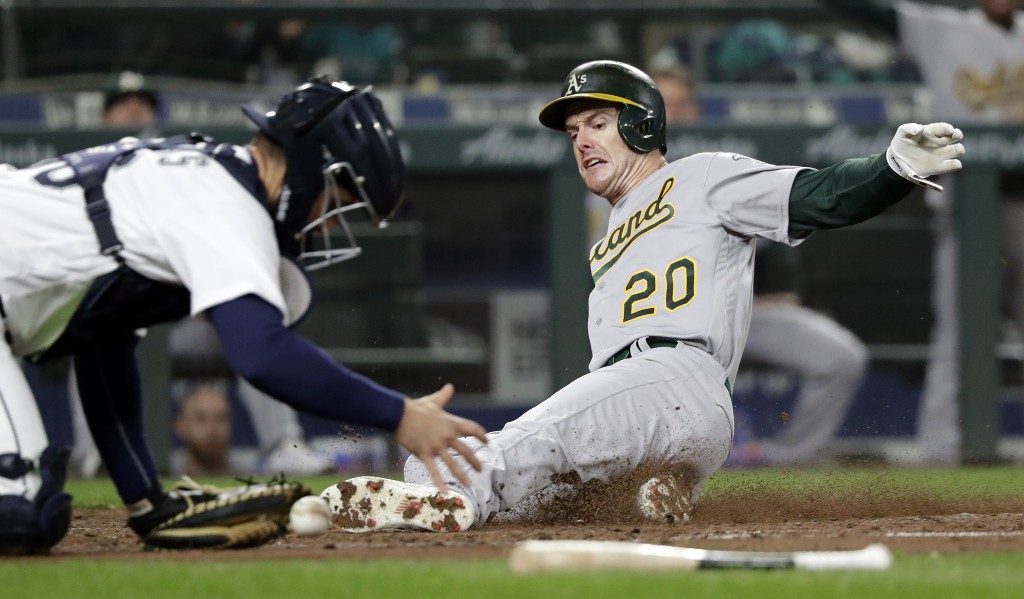 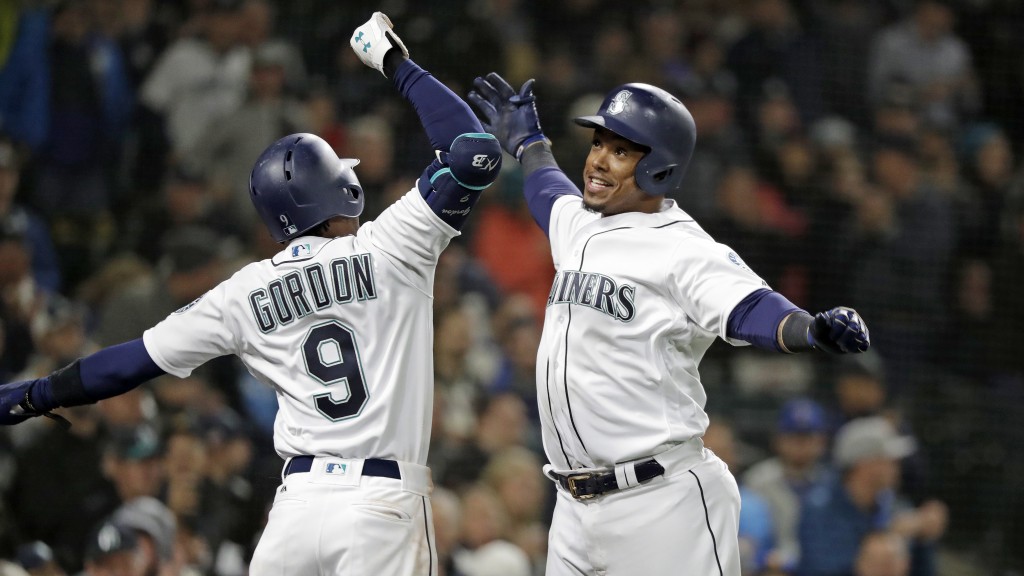 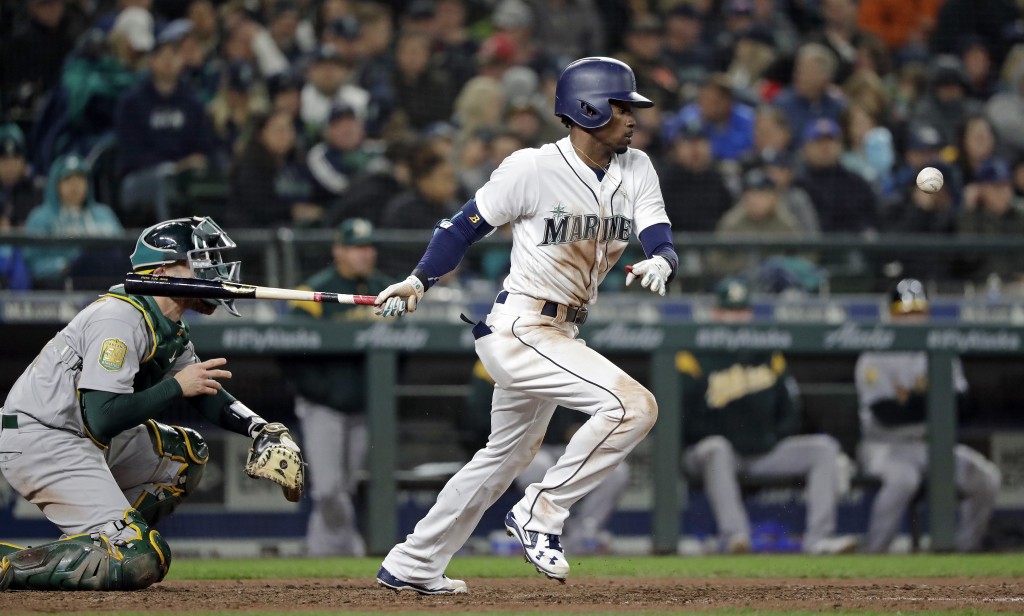 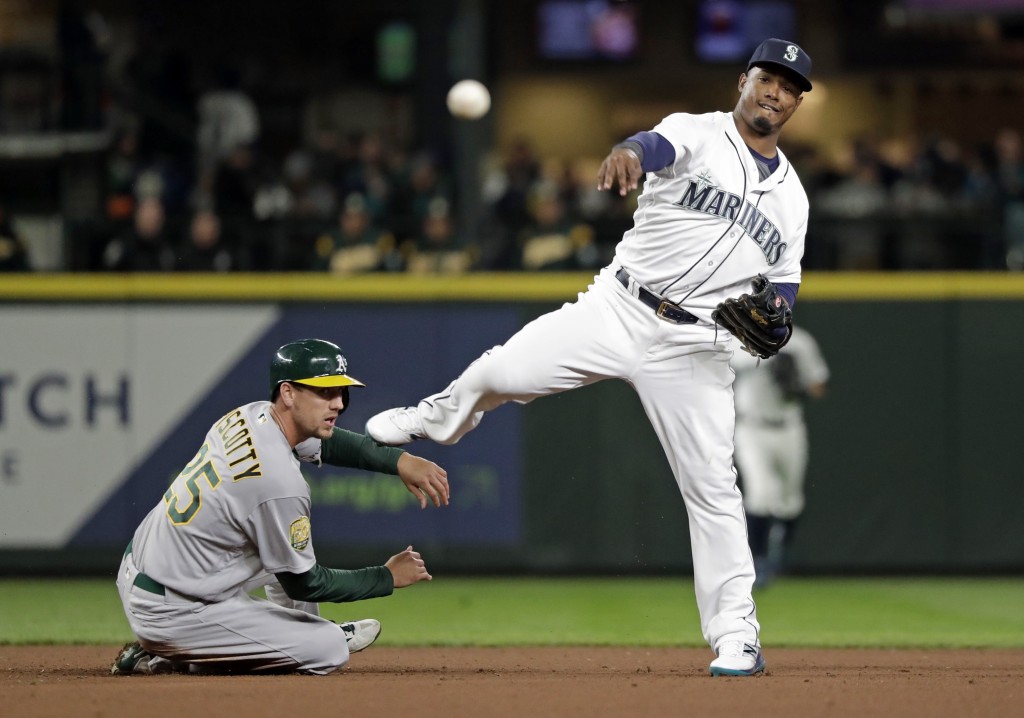 Segura's first home run of the season off Oakland starter Kendall Graveman (0-3) staked Seattle to an early lead, and the Mariners kept adding on via the long ball. Seattle continued to show the potency of its lineup, scoring five or more runs for the seventh time in 12 games.

Haniger had the decisive three-run blow in Friday's victory and followed up with an opposite-field solo shot in the fifth inning on Saturday. He also had a two-run single earlier after the A's had pulled even at 3-all.

Seager's home run was his third of the season and continued to counter what has been sluggish April's in the past from Seattle's third baseman. Seager has nine hits in his last 16 at-bats.

And to cap off the long balls, Vogelbach's solo homer leading off the seventh went an estimated 433 feet and nearly reached the upper deck of right field.

Seattle's Chasen Bradford (1-0) worked 1 2/3 scoreless innings of relief after starter Marco Gonzales was lifted in the fourth. Edwin Diaz pitched the ninth for his sixth save.

Oakland tried to rally late thanks to home runs from Mark Canha and Khris Davis in the seventh inning, and a solo shot from Stephen Piscotty in the eighth to pull within 10-8. But the homers couldn't make up for an ugly night from Oakland's pitchers, who allowed at least one hit to every batter in Seattle's starting lineup. Graveman was out after four innings and the A's bullpen wasn't much better.

The top of the third inning appeared to end with Jonathan Lucroy scoring on Marcus Semien's double, and Semien then being tagged out at the plate for the final out trying to score after the ball escaped catcher David Freitas. But Seattle challenged and the call was changed to a ground-rule double after replay showed Semien's hit bouncing over the yellow line on the outfield wall.

The decision to challenge backfired. Canha followed with a two-run single and Jed Lowrie added an RBI single. Instead of being out of the inning up 3-1, the Mariners were in a 3-3 tie.

Athletics: Oakland placed RHP Liam Hendriks on the 10-day DL with a right groin strain, but the club is uncertain the extent of the injury. Manager Bob Melvin said the team wasn't able to determine a time frame for recovery based off the initial examination.

Mariners: Catcher Mike Zunino is likely headed for a brief rehab assignment early next week. Zunino (oblique strain) is expected to catch a couple of games in the minors — either with Double-A Arkansas or Single-A Modesto — early next week before rejoining the Mariners.

Athletics: Sean Manaea (1-2) has allowed two runs or less in each of his three starts but has gotten little run support. The A's have one combined run in his two losses this season.

Mariners: Felix Hernandez (2-1) makes his fourth start of the season. Hernandez allowed three runs in 5 2/3 innings in his last start against Kansas City.