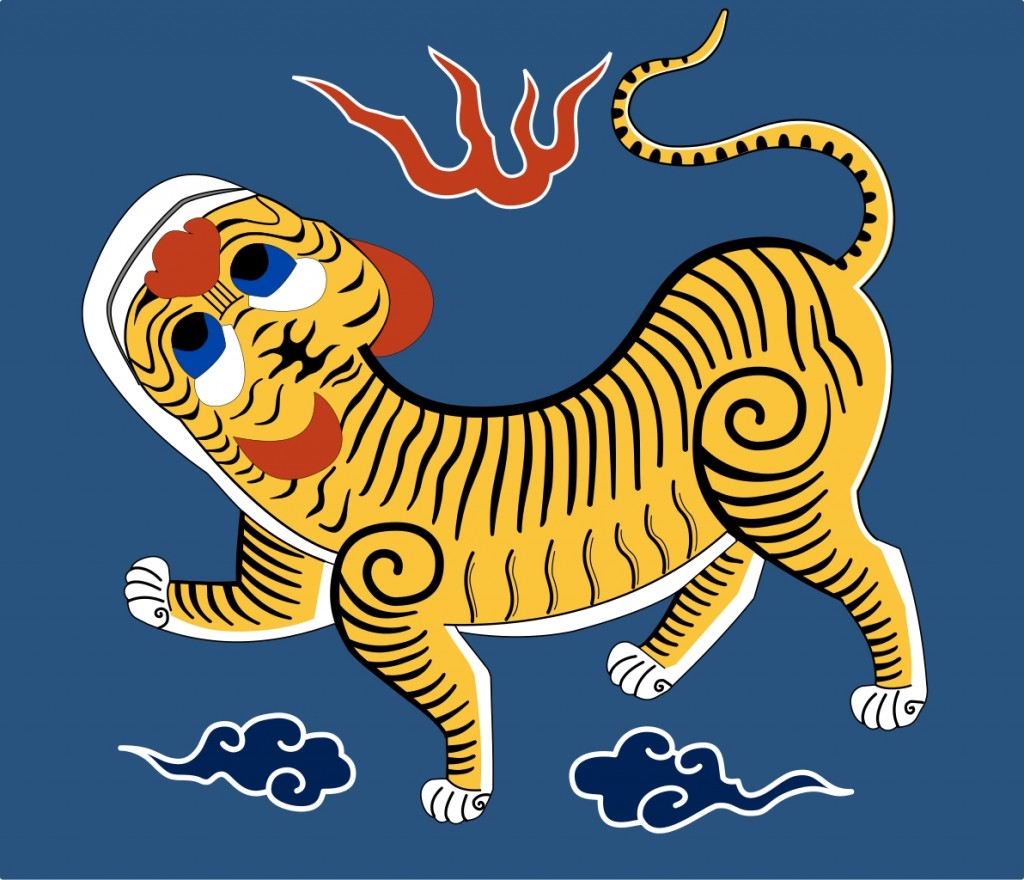 TAIPEI (Taiwan News) -- Last week, British newspaper the Telegraph published a list of the top 10 things they claimed you did not know about Taiwan to accompany a travel article. It was a nice curiosity, but for anyone with even a modicum of knowledge about Taiwan, it was mostly comprised of things you probably did know.

Which got me thinking about what interesting things I knew about Taiwan that most people really would not know. I had a few interesting facts at hand and with a little research have compiled just such a list. I am sure you have plenty of other interesting, but obscure facts about Taiwan at your disposal too. Why not share them with our readers on our Facebook or Twitter pages. Here is my list to get you thinking: You may not have known there were so many, but there are more than 50,000 different types of screws made in Taiwan. The hub of Taiwan’s screw manufacturing is the Gangshan (岡山) district of, Kaohsiung, where there is a cluster of more than 700 factories dedicated to manufacturing screws. Here you can get almost every type of screw imaginable made, and if you can’t find what you are looking for, there are even some machines which can be modified in just one hour to make any manner of screw available to order. While it is for all intents and purposes a sovereign independent nation today, the ongoing claim to sovereignty from Communist China continues to hang over Taiwan. There are many who would love to see Taiwan declare independence and seek formal recognition around the world alongside China, but not too many people know that this has already happened once. Chinese occupation of Taiwan began in 1683 and continued until 1895 when the Qing Dynasty was defeated by the Japanese in the first Sino-Japanese rule.

China then legally ceded sovereignty to Japan, but for a while, Japan’s focus was elsewhere. This led to the creation of the Republic of Formosa, which existed for about six months in 1895. It was well enough established to have its own amazing flag, and issue currency and stamps. The Republic was soon put down once Japanese attention returned to Taiwan, but with sovereignty over Taiwan having never been legally returned to China, this republic remains a model for how many Taiwanese would love to see the future of their country. White is the color of death (whitechinese.blogspot.tw)

Many people know that the color red is considered lucky in Taiwan, but did you know that the traditional color for direct family members to wear at funerals in Taiwan is white, not black. The color white symbolizes death, so don’t be surprised if you see people dressed in white at a funeral. Not that you are supposed to look.

If you pass a funeral or a house in mourning, Taiwanese people will always look the other way, or even avoid passing altogether. This is to stop the spirit of the deceased from being able to enter their body. Despite this association, you will still see brides wearing white dresses at weddings. But this is the influence of western culture. The traditional color for a wedding dress always used to be red… for good luck of course. Taiwanese people have real problems with their eyesight. An estimated 90 percent of Taiwan’s population suffer from myopia, better known as shortsightedness, according to data from the country’s Ministry of the Interior.

The prevalence of myopia can cause real eyesight issues in later life too. For example, Taiwan has the highest rate of retinal detachment in the world. According to research commissioned by the Ministry of Health and Welfare, there are 6.4 cases per 100,000 people here, which is higher than any other country.

The cause of these health issues is clear. Taiwanese people spend far longer looking at screens, smartphones, and avoiding daylight than most other places in the world. They are forced to spend long hours in the classroom and as a result, the average Taiwanese youth spends less than 30 minutes a day outside. Ever noticed that you see a lot of Porsche’s around Taiwan? It’s not your Imagination. Porsche is a big deal in Taiwan!

In 2017, more than 60 percent of Porsche’s total sales in Asia were made in Taiwan. As a result of this huge market success, Porsche is really focused on the Taiwan markets right now and is planning to invest NT$2.7 billion in Taiwan in the coming years. They are working closely with official dealerships, such as Pan-German（永業汽車）, which specializes in German car exports, to officially launch their brand here.

German cars are a big deal across Asia for the same reasons that they are in the rest of the world. But for some reason, Taiwan is the only Asian country to truly embrace Porsche so far. Taiwan’s 16 aboriginal tribes are now well known and there is a great deal of effort and resources being put into protecting their cultures and the diverse languages they speak. But this is not just important for Taiwan.

Because recent scholarship have proved that many traditional south-east Asian cultures can trace their heritage back to the aboriginal tribes of Taiwan. These include the entire Austronesian (Malaysia, the Philippines, Indonesia, Brunei, Madagascar, Micronesia, Polynesia, New Zealand and Hawaii) speaking world. This makes Taiwan a place of fundamental importance in the history of human evolution and migration Sun Yat-sen （孫中山）is viewed by many in Taiwan today as the "Father of the Nation." His picture still hangs in the Taiwanese Parliament as well as in schools, courthouses, and other public buildings across the country. But he was born in Guangdong（廣東）, died in Beijing, and officially only visited Taiwan on three occasions.

They were in 1900 (when he stayed for a month and a half), 1913 and 1918 (both of which were brief stopovers). His aim for each of these visits was to gain the support of the Japanese governor-general of Taiwan for his revolutionary ambitions in China. He never questioned that Taiwan was sovereign Japanese territory during any of these visits or at any point before his death in 1925. Sun Yat-sen would never have guessed that the republic style government he fashioned would end up being based solely on Taiwan. We’ve all seen them flying around, but did you know that Taiwan used to be known as "the Butterfly Kingdom" in the 1960s. That was because one of Taiwan’s biggest exports at that time was butterflies, with around 10 million a year being sent overseas to collectors. At its peak, this trade was worth an estimated US$30 million annually.

There was also a thriving market in crafts made from butterfly wings. Taiwan is home to more than 400 different species of butterflies, 50 of which are endemic to the country. This means there were no shortage of varieties for people to collect. Today, of course, the focus is much more on conservation and the boost butterflies gives to the economy nowadays is through the various places where visitors can see them in their natural habitat. Most people know that Baseball is the national sport in Taiwan and that as a result, the national side has enjoyed some regional success and a number of local players have enjoyed success in the MLB. But did you know that there is one baseball tournament in which Taiwan’s record outstrips everyone else?

And that is the Little League World Series, an annual Baseball competition for kids aged between 11 and 13. Taiwanese teams have won this tournament on no fewer than 17 different occasions with their first victory coming in 1969 and their most recent in 1996. The closest any other nation gets to them is Japan with just 11 wins. And while it may be true that the Little League World Series includes US competitors by state rather than country, this shouldn’t take away from one of Taiwan’s most impressive sporting records. Anyone who visits Taiwan quickly realizes that the country has a massive problem with air pollution. And while many try to point the finger of blame across the Taiwan Straits to China or suggest that scrapping a few old cars and scooters will make all the difference, the fact remains that it is Taiwan’s industry which bears the bulk of the responsibility. Nowhere is this more evident than with the Taichung Power Plant.

This coal-fired power plant, which is located in Longjing（龍井）, Taichung is the largest coal-fired power plant anywhere on earth. It is also the world’s single largest emitter of carbon dioxide. It produces more than 40 million tons of CO2 every year. To put that into some kind of context, this is around about same CO2 output as Switzerland – as in the entire country.

While the Taichung Government has plans to start reducing the plant’s coal consumption this year, the Taichung Power Plant still holds a most unwanted world record and it remains a symbol of everything that is wrong about Taiwan’s approach to environmental issues and air pollution. 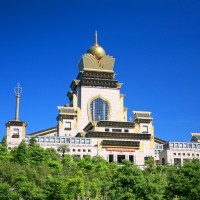 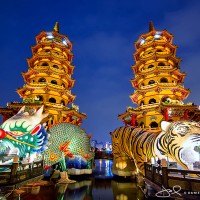