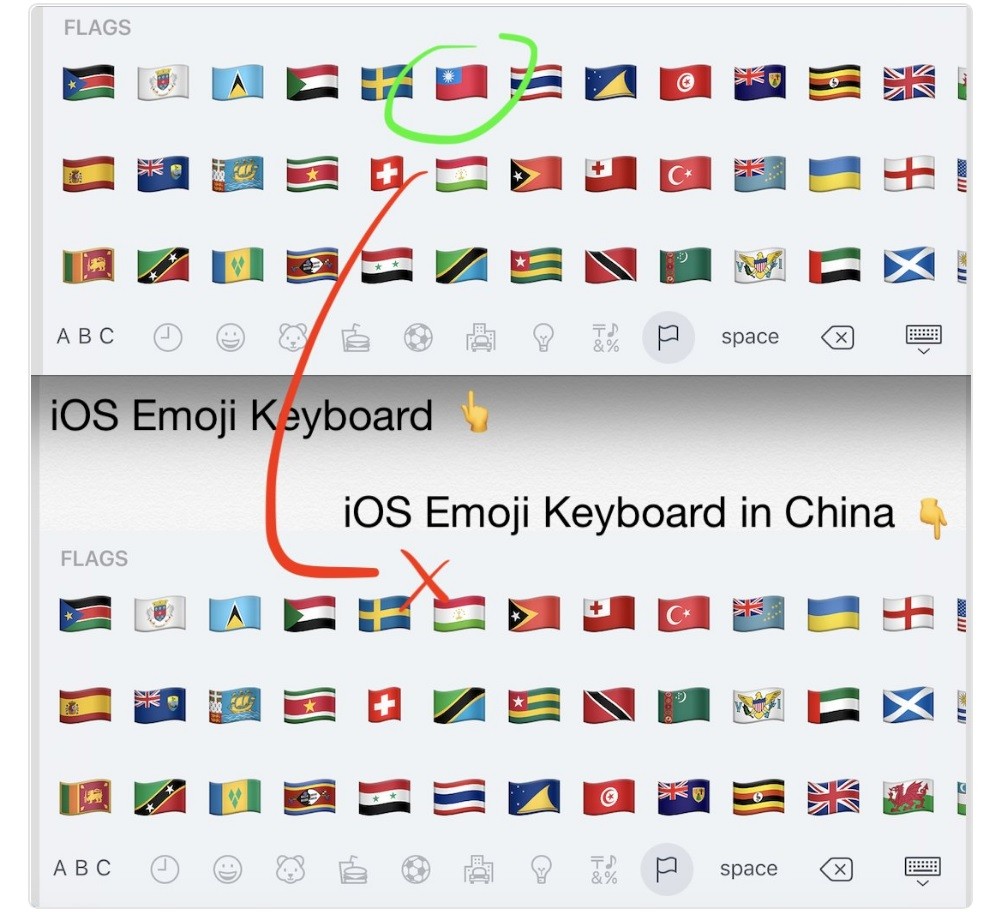 TAIPEI (Taiwan News) -- As apple has gradually expanded the number of emoji flags for new versions of the iOS, the Taiwan flag emoji was not added until the release of iOS 9.0. However, it seems though as it was never added to the Chinese iPhones.

Emojipedia, which is an emoji reference website that tracks the use as well as evolution of every emoji noted that iOS users in China do not have the Taiwan flag emoji on their apple keyboard, instead the emoji displays a missing character when read on websites or even messages on Chinese iPhones.

The website noticed that the Taiwan flag emoji does not appear anywhere once the region of an iphone is set to China. Instead the character that replaces the real emoji is just missing when it is viewed on websites or even in messages. It is not clear if the emoji was removed as a result of the latest Chinese crackdown on companies, forcing them to remove Taiwan as a country on their official websites; or if Apple never added the emoji to the Chinese iOS at all, which was released in 2015.

Apple on the other hand has been known to have made several concessions to Beijing in the past. It recently began moving all its Chinese user data to local servers run by the Chinese government in the name of improving the "speed and reliability" of iCloud, but critics argue the company uses dual standards for its users inside and outside the communist country.

Apple also made headlines when it removed VPN apps that would allow users from China to access banned websites like Google, Facebook and other sites which are not accessible from the within the Great Firewall of China.