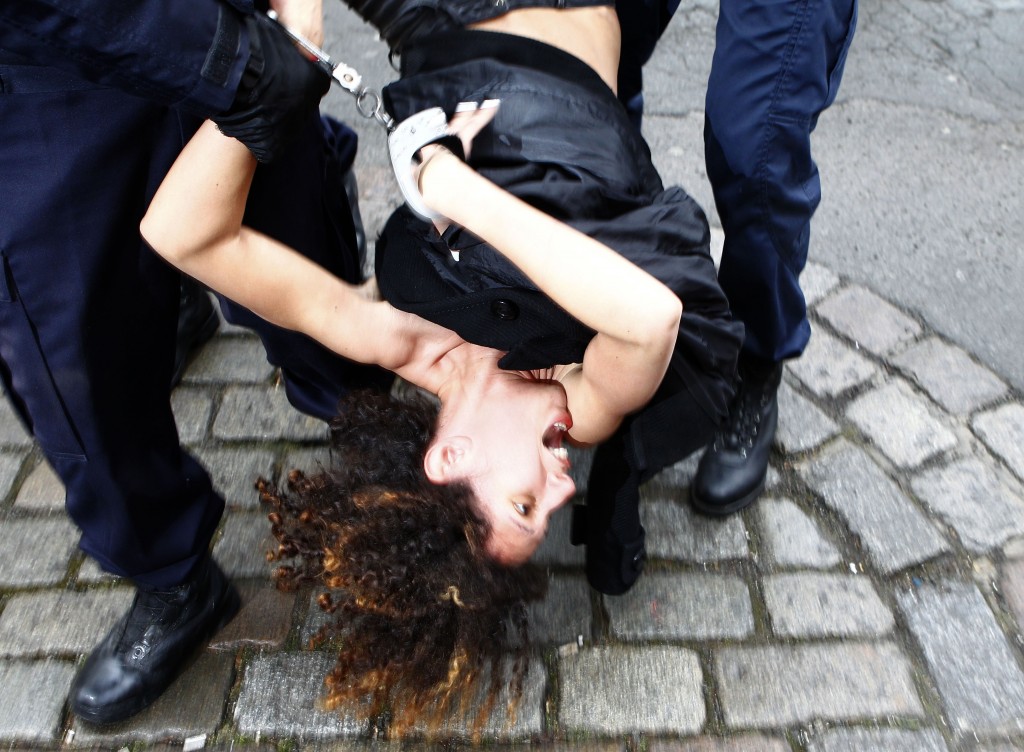 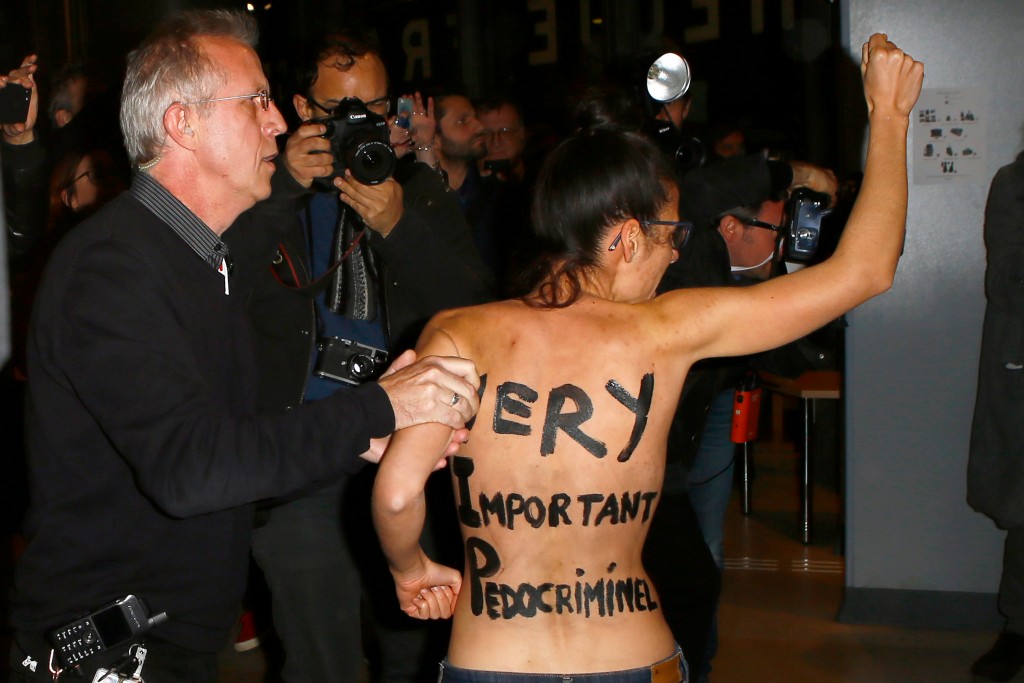 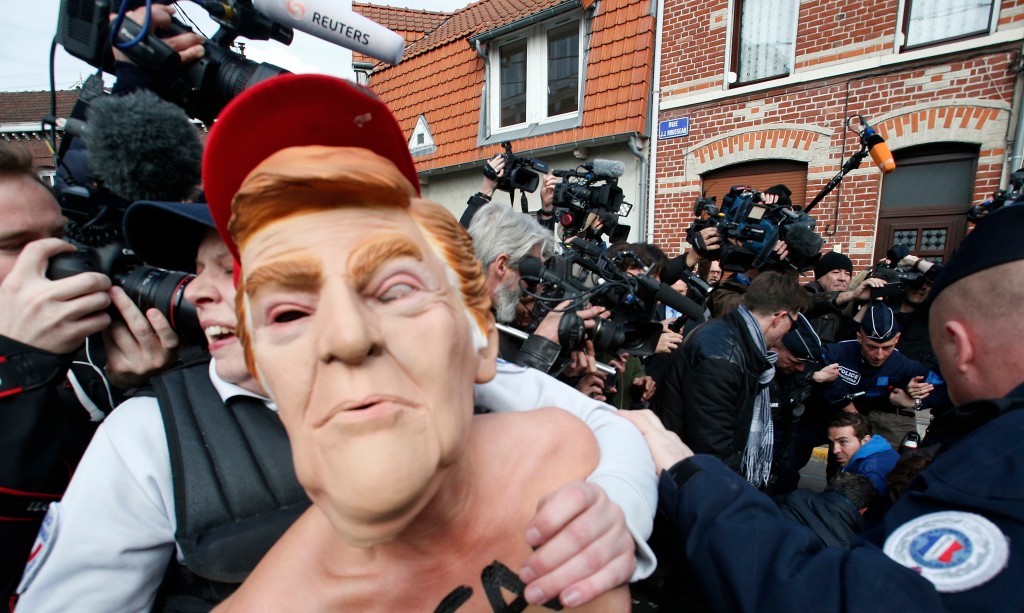 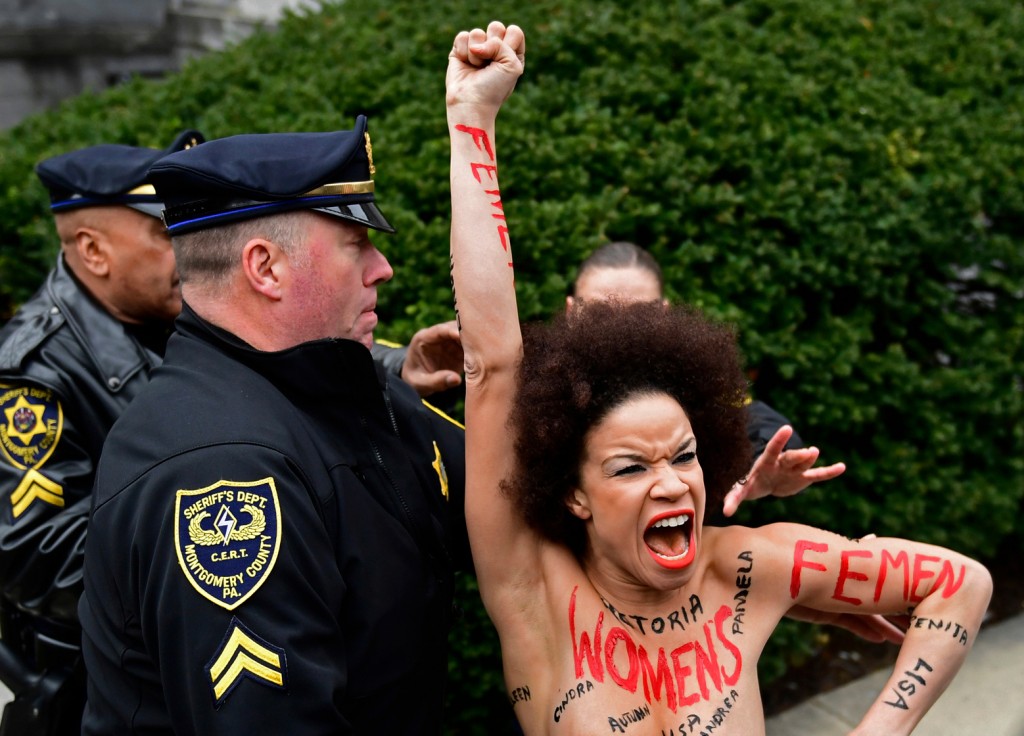 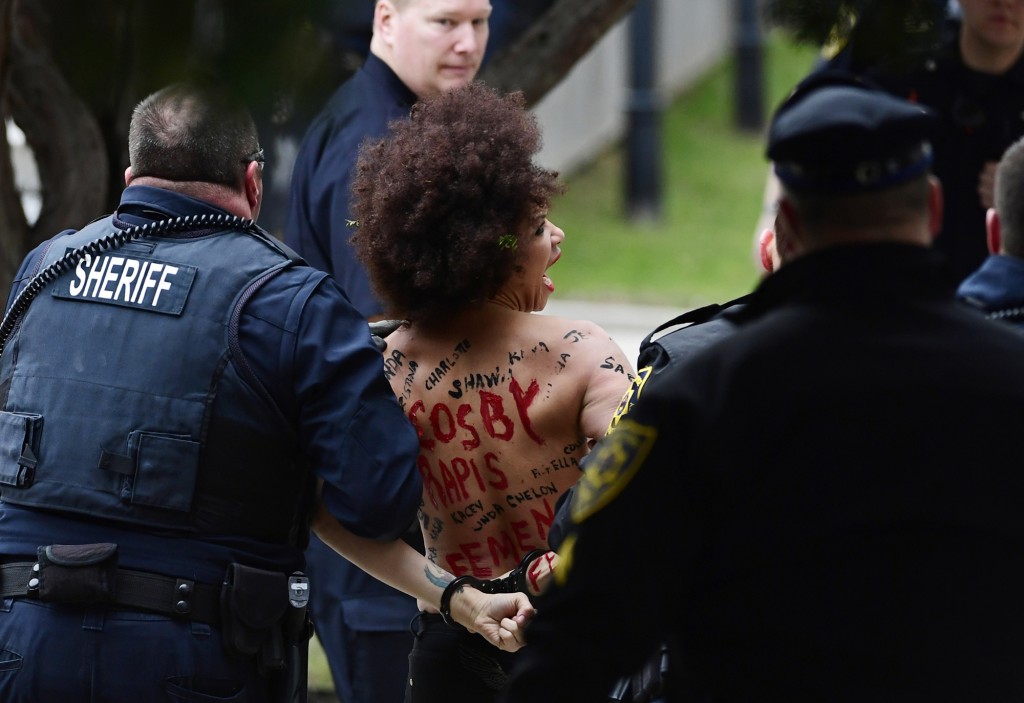 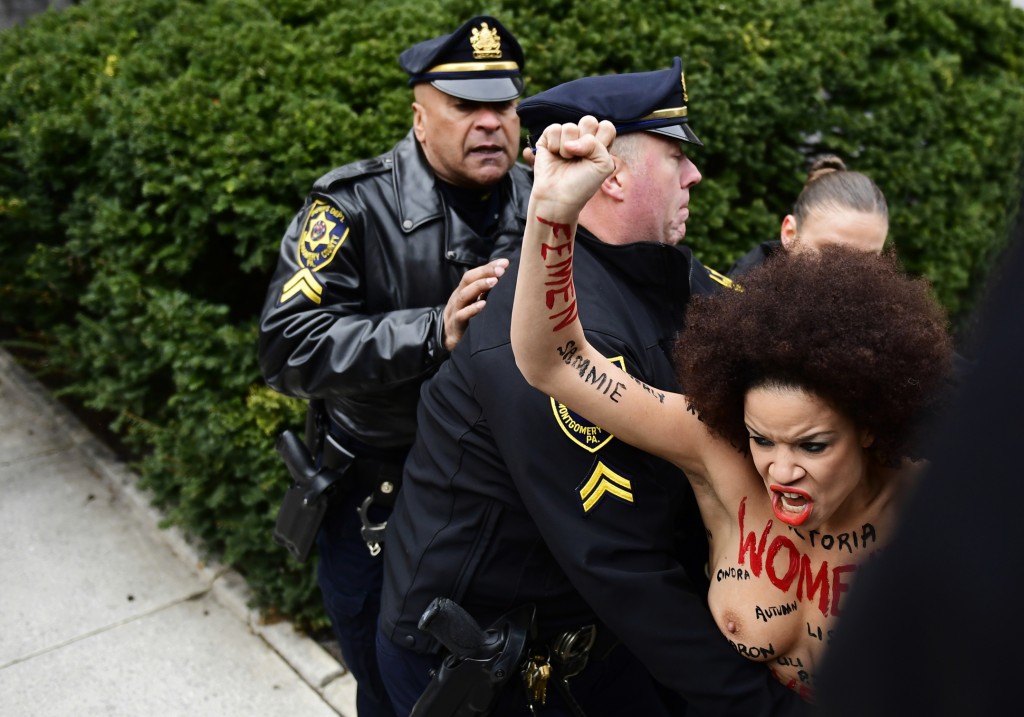 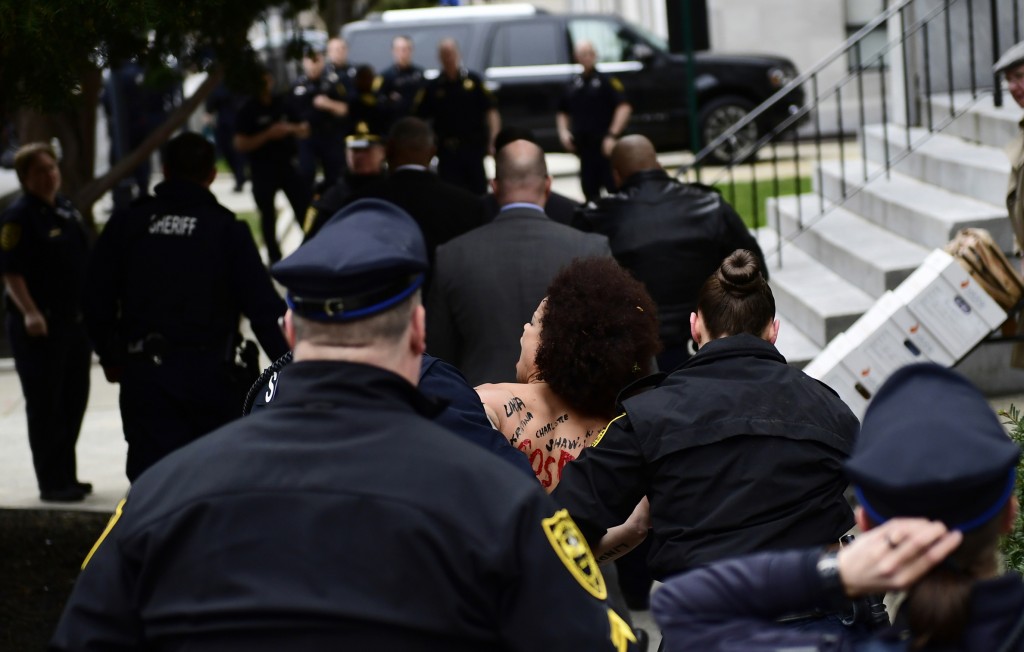 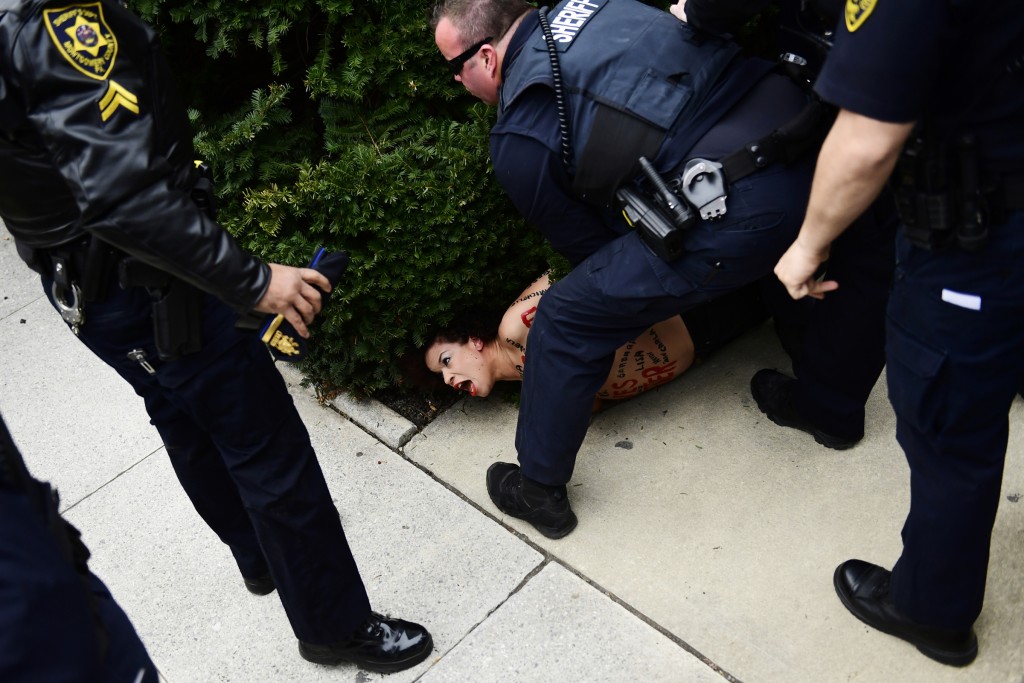 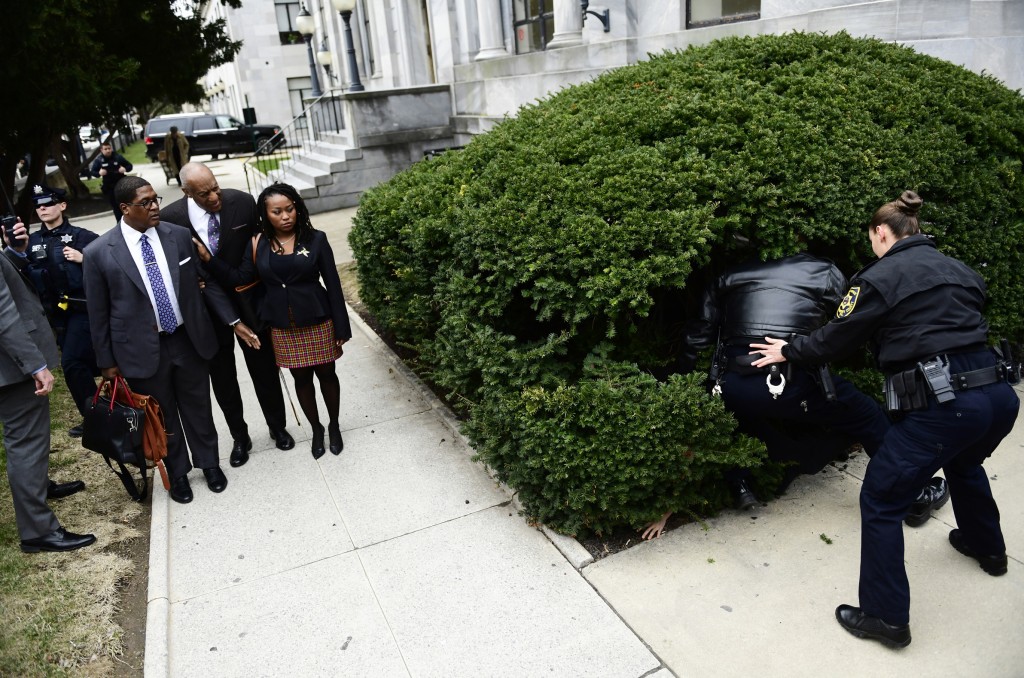 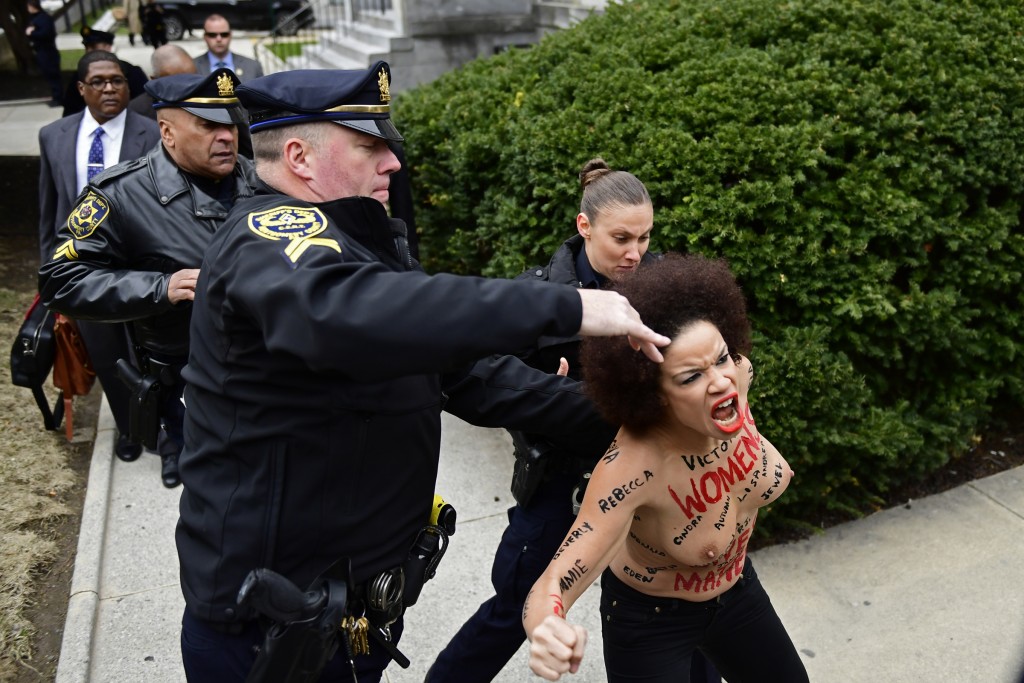 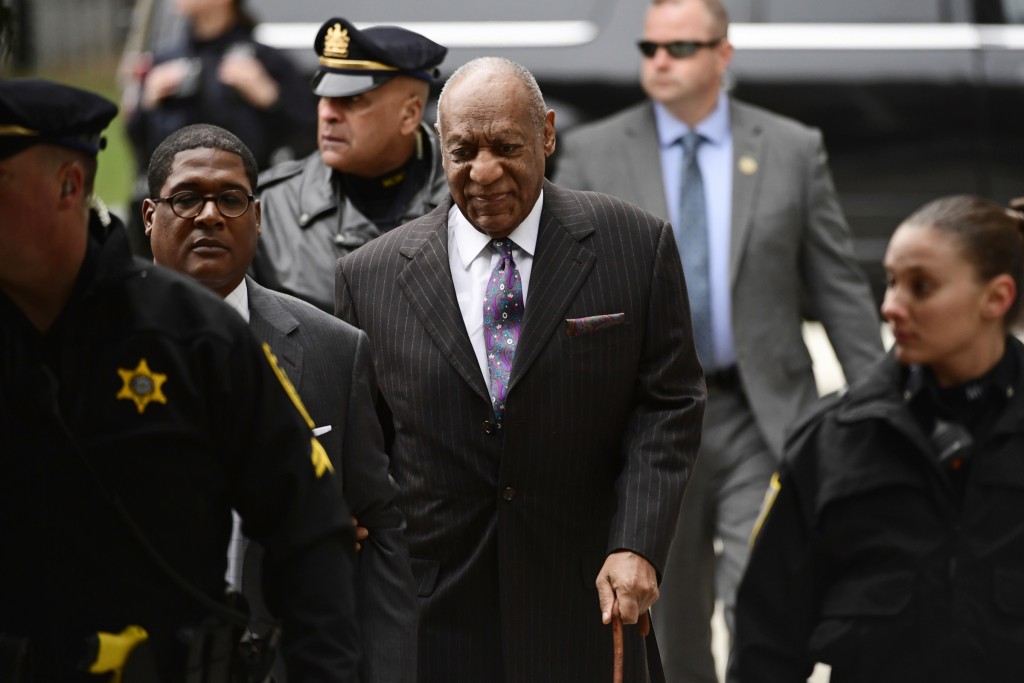 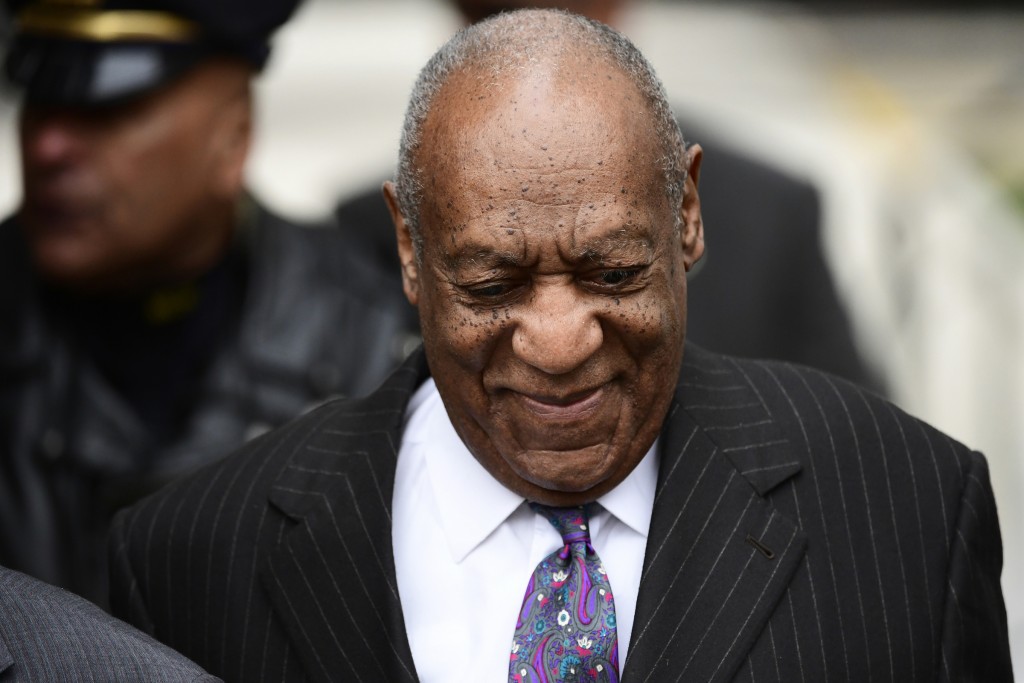 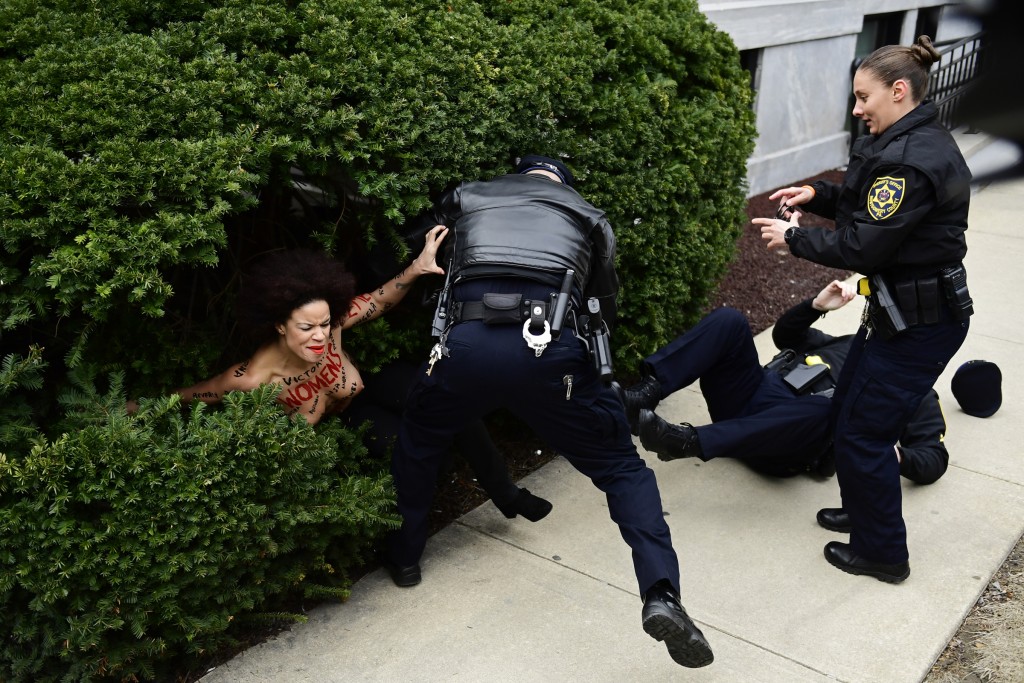 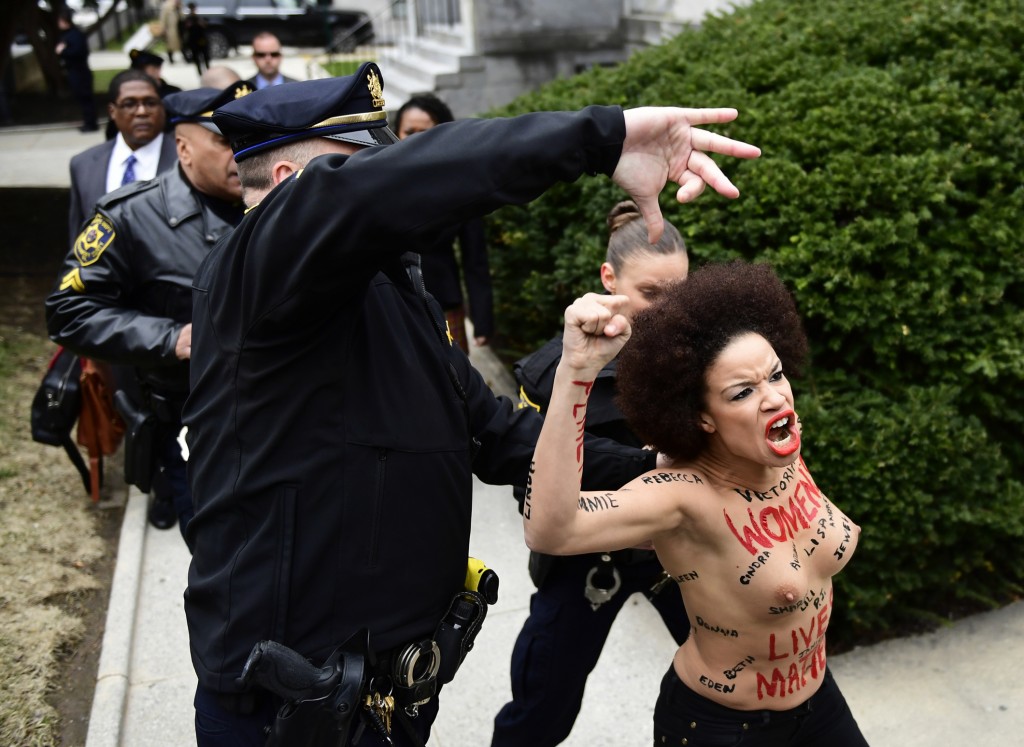 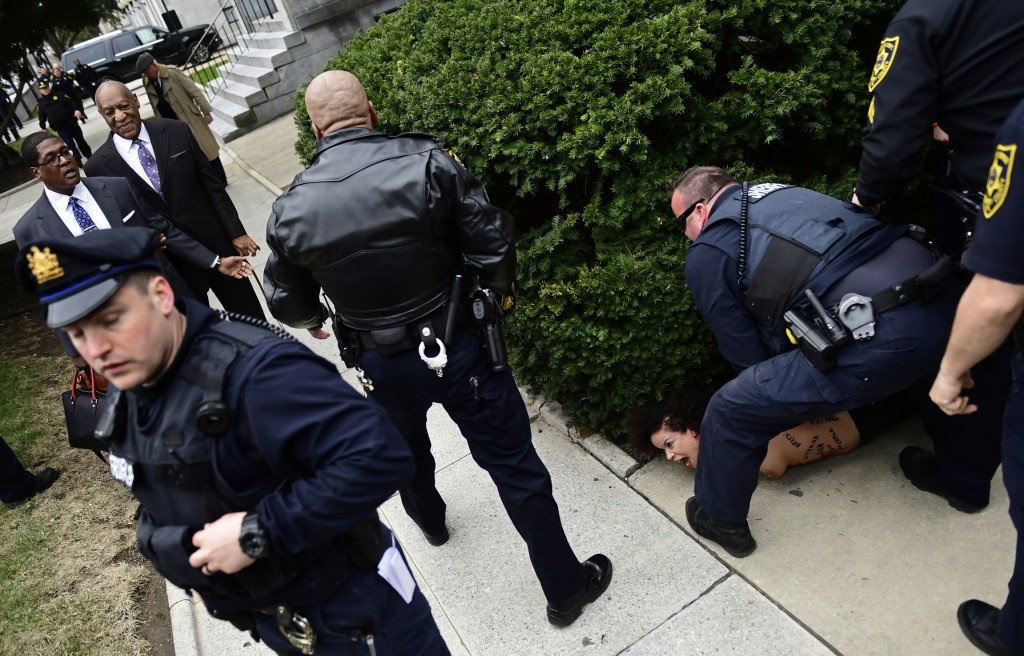 PARIS (AP) — The women of Femen have bared their breasts at the Vatican, in front of Russian President Vladimir Putin and now at a Pennsylvania courthouse, all for one cause: fighting patriarchy.

Here's a look at the group, which claimed responsibility for a topless protest on Monday at the start of Bill Cosby's sexual assault retrial:

Femen was born from a 2008 pajama party in Ukraine, where a group of young feminists decided to use sexuality to protest Ukrainian women being trafficked for sex and other women's issues.

While the group publishes books and holds conferences, it's best known for activists taking off their shirts and bras to show political messages scrawled on their breasts and backs.

Despite its extreme and often illegal antics, it has attracted sponsors and members of multiple nationalities and is now present in eight countries, Paris-based Femen leader Inna Shevchenko said.

The group has been re-energized in recent months amid the MeToo movement against sexual violence and other misconduct.

Femen activists target their unauthorized actions carefully to attract as much media attention as possible. That media obsession and the members' use of their breasts as a protest tool have drawn criticism from feminist groups and others who see Femen protests as a distraction.

Femen argues that its actions are more effective than officially sanctioned protests at shaming any "manifestation of the patriarchy," Shevchenko said.

That includes the sex industry, religious institutions and far-right politicians who pursue "strategies of division of society, hate, xenophobia and threaten women's freedoms," she said.

Femen members argue they can be both feminist and sex bombs.

Trials and jail time for illegal protests haven't deterred Femen activists and sometimes serve to call more attention to their cause.

They have targeted the pope, an Islamist government in Tunisia, capitalist bosses at the World Economic Forum in Switzerland, gay marriage critics in France and abusive husbands in Turkey.

Some actions are violent: Femen activists broke bells in Notre Dame Cathedral and cut down a massive Orthodox cross in Kiev. Others are especially crude: simulating an abortion in a church or baring a bottom and squatting to demand more public toilets.

On Monday, a protester with "Women's Lives Matter" written on her bare chest jumped a barricade as Cosby walked into a suburban Philadelphia courthouse. Protester Nicolle Rochelle, an actress who had appeared on "The Cosby Show," was charged with disorderly conduct.

She had the names of more than 50 women who have accused Cosby of sexual misconduct scrawled across her body.

"I wanted him to feel what he did and have it be in his face," she said.

Cosby has denied drugging and molesting a woman at his home in 2004.