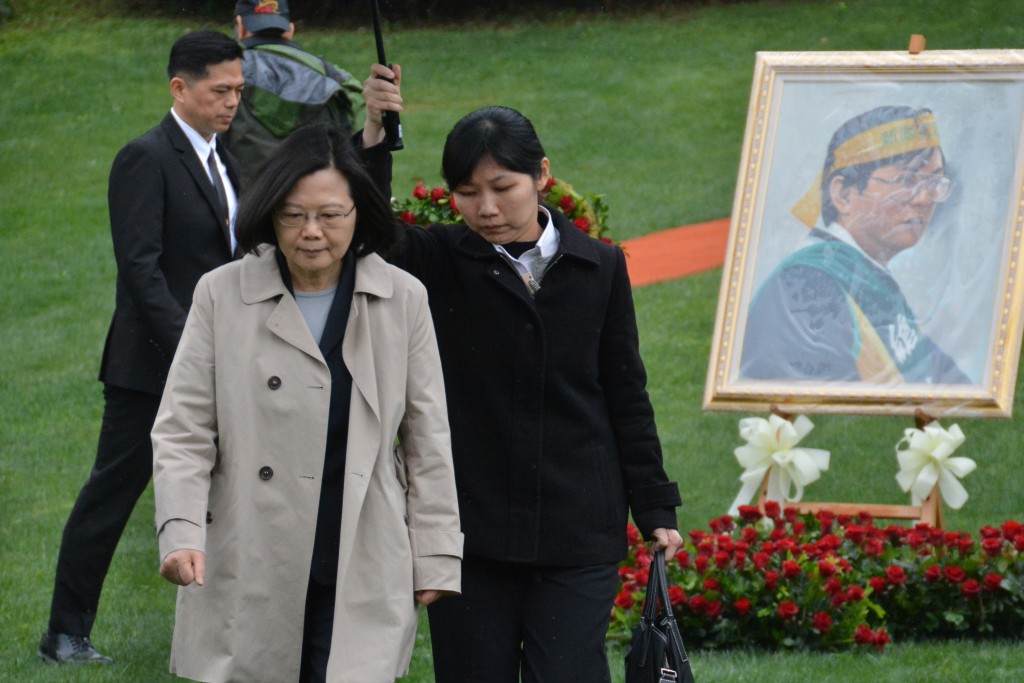 Taipei (CNA) - President Tsai Ing-wen stressed the importance of transitional justice for Taiwan on Saturday, calling it the most important step following the democratization of the country.

At an event to commemorate pro-democracy pioneer Cheng Nan-jung, Tsai said it is important the country gets transitional justice right.

While the world already associates Taiwan with democracy, there is one missing element, namely the carrying out of transitional justice, the president said.

The process, which is rooted in uncovering the truth, taking responsibility and social reconciliation, is one the Tsai administration has long championed.

Tsai said the first thing the Transitional Justice Promotion Committee will do once it is established is to research what really happened when Taiwan was governed by former Kuomintang (KMT) administrations under martial law from 1945-1992.

The nominees for the committee, the last three of whom were announced on Saturday by the Cabinet, will now undergo legislative review and confirmation.

Tsai said the committee measures up to the transitional justice teams of other countries and she looks forward to the Legislature's support of its members. (By Sunrise Huang and Kuan-lin Liu)