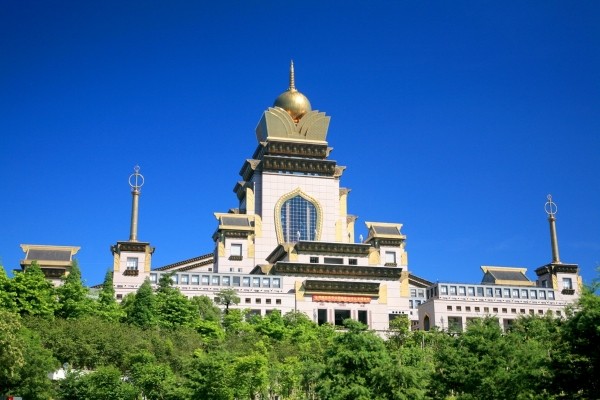 TAIPEI (Taiwan News) -- The Telegraph last Wednesday (March 28) released a list of 10 surprising facts about the Taiwan many in the West may not be aware of.

In its list titled "Top 10 | Things you didn't know about Taiwan," the British newspaper lists a number of lesser-known facts and figures about Taiwan as the country seeks to attract more visitors from Western countries. In 2011, Taiwan became one of the first countries to offer free Wi-Fi to its citizens and in 2013 it extended the service to tourists. It now boasts over 5,000 Wi-Fi hotspots established in indoor public areas and is also accessible in all 117 Metro stations in Taipei and New Taipei. As the name indicates, Modern Toilet Restaurant is a bathroom-themed restaurant chain. Meals are served out of mini-commodes, drinks are delivered in miniature urinals, while desert is provided in what looks like a squat toilet. Having launched in 2004, the restaurant has been so successful that it now has 11 outlets in Taiwan and China. 7. A world leader in billionaires The Telegraph cites the 2016 Forbes list of billionaires which had Taiwan in 18th place with 25. However, in Forbes' latest list, released in March of this year, Taiwan now has 35 billionaires.

Foxconn's Gou was most recently in the news in the U.S. after he signed to biggest development deal in Wisconsin's history to build LED screen manufacturing facilities in the state's Racine County. According to an article by the Telegraph, the average Taiwanese citizen consumes 1.85 kilograms of tea a year, putting the country in 17th place in the world. Taiwan trails only Macao for the top spot in East Asia, while the overall winner was Paraguay at 12.22 kilograms per capita per year.

5. Tenth most "Starbucks-saturated" place in world

According to the International Coffee Organization, despite all the tea drinking, Taiwan is also 10th in the world in terms of Starbucks branches per capita at 16.74 stores per million people. In fact, Starbucks is currently celebrating its 20th anniversary in Taiwan with a special exhibition at Taipei's Huashan 1914 Creative Park which is running from March 17 to April 12.

4. One of cheapest places to get Big Mac According to the Big Mac index for 2018 listed by Statista, Taiwan actually has the fourth cheapest Big Macs in the world at only US$2.30, and trails only Russia, Egypt and Urkraine, where the sandwich can be had for a mere US$1.6. The Big Mac index was first started in 1986 as way to measure a given country's purchasing power.

The Big Mac prices for each country are calculated based on purchasing power parity and converted into U.S. dollars. The Telegraph highlighted the fact that Taiwan possess both the historic narrow gauge Alishan Forest Railway, which was opened in 1912 and therefore celebrated its 106 year anniversary this year, while the country also has the High-Speed Rail (HSR) line which links most of the country's major cities from north to south. Though human rights groups such as the Taiwan Alliance to End the Death Penalty have been calling for an end to the practice, there currently 43 inmates on Taiwan's death row. Over the past two years, the number of executions per year seemed to have dropped, with zero executions taking place in 2017 and so far this year.

There was five-year moratorium placed on executions in the country from 1995 to 2010. The most recent was that of Cheng Chieh, who was shot three times by a firing squad in 2016 for the 2014 Taipei Metro attack, which resulted in four deaths and 24 injuries.

1. Taipei 101 once tallest in world with fastest elevator