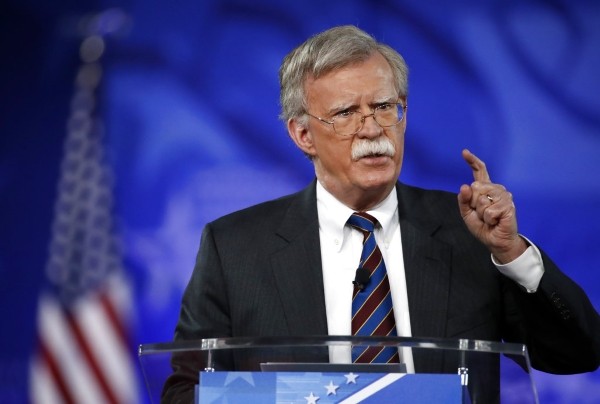 TAIPEI (Taiwan News) -- U.S. President Donald Trump's pick for his new national security adviser, John Bolton, could visit Taiwan in June, when the new American Institute in Taiwan (AIT) is slated to open, according to the Economist.

In an article titled "Taiwan is again becoming a flash point between China and America," the Economist cites rumors that Bolton may attend the opening in Taipei of the new complex housing the AIT, America's de facto embassy in Taiwan, which is slated for June.

If Bolton does indeed attend the opening, it would represent what appears to be a tilt in favor of Taiwan by the U.S., after years of adhering to an ambivalent "one China" policy in which Washington avoided publicly and directly referring to Taiwan as a separate country or sending high level officials to it. However, as Taiwan has started to progress as a democracy over the past 30 years and as China has sought to isolate it from international organizations, especially since the independence-leaning Democratic Progressive Party leader Tsai Ing-wen took office two years ago, the U.S. has lately taken measures to actively support the country.

Trump first directly received a congratulatory phone call from President Tsai, breaking with decades of protocol, only to later acquiesce to China's "one-China policy." Meanwhile, the U.S. congress added more possibilities for military exchanges in this year's National Defense Authorization Act and Trump signed the Taiwan Travel Act last month, opening the door for high-level visits between leaders of Taiwan and the U.S.

In recent weeks, Trump has taken a must harder stance with China in terms of levying an increasing range of tariffs on the communist country. According to the Economist, Beijing may view Trump's new tactics involving Taiwan, such as possibly sending Bolton to attend the opening of the new AIT office, as ways to gain leverage in negotiations over trade.

However, the magazine cautions that China's President Xi Jinping will be keeping a close eye on U.S. interactions with Taiwan after the Bolton visit. If diplomatic exchanges tend to wind down, Beijing will be reassured that it was posturing before trade negotiations, but if exchanges increase, Taiwan could become a potential flash point for tensions between the U.S. and China.

Given that Bolton is considered to be an outspoken supporter of Taiwan, and his previous recommendations that the U.S. increase arms sales to Taiwan and station troops here, tensions between the U.S. and China over the Taiwan Strait could indeed heat up.