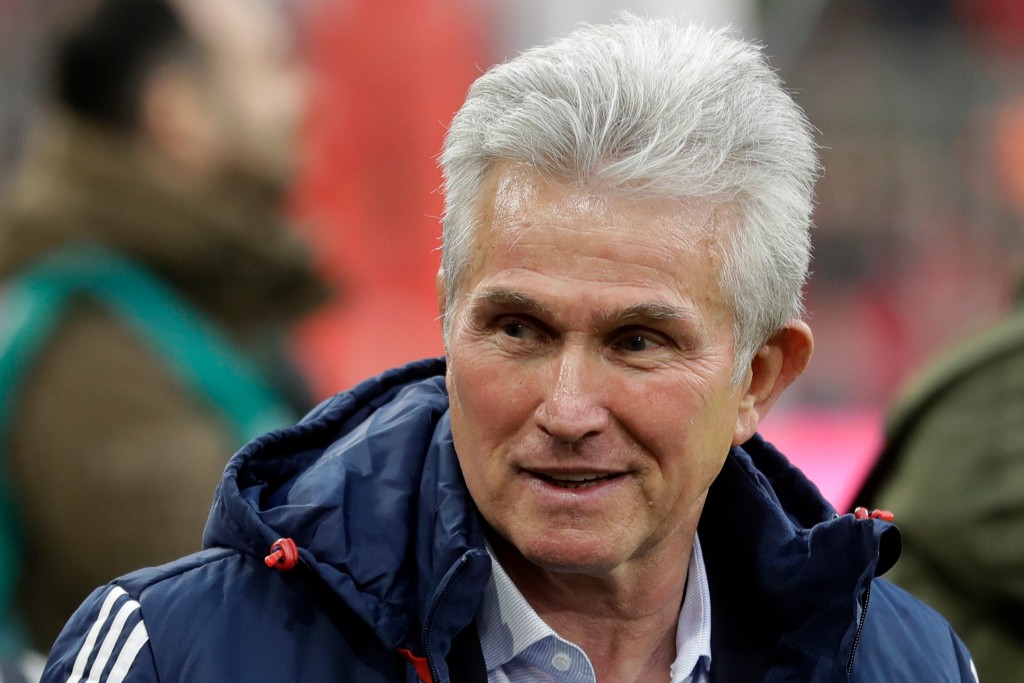 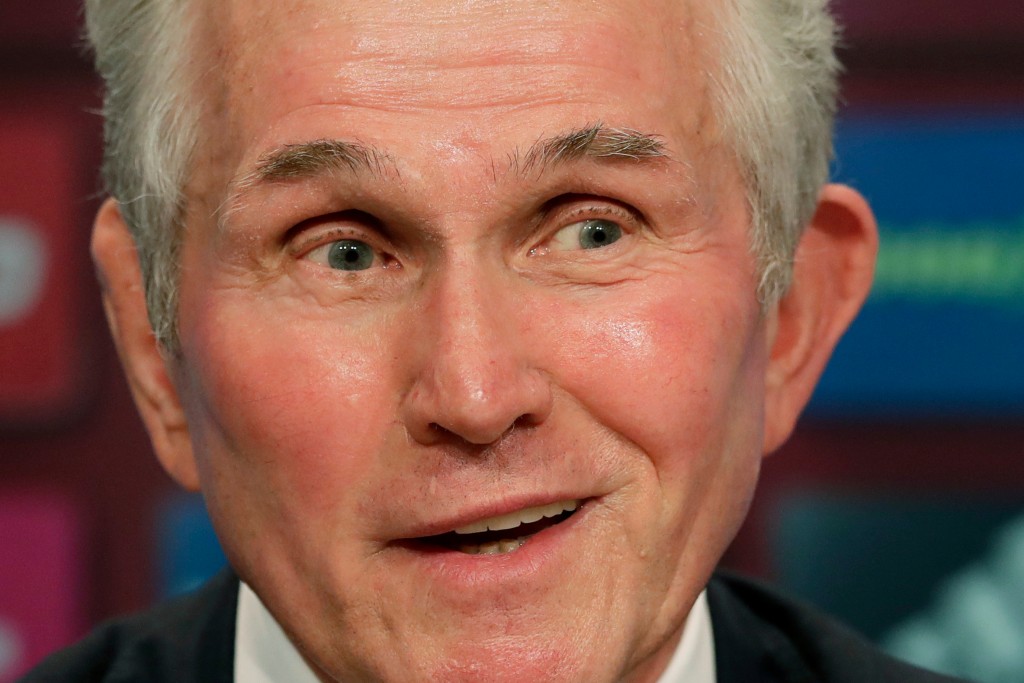 The Bavarian club will clinch its record-extending sixth consecutive championship if it wins in Augsburg, but questions over Jupp Heynckes' successor have been dominating the buildup.

Bayern was unable to convince Heynckes to continue beyond the end of the season. Heynckes, who returned out of retirement for a fourth stint in October, instigated a remarkable turnaround in the team's performances after its poor start under Carlo Ancelotti.

The veteran coach could yet lead Bayern to a repeat of the league, German Cup and Champions League treble he managed in his previous stint in 2013.

But the 72-year-old Heynckes — he will be 73 next month — always maintained he wouldn't continue for another season, and he has stuck to his position despite efforts from club president Uli Hoeness to change his mind.

The club has slowly accepted Heynckes' decision and its search for a replacement is finally underway.

Eintracht Frankfurt's Niko Kovac, Leipzig's Ralph Hasenhuettl, Hoffenheim's Julian Nagelsmann and former Borussia Dortmund coach Thomas Tuchel have all been linked with the club, though the latter has been ruled out after losing patience with Bayern's attempts to extend Heynckes' stay.

"Our sporting director Hasan Salihamidzic has held talks with coaches, among them Tuchel. He then gave notice that he has signed with another club," Bayern chairman Karl-Heinz Rummenigge said last weekend. "But that's no problem for us. We're at ease."

Rummenigge said he imagined the club would announce a replacement for Heynckes before the end of this month.

"We want a German-speaking coach," he added.

Kovac, a former Bayern midfielder, has emerged as the favorite in German media reports, though the Frankfurt coach has attempted to dampen the speculation.

"Lots of things happen in soccer. I don't know what will happen tomorrow. As it is now I am (Frankfurt) coach until 2019," Kovac said Wednesday.

Kovac's team faces Hoffenheim - a direct rival for European qualification - on Sunday, and it's clear that that Frankfurt officials are angered by the distraction at a decisive stage in the season.

"I'm not playing this game," Frankfurt sporting director Fredi Bobic said. "I've no desire for it. It bores me."

Bobic pointed to the detrimental effect of speculation on Hoffenheim earlier in the season when Nagelsmann was being linked with a move to Bayern and Dortmund.

"That cost them points," Bobic said. "This is about sporting success. We have targets - we want to reach them and not have them ruined by speculation."

Despite his relative inexperience, Kovac saved Frankfurt from relegation after taking over in March 2016, then led the team to mid-table and the German Cup final last season. This season has seen further improvement.

While Bayern continues its search for his replacement, Heynckes will do what he can to ensure he signs off on a winning note. If his team does not secure the league title this weekend, it's all but certain to do so over the remaining five weekends.

Bayern also closed in on the Champions League semifinals after beating Sevilla 2-1 on Tuesday, while the club plays at Bayer Leverkusen in the German Cup semifinals on April 17.