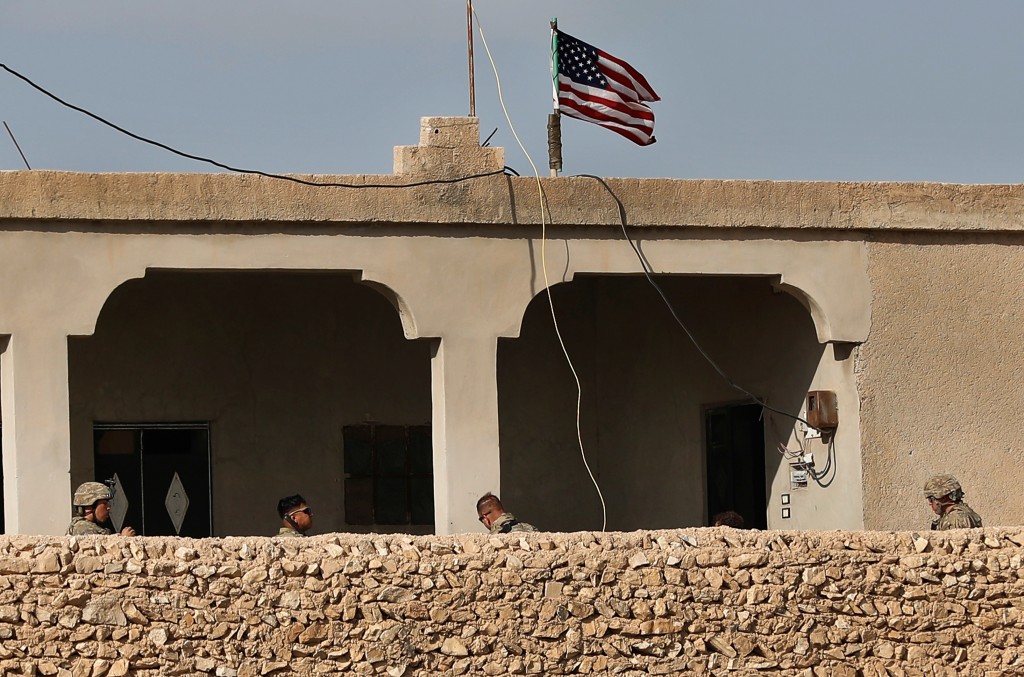 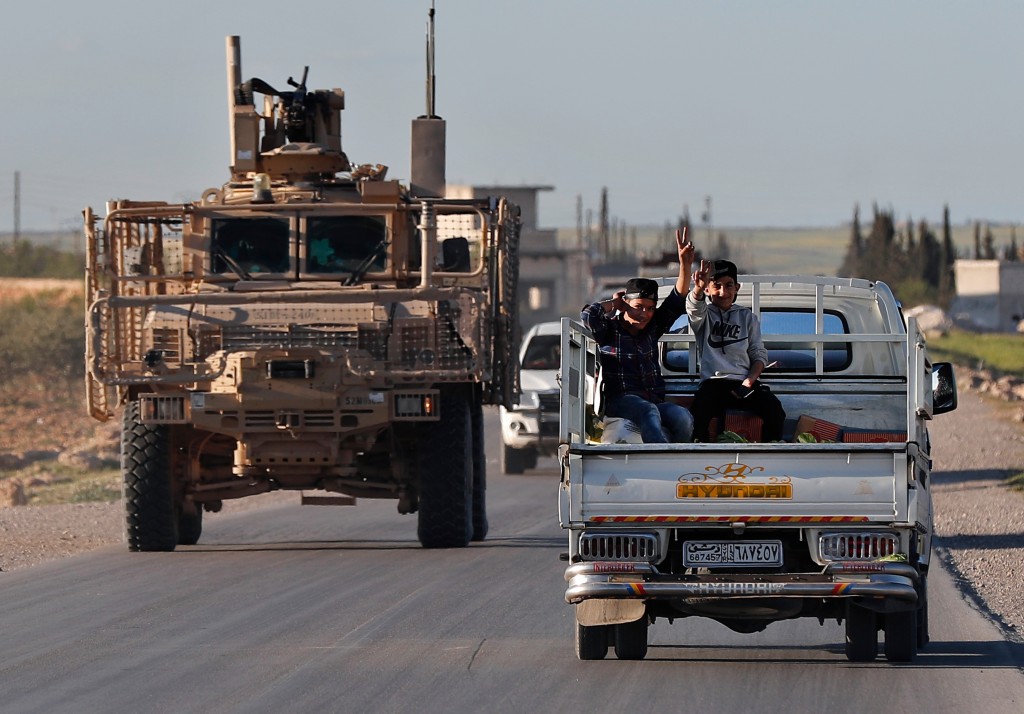 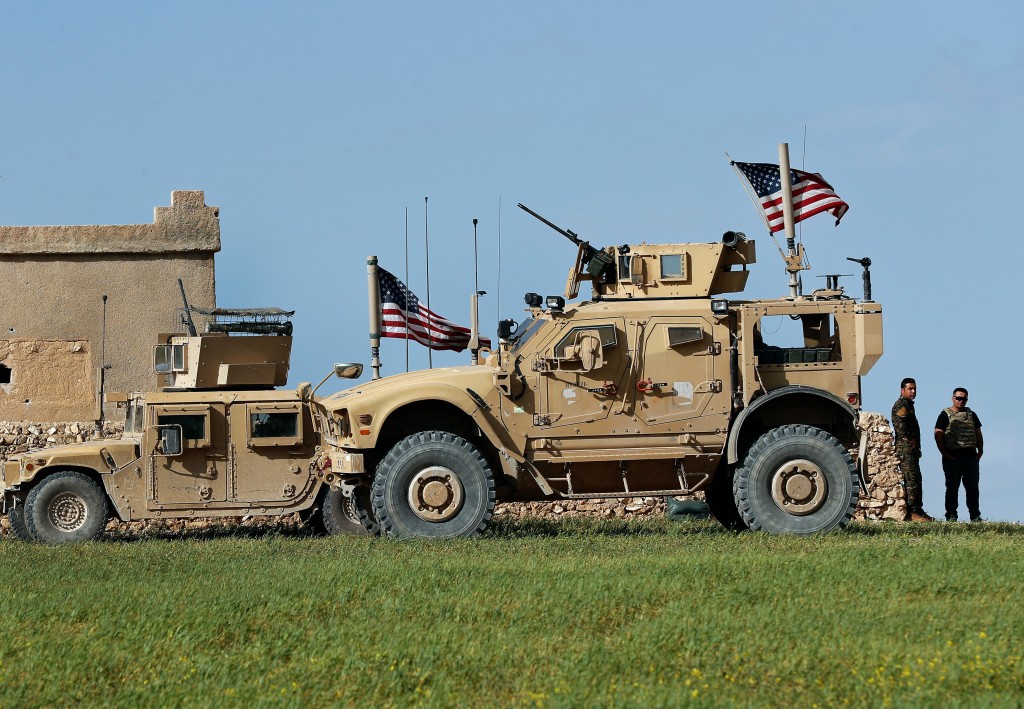 WASHINGTON (AP) — With a decision seemingly imminent about whether to bring home U.S. troops from Syria, President Donald Trump's national security team is advising against a hasty withdrawal even as he makes his preference clear: "I want to get out."

Trump said he expects to decide "very quickly" whether to remove U.S. forces, saying their primary mission was to defeat the Islamic State group. "We've almost completed that task," he said.

Trump's comments to reporters at the White House on Tuesday conflicted with views of his military advisers, some of who spoke at a separate event in Washington about the need to stay in Iraq and Syria to finish off the militant group that once controlled large swaths of territory in both countries.

At a news conference with the leaders of the Baltic nations, Trump was asked whether he still favored pulling U.S. troops out of Syria.

"As far as Syria is concerned, our primary mission in terms of that was getting rid of ISIS," Trump answered, using an acronym for the Islamic State group. "We've completed that task and we'll be making a decision very quickly, in coordination with others in the area, as to what we will do."

The mission is "very costly for our country and it helps other countries a helluva lot more than it helps us," Trump said.

"I want to get out. I want to bring our troops back home. I want to start rebuilding our nation," he said.

According to officials familiar with the preparations for the meeting, that team, including CIA chief Mike Pompeo, who has been nominated to be secretary of state, strongly advised against a hasty withdrawal from Syria. The officials spoke on condition of anonymity to discuss internal talks.

Also on the meeting agenda was the fate of some $200 million in U.S. stabilization assistance for Syria that the White House put on hold after Trump said last week that he wanted to leave Syria "very soon." The State Department was to have spent the money on building up the country's infrastructure, including power, water and roads.

Trump in recent weeks has asked Saudi Arabia to contribute $4 billion for reconstruction in Syria, according to a U.S. official, as part of the president's effort to get other countries to pay for stabilizing the country so the U.S. isn't on the hook. The United States is awaiting a response from the Saudis, said the official, who wasn't authorized to discuss the conversations publicly and spoke on condition of anonymity.

A senior Syrian Kurdish official said Trump's comments on wanting to withdraw from Syria came at an "inappropriate time" as Islamic State militants re-emerge in eastern Syria and amid threats from Turkey.

The main IS holdout in Syria is in the eastern province of Deir el-Zour, where momentum by the U.S.-backed Syrian Democratic Forces has stalled in recent weeks as many Kurdish members of the group have shifted west to the Afrin area to fight Turkish forces. Pentagon officials have publicly raised the prospect of this giving the IS group the breathing room it needs to regroup.

Many have warned that a premature U.S. withdrawal from Syria would cede the country to Iran and Russia, which have supported Syrian President Bashar Assad. Iran's continued presence in Syria is especially troubling to neighboring Israel, a U.S. ally that regards Iran as an existential threat.

Gen. Joseph Votel told a conference at the United States Institute of Peace that the United States would have to continue its work against remnants of IS in eastern Syria. Votel is commander of U.S. Central Command, which oversees U.S. military operations across the Middle East, including Syria.

Votel said the military campaign has been largely successful but is not over.

"The hard part, I think, is in front of us, and that is stabilizing these areas, consolidating our gains, getting people back into their homes, addressing the long-term issues" such as reconstruction. "There is a military role in this, certainly in the stabilization phase."