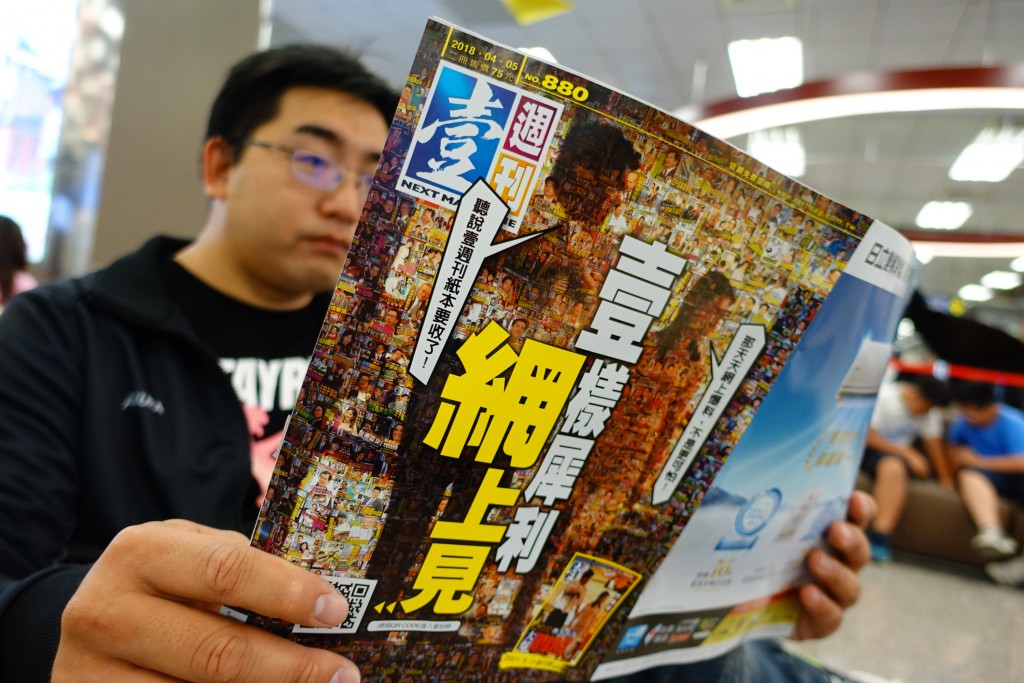 TAIPEI (Taiwan News) – The final printed edition of the Taiwanese version of Chinese-language Next Magazine (壹週刊) became available to the public Wednesday, though it will continue online.

The Taiwanese version of the Hong Kong magazine was launched in 2001, and over the years built up a reputation for paparazzi-style reports about celebrities but also for uncovering political and business scandals.

The first printed edition on May 31, 2001, had a print run of 270,000, putting the daughter of then-President Chen Shui-bian (陳水扁) as well as alleged affairs by local celebrities on its frontpage, the Central News Agency reported.

The magazine became a dress rehearsal for the same group’s Apple Daily newspaper, which followed the same example, basically British tabloids full of gossip about the private lives of celebrities but also of politicians and business leaders.

During its 17 years and 880 magazines, Next often faced court cases due to accusations of breach of privacy and slander from personalities targeted by its reports.

The switch to web-only content is a symptom for the changes in the local news landscape and is symbolic for the media environment in 2018, CNA quoted media experts as saying.

The original Hong Kong version of Next Magazine stopped printing in mid-March. The company said some of the staff would be given new jobs within the group, but no mass layoffs would follow.