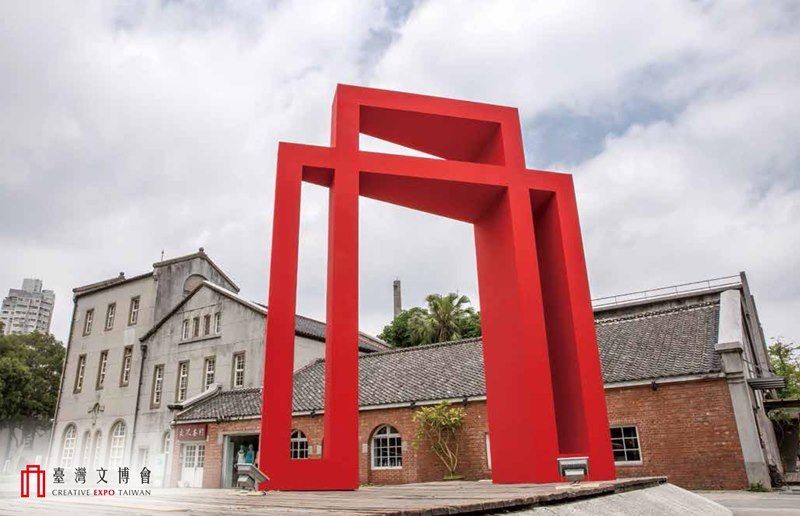 Organized by the Ministry of Culture and Taiwan Design Center, the five-day event is taking place at Huashan 1914 Creative Park, Songshan Cultural and Creative Park, and Taipei Expo Park. In addition to the latest products by exhibitors from home and abroad, the expo features bazaars, exhibitions and film screenings bringing visitors up to speed on Taiwan’s unique brand of design.

In addition, 13 of Taiwan’s cities and counties are curating custom tours encompassing 146 cultural destinations as part of efforts promoting the expo, cultural tourism and local businesses.

MOC Vice Minister Lee Lien-chuan said starting last year, the ministry began selecting themes for the expo with a view to strengthening the cultural content of the event. This was accomplished by interpreting diverse views of different eras and cultures, as well as stimulating creativity and innovation, he added.

According to the MOC, these efforts paid quick dividends with the Cultural Explosion-themed pavilion for the 2017 event named one of the Best 100 by Japan’s Good Design Award. This was on the strength of its content curating and spatial and visual designs for displaying cultural and creative merchandise in a nontraditional manner.

GDA is a “uniquely comprehensive platform for design evaluation and advocacy” hosted by Tokyo-headquartered Japan Institute of Design Promotion. A total 1,403 out of 4,495 entries were awarded in last year’s edition.

It is expected that the Body Knowledge theme of this year’s expo will prove equally successful, according to the MOC. The concept seeks to explore senses of the human body and how proprioception influences humanity’s comprehension and interpretation of aesthetics, culture and originality.

Inaugurated in 2010, the annual Creative Expo Taiwan plays a key role in the strategic promotion of the cultural and creative industry by the MOC. The sector was first included in the national development plan in 2002 and further prioritized following promulgation of the Law for the Development of the Cultural and Creative Industries in 2010.