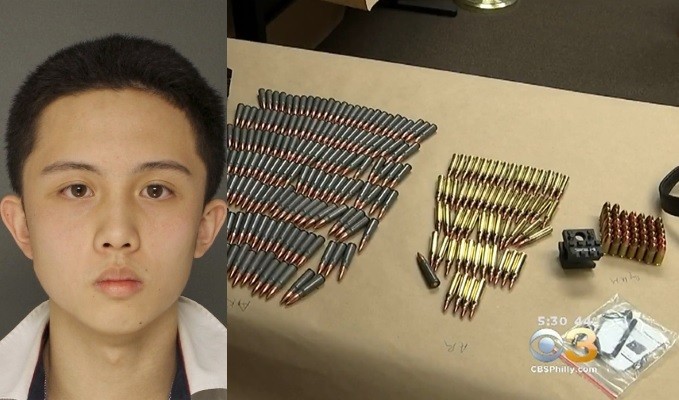 TAIPEI (Taiwan News) -- An Tso "Edward" Sun (孫安佐), a Taiwanese exchange student arrested last week for allegedly threatening to "shoot up" a private school in Pennsylvania could face up to 10 years in jail for making terroristic threats.

After news broke today that police in Upper Darby, Pennsylvania have found more evidence belonging to Sun in the form of a 9 mm handgun and over 1,600 rounds of ammunition of varying calibers, an American attorney familiar with the case told Apple Daily that if Sun is transferred to federal authorities, the severity of the charges and punishment could rise. "If it is really identified as a crime involving transnational or intercontinental terrorist attacks under federal law, Sun is likely to be sentenced to 10 years," said the lawyer.

Upper Darby Police Superintendent Michael Chitwood on Monday revealed more evidence that they have discovered in a black bag which contained ammunition for an AR-15, AK-47 and an untraceable handgun Sun had assembled. Based on the evidence gathered so far, Chitwood said "we certainly feel he was going to shoot down the school."

According to police, the bullets found to have been acquired by Sun included 225 rounds of 12-gauge shotgun ammo, 663 rounds of 9 mm ammo, 295 round of AR-15 ammo, and 425 rounds of AK-47 ammo, as well as other types of ammunition. The 9 mm handgun was assembled by Sun from untraceable parts he had purchased online.

It is his collection of AR-15 ammunition that is especially problematic, as the AR-15 has been the weapon of choice in a number of recent mass shootings, including the school shooting at Marjory Stoneman Douglas High School on Feb. 14 in Parkland, Florida. The existence of this ammunition and his online searches on how to purchase the weapon, make his "just telling a joke" defense more difficult to justify.

Also, Taiwanese lawyer Chiu Chang (邱彰) today said to Apple Daily that because Sun had lied to police that he did not have a gun in his possession, when in fact he did, it means that "This constitutes making a false statement to police, and the whole case has been escalated to a terrorist threat, a federal crime. The 'good boy' will probably not be able to go home for a long time." Forensic scientist Henry Lee (李昌鈺) told Apple Daily that if the the case would be reviewed by Homeland Security, and if federal authorities determine that he was "hoarding firearms," he could face even more serious charges.

On March 26, the 18-year-old An Tso Sun allegedly warned a 17-year-old classmate not to attend class at Monsignor Bonner Archbishop Prendergast Catholic High School in Upper Darby, Pennsylvania on May 1, as he said he "was going to shoot up the school" that day, according to police. The classmate then notified a school social worker, school authorities notified the police and An Tso Sun was arrested a 9:38 a.m. the next morning after allowing a detective to question him.

On March 27, a search of his living quarters turned up a garrote, a crossbow, a ballistic vest and ammunition, but no gun. Police said he had been searching online for information on how to buy an AK-47 assault rifle or an AR-15 semiautomatic rifle.

Examples of various types of ammunition purchased by Sun. (Photo by CBS Philly)

Sun's mother, Di Ying (狄鶯), who is a famous TV and Taiwanese Opera actress, told local news channel SET News that the boy had just made those threats as a joke to his friends and the prop gun that the US police had found in her son's room were in fact bought in Taiwan and taken to US by Sun to use for a Halloween outfit. She also emphasized that the threat made by her son was either a joke or just a language misunderstanding and has confirmed with the news channel that she has hired a lawyer for her son in the United States. 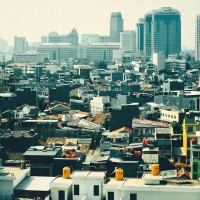 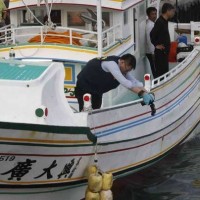 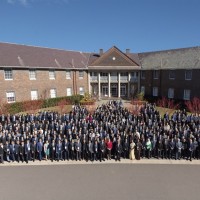 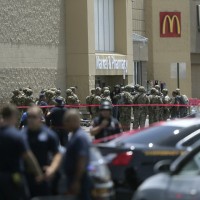