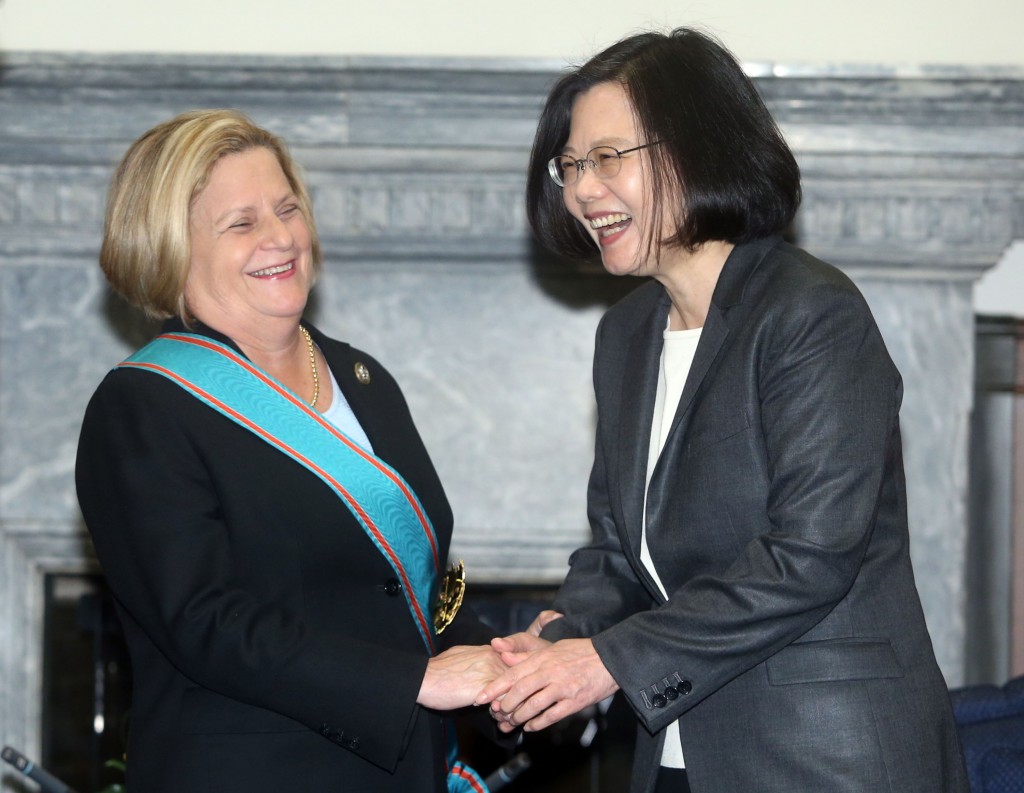 TAIPEI (Taiwan News) — Taiwan President Tsai Ing-wen (蔡英文) met with the U.S. congressional delegation led by Ileana Ros-Lehtinen Monday, during which the president expressed gratitude towards Ros-Lehtinen for promoting various Taiwan-friendly policies in the U.S. Congress, including the Taiwan Travel Act and arms sales to Taiwan.

In recognition of more than three decades of contributions to the development of the Taiwan-U.S. relations, President Tsai conferred the Order of Propitious Clouds with Special Grand Cordon on Ros-Lehtinen on Monday at the Presidential Office.

The president remarked that Ros-Lehtinen had pushed for policies in the U.S. Congress serving the benefits of both Taiwan and America, such as defending the U.S. arms sales to Taiwan based on the Taiwan Relations Act.

Praising Taiwan as having a robust democratic and liberal society which protects freedom of expression and press, Ros-Lehtinen emphasized that Taiwan “is a key ally to the U.S.” and that the U.S. government would work with the country to “make sure that Taiwan is able to defend itself in the face of Chinese pressure.”

“The U.S. will continue to cooperate with Taiwan in the negotiations of a Free Trade Agreement and arms sales deals, and to encourage Taiwan’s international participation as well as its interactions with Latin American countries,” added Ros-Lehtinen.

As 2018 marks the 39th anniversary of the enactment of the Taiwan Relations Act, Ros-Lehtinen said, “the relationship between Taiwan and the U.S. is very strong at the moment. The fact that the new office building of the American Institute in Taiwan (AIT) will open in just a few months is solid proof.”

Ros-Lehtinen and other delegates will stay in Taiwan until April 3. They will meet with senior officials in Taiwan to discuss issues of mutual interest and how to further strengthen bilateral relations, according to the AIT.

Taiwan’s Ministry of Foreign Affairs (MOFA) noted in a statement that Ros-Lehtinen, along with another delegate, Claudia Tenney, had a good relationship with Taiwan, as both of them were the members of the U.S. Congressional Taiwan Caucus and backers of the Taiwan Travel Act, which encourages the U.S. government to boost bilateral visits between Taiwanese and American officials.

MOFA added that Ros-Lehtinen welcomed President Tsai in person when the president made a stopover in Miami during her tour to Latin America in 2016. 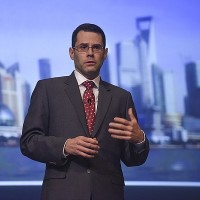