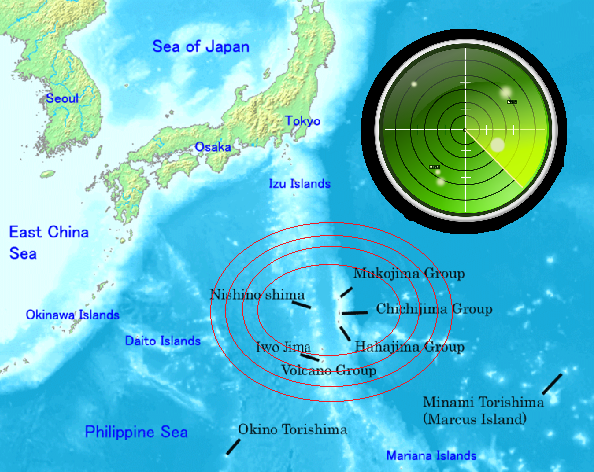 TAIPEI (Taiwan News) – With Chinese incursions into the western Pacific ocean on the rise, the Japanese Ministry of Defense has decided establish a long range radar system on one of its most eastern territories, along the Osagawara island chain.

In response to increasing activity of the Chinese air force and the aircraft carrier Liaoning’s recent passage through the first island chain into the western Pacific, Japanese defense officials are concerned that China will continue to project its power further.

The radar installation will serve as a preemptive measure in anticipation of future Chinese military activity, reported an article published on April 2 by Sankei News.

Currently, a preliminary survey and security team has been dispatched from Saitama Prefecture by the Ministry of Defense to examine current conditions and determine the best potential sites for the radar facility’s construction.

Once the report has been completed, a plan is expected to be drawn up and included in the 2019 defense spending bill.

Japan is also reinforcing its defensive capabilities around its south western territories of Okinawa Prefecture. Miyakojima Island, which already possesses a long range radar facility, may be receiving a detachment of land based SDF forces sometime in the near future, reports UDN.

Likewise, Japan’s easternmost territory, Yonaguni Island only 110km from Taiwan, is also reported to have a land based coastal surveillance team, active since March of last year.

Japan has also been making efforts to better communicate and coordinate naval security with national governments farther south in the region, having announced in early March that military advisers would be assigned to embassies in the Philippines, Vietnam, and Malaysia.