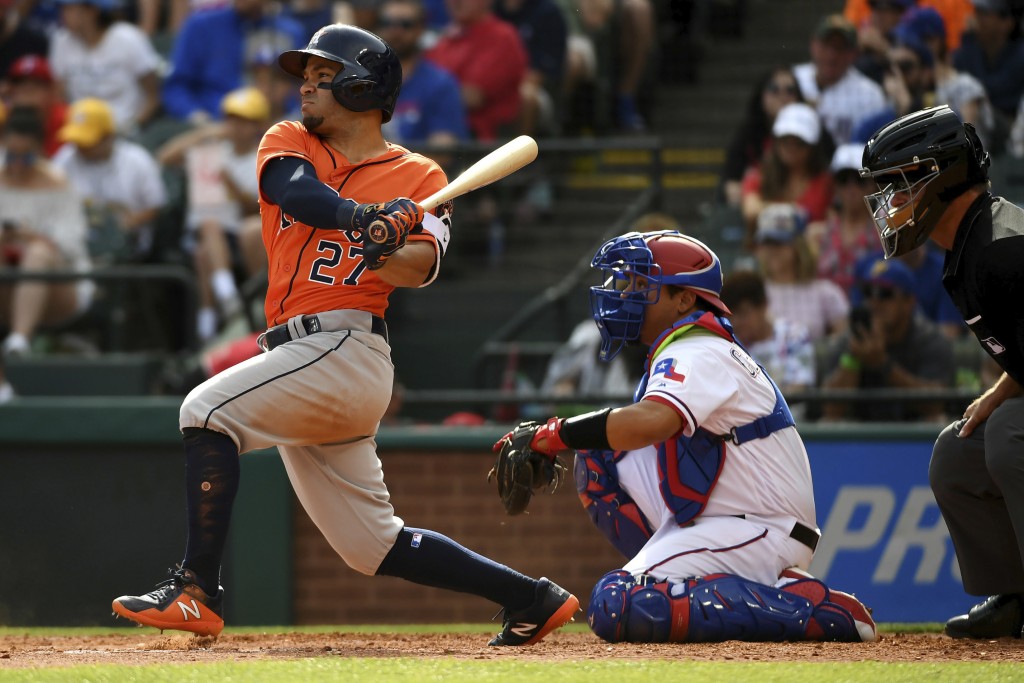 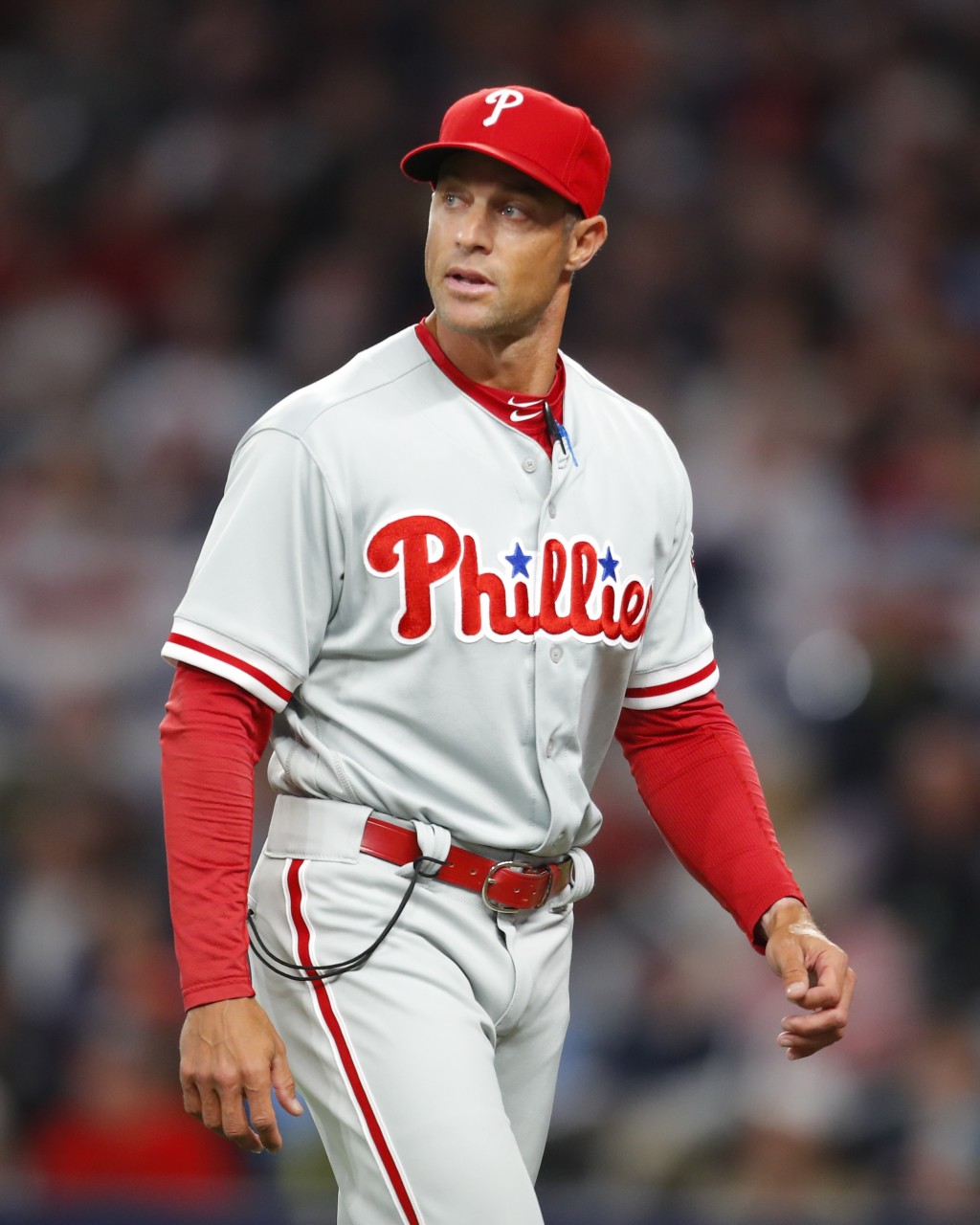 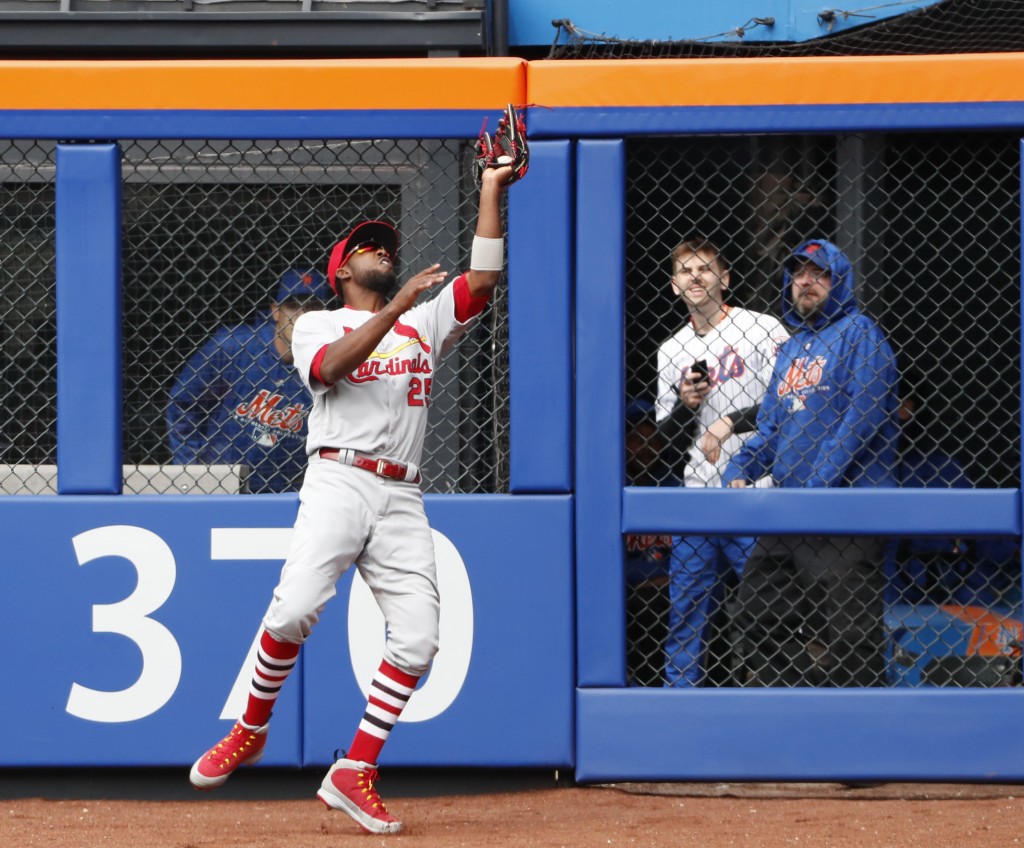 A look at what's happening all around the majors Monday:

Jose Altuve and the Astros are set to celebrate their first World Series title when they play their home opener against Baltimore. Houston will unveil its championship banner before the game and give the ball to starter Charlie Morton, who was on the mound for the final out in Game 7 at Dodger Stadium. The Astros will get their World Series rings Tuesday, when Justin Verlander makes his second start this season. Altuve's swing is already in great shape — the AL MVP and three-time batting champion is 9 for 16 so far.

About 1-3 inches of snow was forecast to fall in New York ahead of the Yankees' much-anticipated home opener against Tampa Bay — though the overnight storm was supposed to stop early in the morning. "I've never really played in snow," said slugger Aaron Judge, who grew up in California. "I've played in cold conditions before. You've just got to bundle up. That's about it." Left-hander Jordan Montgomery, coming off a 9-7 rookie season, starts for the Yankees. "I've thrown in hail before," said Montgomery, a South Carolina native. "I think I'd rather snow."

WHAT'S UP WITH THE NEW GUY?

Gabe Kapler is already catching heat from the home fans three games into his tenure as Philadelphia's manager, and now he and his rugged pitching staff open a series against the NL East-rival Mets. The Phillies used a big league-record 15 relievers in their first two games with their new skipper, plus six more in the third, and have allowed 27 runs during a 1-2 start.

Kapler's bullpen usage has been questioned, especially after he called on reliever Hoby Milner on Saturday before the left-hander had even had time to warm up — a scene that led crew chief Jerry Layne to say "whoever's at fault on the Phillies' side should have to answer to Major League Baseball." After taking Sunday off, the Phillies will face Matt Harvey at Citi Field.

Bartolo Colon is scheduled to start for the Texas Rangers in their first road game of the season in Oakland. The 44-year-old right-hander is set to join teammate Adrian Beltre as the only current players with at least 20 seasons in the majors. Both are in their 21st seasons. Colon will be the second-oldest Texas player behind Nolan Ryan, who was 46 when he made his final start in 1993.

Former major league home run champ Chris Davis, now batting leadoff for Baltimore, is 0 for 12 this season. All-Star teammate Jonathan Schoop is 1 for 13. ... Cardinals leadoff man Dexter Fowler has started the season 0 for 13 with six strikeouts. ... Signed as a free agent in February, Logan Morrison is 0 for 11 with three strikeouts for Minnesota. He had 38 homers and 85 RBIs with Tampa Bay last year. ... Boston's Andrew Benintendi is hitless in 11 at-bats.

Lance Lynn makes his Minnesota debut at Pittsburgh after signing a $12 million, one-year contract in the offseason to join a Twins rotation that's off to a terrific start. Minnesota starting pitchers Jake Odorizzi, Kyle Gibson and Jose Berrios did not allow a run during the season-opening series at Baltimore, combining for 21 innings of five-hit ball. Lynn was 11-8 with a 3.43 ERA in 33 starts last season for St. Louis.