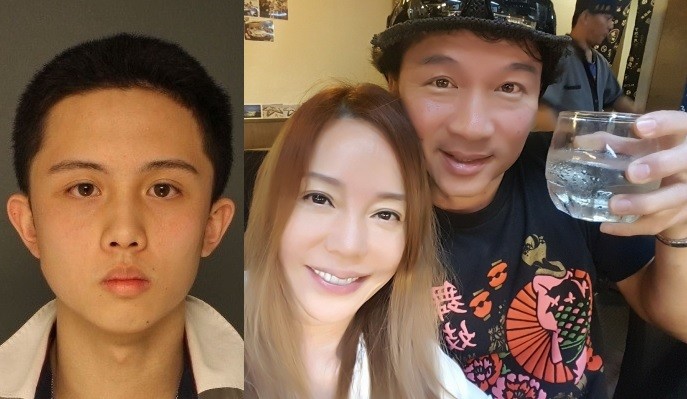 In a statement released to the media yesterday afternoon, the young man’s father Taiwanese actor Sun Peng (孫鵬) apologized on behalf of him and his wife Taiwanese opera singer Di Ying (狄鶯), and said the couple would accompany their son and only child to face the legal process in the United States. Sun said that their son's troubles have caused a lot of concern from all walks of life and expended a lot of social resources to report on the incident, "We feel very sorry."

Sun stated that they had always diligently cared for their son as he grew up, "but an incident happened after all, no matter what happens to our child, we as parents feel remorseful and guilty, we firmly believe that our child's actions were unintentional, but we will accompany our child as he faces the American legal process."

In the aftermath of the incident, Sun that the he believes his son will be more cautious in the future. "We will also pay closer attention to our son, and we thank you for your concern," said Sun.

On Monday, the 18-year-old An Tso Sun allegedly warned a 17-year-old classmate not to attend class at Bonner and Prendergast Catholic High School on May 1, as he said he "was going to shoot up the school" that day, according to police. The classmate then notified a school social worker, school authorities notified the police and An Tso Sun was arrested a 9:38 a.m. the next morning after allowing a detective to question him.

A search of his living quarters turned up a garrote, a crossbow, a ballistic vest and ammunition, but no gun. Police said he had been searching online for information on how to buy an AK-47 assault rifle or an AR-15 semiautomatic rifle.

Di, told the media her son would have said this only as a joke, and that some of the items had been intended for use at a Halloween party.

They reportedly tried to evade the crowds of journalists and camera crews at the airport by paying extra to leave by a VIP exit, but they had bought economy tickets, the newspaper wrote.

The trip all the way to Philadelphia was expected to take at least 17 hours, reports said.

Since no gun had been found, it might be difficult to convict An Tso Sun of anything, though his school had already canceled his registration, which might lead to the loss of his student visa, reports said.