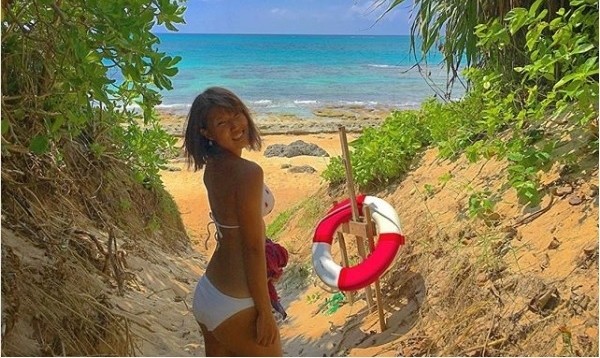 TAIPEI (Taiwan News) -- The Japanese woman, whose long-lost camera was suddenly discovered by Taiwanese school children on a beach in Yilan, is planning on visiting Taiwan in June to thank them personally.

Serina Tsubakihara, 21, a native of Japan's Takarazuka city in Hyogo prefecture, was enjoying a vacation on Ishigaki Island in 2015 by scuba diving. Tsubakihara tells Taiwan News that while she was diving, one of her friends suddenly ran out of air and so she gave her friend her secondary demand valve (Octopus) and the two returned to the surface together.

In the chaos of helping her friend with her breathing apparatus, she had accidentally dropped her camera. After her friend returned to the boat safely, Tsubakihara and her friends tried to find the camera, but to no avail.

Fast forward nearly three years later, a group of fifth grade school children from Yueming Elementary school on Tuesday (March 27) were cleaning up trash from a beach in Yilan when they stumbled upon a waterproof camera case covered in barnacles and shells with a black Canon PowerShot G12 camera well preserved inside. Case as it first appeared on the beach. (Image from Facebook user park.lee.10)

The class deliberated for a while whether to look at the memory card's contents due to privacy concerns, but in the end, they decided the images might help them locate the owner of the camera. The students found that the most recent photos were timestamped Sept. 7, 2015. Judging from the scenery in the photos, the students and teachers deduced that the photos were likely taken around the Japanese island of Ishigaki, which is approximately 250 kilometers east of Yilan County. That day, Lee decided to post on his Facebook page several images from the memory card with an explanation of where the camera was found and how to contact him in both Chinese and Japanese. The condition of the camera was surprisingly good. (Image from Facebook user park.lee.10)

The next day (March 28), Tsubakihara, who is now majoring in English at Sophia University in Tokyo, received a text from a friend who noticed the post on Facebook. She was amazed that this could be possible:

"I was just so surprised when I saw the post! Couldn’t believe it’s happening. I felt like it’s someone’s super nice story but it was my camera so I froze for a while...!"

She then decided to contact Lee and they were able to verify that the camera was indeed hers because she was able to send him photos that matched the ones on the camera.

The boy who found the camera, Ho Chao-en (何兆恩), was astonished at the speed at which information about the lost camera spread. He told reporters that he had thought it would take at least a year to find the camera's owner and was amazed with power of the internet.

On March 30, Tsubakihara had a video chat via Skype with Mr. Lee and the students, and through a Japanese interpreter they told her how they found her camera.

Tsubakihara now says the she plans to fly to Taiwan and visit the Yilan to thank the students and teacher in person for their act of kindness. 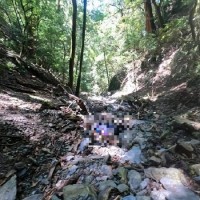 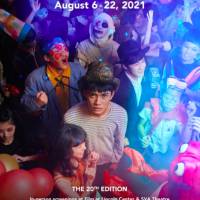