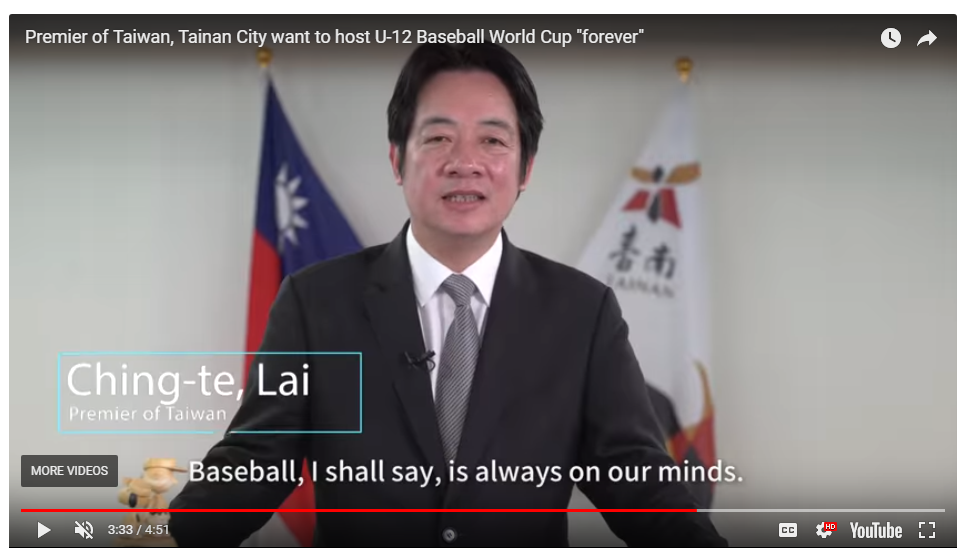 TAIPEI (Taiwan News) – Taiwan proposes Tainan city as a permanent host for the under-12 baseball world championship sanctioned by the World Baseball Softball Confederation (WBSC) in an attempt to introduce Taiwan to the world, reported the Liberty Times.

Despite China's pressure, Taiwan promotes itself as an international venue for the sports tournament. The island nation has recently released a promotion video striving to be a long-term host for the baseball championship.

In the video, Premier William Lai features as the main spokesperson along with the Taiwanese flag to introduce baseball culture and proposed Tainan becoming the permanent host of the baseball world championship. Lai served as two-term mayor of the city before becoming premier late last year.

According to the WBSC press release, Taiwan has proposed to WBSC Executive Committee a US$90 million eco-friendly project including an on-site hotel, a players' village, a training center and a youth museum, and expressed the interest in being a long-term host for the event.

Tainan officials said hosting the event for a long term will help to promote the southern town as an international city and encourage future generations to play baseball.

The WBSC U-12 Baseball World cup was launched in 2011 and was held in Tainan for the first four seasons. Additionally, Tainan has successfully won the host position for five more tournaments. 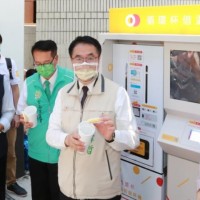 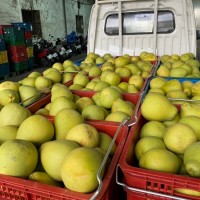