TAIPEI (Taiwan News) – A magnitude 4.8 earthquake struck under the ocean off the coast of Yilan County Wednesday evening, but no injuries or damage were immediately reported.

The tremor hit less than a second before 6:30 p.m., at a depth of 70.3 kilometers, the Central Weather Bureau said.

The epicenter was situated 23.5 km southeast of the Yilan County Government and was felt most clearly in the region’s town of Nan’ao.

Just one week earlier, on March 21, a magnitude 4.0 quake struck in the same area, near the fishing harbor of Suao.

Earthquakes along Taiwan’s east coast are relatively frequent, with the most recent deadly temblor hitting Hualien on February 6, killing 17 people and causing the collapse of several buildings. 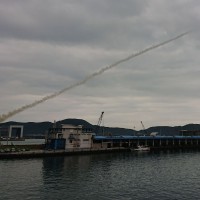 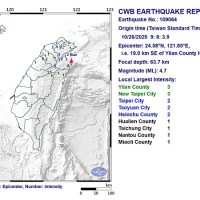 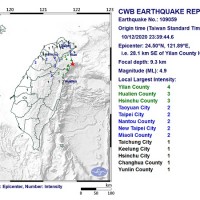 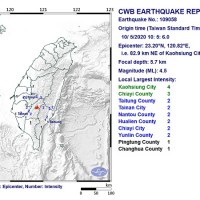