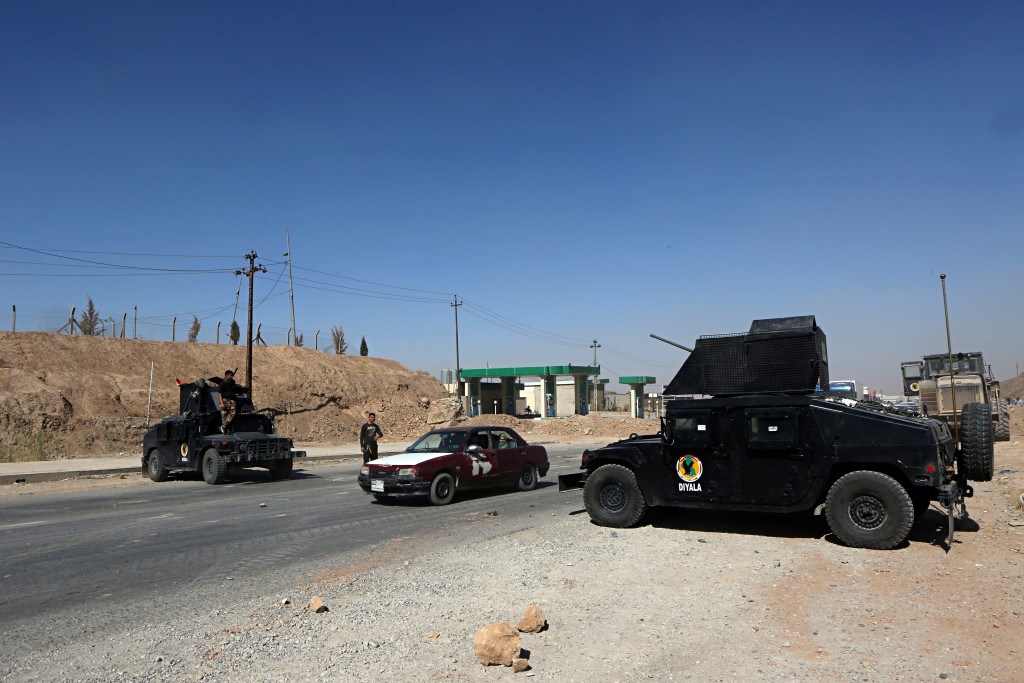 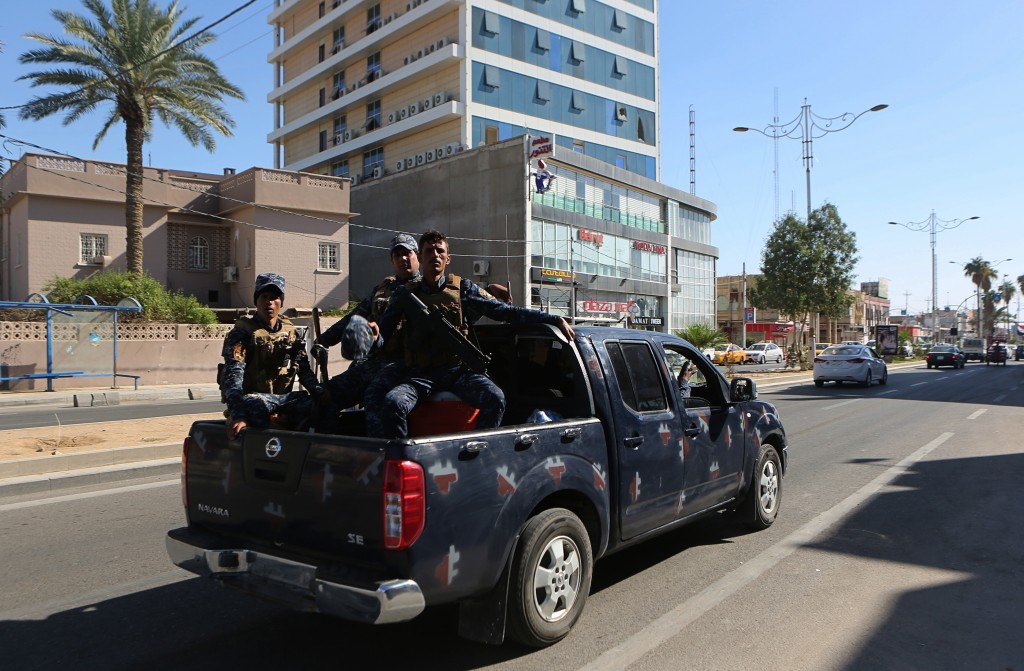 BAGHDAD (AP) — On a desolate highway in northern Iraq last week, nine federal police officers packed into a large SUV were stopped at a checkpoint they had never seen before. Behind them, a taxi carrying a handful of other officers lagged behind on the long drive from the northern city of Kirkuk back to the capital, Baghdad.

Men dressed as Shiite paramilitaries asked the policemen to hand over their IDs and weapons for inspection, and then took them hostage. When the taxi rolled up, the men at the checkpoint opened fire, causing it to turn around and speed off, according to one of the men in the vehicle.

Those who had been in the SUV would not be seen again until days later, when photos circulated on jihadi forums showed them being forced to kneel before being shot dead by their captors. The Islamic State group claimed the killings.

Iraq declared victory over IS in December after driving the militants from the last territory under their control, but in recent months the group has resumed insurgent-style attacks in northern Iraq.

Iraqi security officials say between 150 and 200 members of the security forces have been killed in IS attacks across the country in the past few months. The security officials, and the policeman in the taxi, spoke on condition of anonymity as they were not authorized to brief the media.

"There are empty spaces between the federal forces and the peshmerga," said Kirkuk Gov. Rakan al-Jibouri, referring to the Kurdish forces who have been locked in a months-long standoff with Baghdad.

He said he has repeatedly asked the central government for additional forces to secure the area, but has been ignored. "This issue is not taken sufficiently seriously despite the many incidents," he said.

Over the past week alone, IS has claimed responsibility for six attacks at fake checkpoints, including one that destroyed oil tankers and another targeting Shiite pilgrims. Other attacks have included strikes on oil installations and convoys, with IS claiming to have captured weapons and vehicles.

The attacks have focused on rural targets and have increased ahead of elections planned for May. They are in keeping with IS documents uncovered by intelligence officials months ago that detailed plans for an insurgent campaign on the heels of the group's territorial defeat, according to one of the security officials, who works in the government's anti-terrorism intelligence department.

Over the course of a grueling three-year campaign, Iraqi forces backed by a U.S.-led coalition drove IS from the vast swaths of territory it seized in the summer of 2014, and Iraqi Prime Minister Haider al-Abadi declared a final victory in December. But Iraqi and coalition officials have warned that the group remains capable of carrying out insurgent-style attacks.

A Baghdad-based security official said IS fighters are able to move with greater freedom through rural areas and the open deserts in northern Iraq since the U.S.-led coalition began reducing its military footprint earlier this year. With fewer coalition troops on the ground, Iraqi forces are not getting the large amounts of intelligence they did at the height of the fight against IS, and coalition surveillance has also been scaled back, the official said.

"Right now it's a tactical fight. Daesh has been defeated militarily, but the fight for security is not yet over," the official said, using an Arabic acronym for IS.

Since the end of major combat operations in Iraq, the U.S.-led coalition has "shifted" air assets to Syria and Afghanistan, coalition spokesman Col. Ryan Dillon told The Associated Press. But he said the coalition is continuing to support Iraqi operations, and is allocating resources according to Iraqi priorities.

"We already know ISIS feeds off of instability and sectarian divides," he said. "For them to conduct attacks in that area where there are already tensions is something that is not uncommon."

Despite years of joint military operations against IS, tensions between Baghdad and the Kurds skyrocketed late last year following a referendum on independence held in the autonomous Kurdish region in the north and other territory then under Kurdish control. Shortly after the vote, federal forces pushed Kurdish fighters out of long-disputed territories, including the oil-rich city of Kirkuk. Tensions have only recently subsided, after al-Abadi lifted an international flight ban across the Kurdish region and released federal funds to pay Kurdish civil servants this month.

The IS attacks show how easily the extremists are able to return to their insurgent roots after military setbacks, said Michael Knights, an Iraq analyst at the Washington Institute for Near East Policy.

"IS has returned to its 2013 tactics without missing a beat," he said, referring to the relatively low-level attacks that preceded the group's takeover of the city of Fallujah, followed by Mosul and much of northern and central Iraq the following year.

"This is how they dominate," he said. "The night first, then rural areas and farming roads and pretty soon security forces are locked up in their bases and IS can once again drive a Humvee all the way from the Syrian border (to central Iraq)."