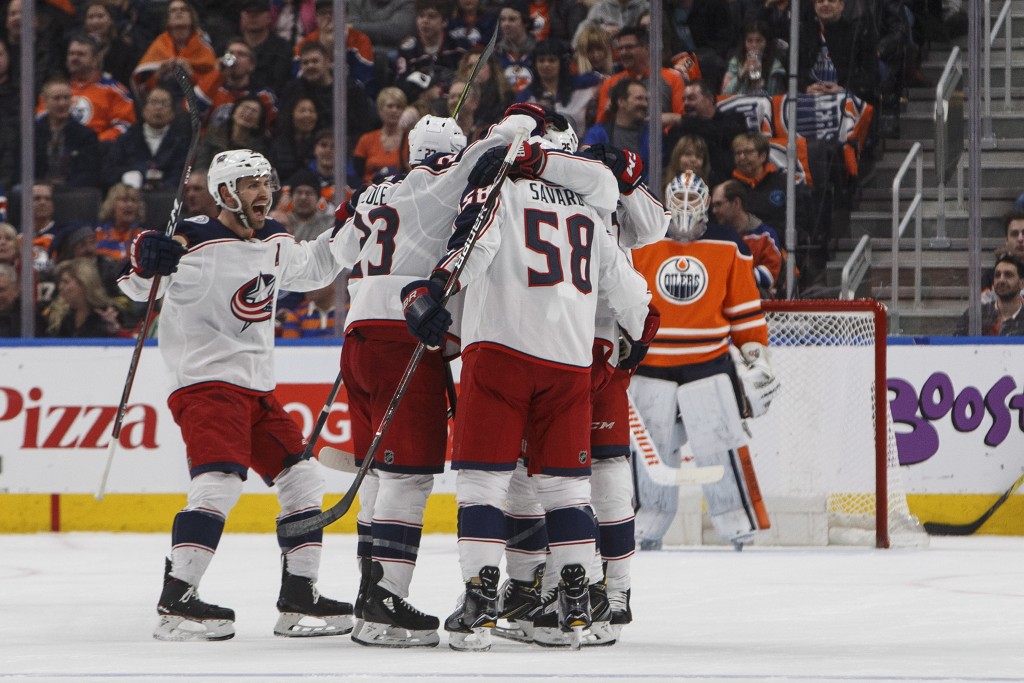 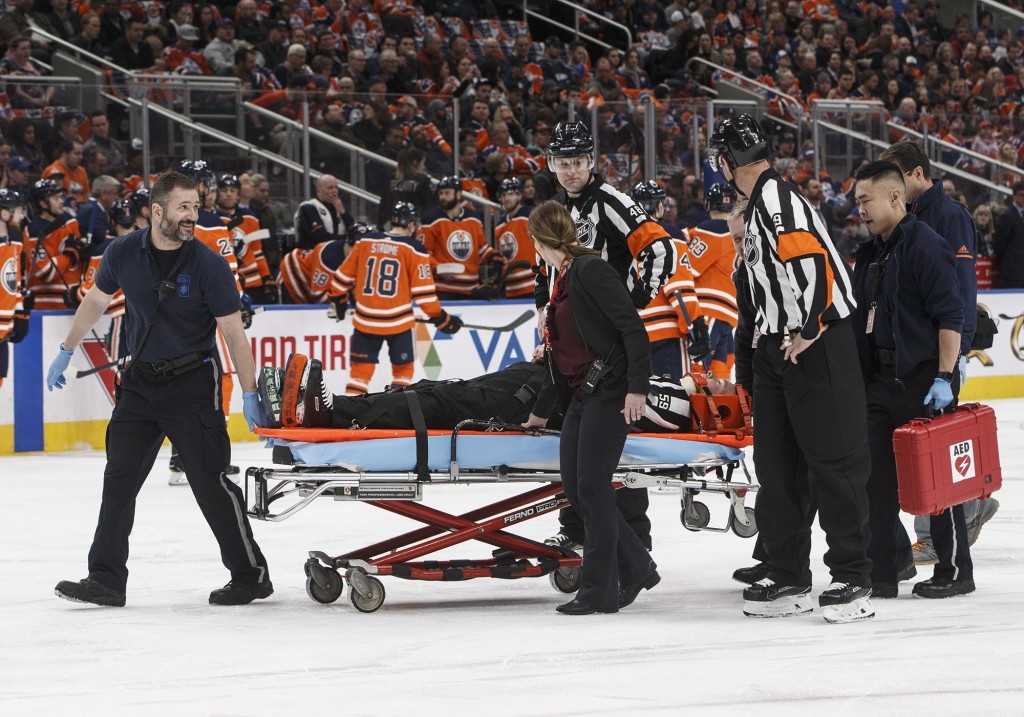 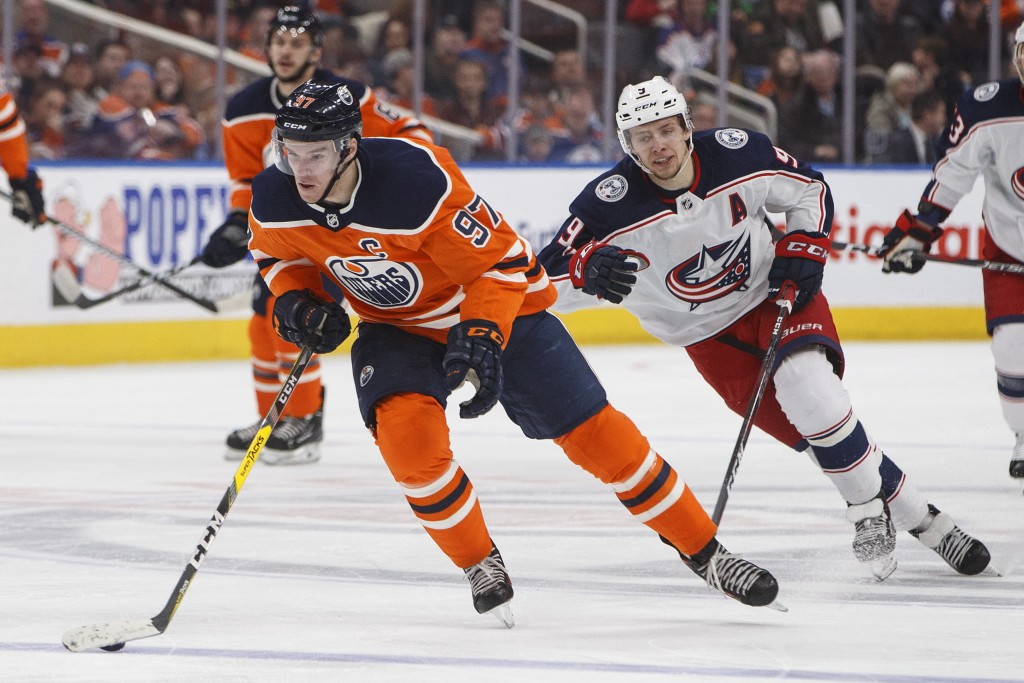 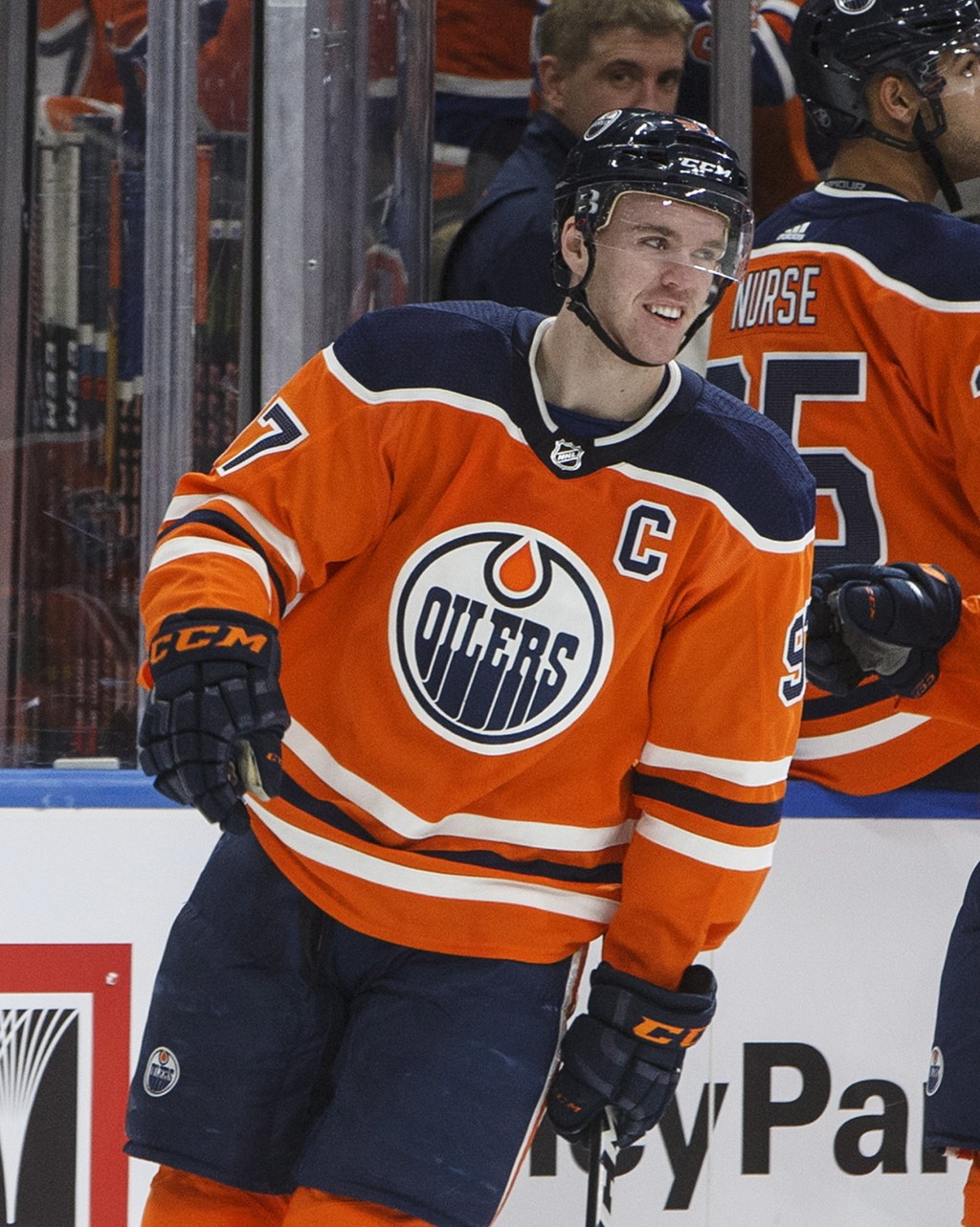 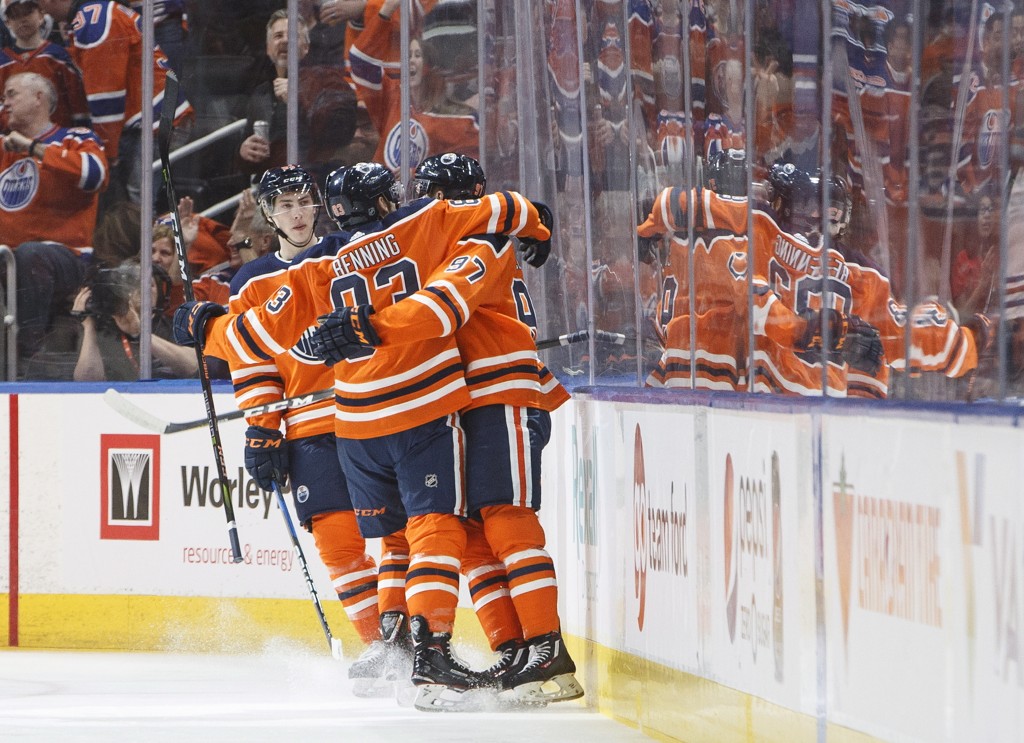 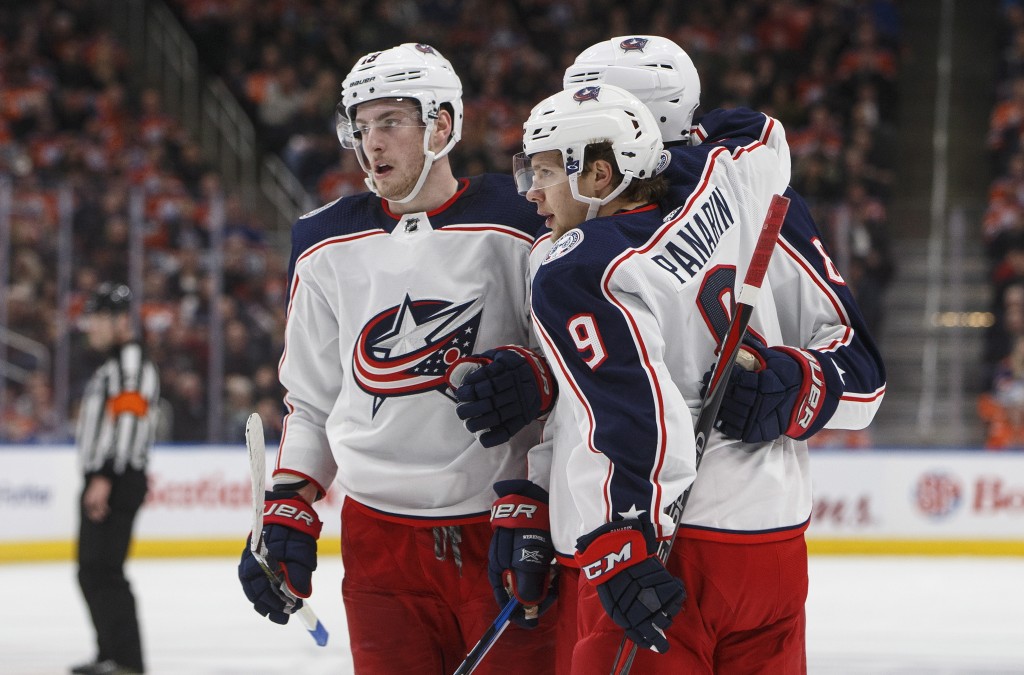 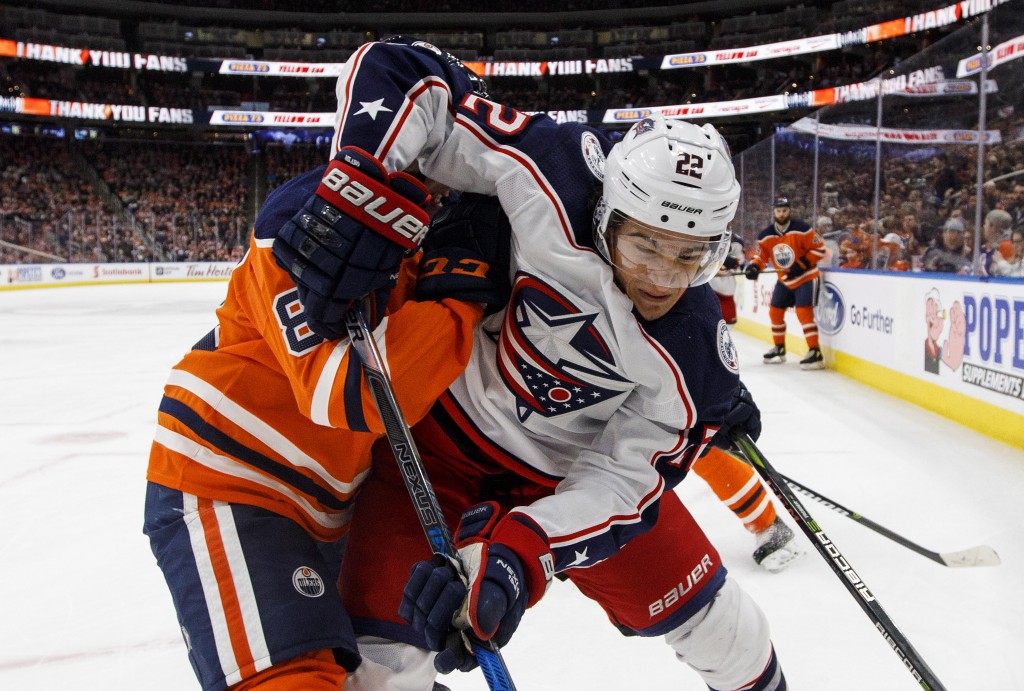 EDMONTON, Alberta (AP) — Thomas Vanek had three goals and an assist to lift the Columbus Blue Jackets over the Edmonton Oilers 7-3 on Tuesday night.

Connor McDavid had a goal and two assists, and Ryan Nugent-Hopkins and Drake Caggiula also scored for the Oilers, who have lost two straight. Cam Talbot stopped 13 of 18 shots before being replaced by Laurent Brossoit.

Edmonton got on the board 3:37 into the first period when a mix-up behind the net between Bobrovsky and Nutivaara allowed McDavid to steal the puck and send it out front to Nugent-Hopkins for his 22nd of the season. McDavid picked up his 100th point, tying his league-leading total from last year.

Linesman Steve Barton was stretchered off following a collision with McDavid in the first period. Columbus' Zach Werenski ran into McDavid and sent him flying into Barton, who hit his head hard on the ice. Sportsnet reported that Barton was taken to a hospital, where he was able to speak with doctors and move all extremities.

McDavid scored a short-handed goal later in the period, his career-high 40th of the season. He's the first Oilers player to hit the mark since Petr Klima did it in 1991.

Edmonton made it 3-0 on the power play midway through the first when Caggiula blasted a puck top corner past Bobrovsky.

Columbus came roaring back with a pair of goals within a minute, as Vanek's shot caromed off a defender and past Talbot, and then Panarin scored his 26th on a rebound.

Vanek tipped in his 23rd of the season off a shot by David Savard with 3:20 left.

Jenner put Columbus ahead with a goal 1:38 into the second, and Atkinson and Vanek followed to make it a blowout. Nutivaara piled on with a goal in the third.