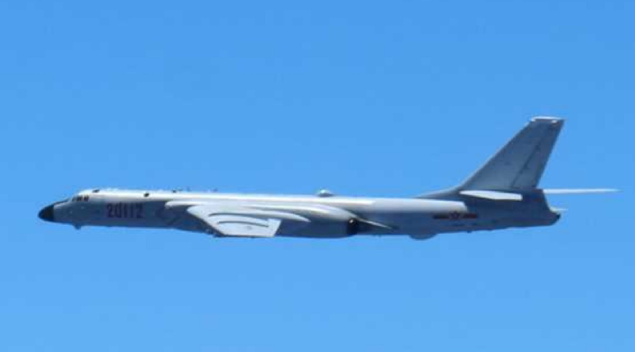 The aircraft reported by the MOND included a Xian H-6 bomber, an Su-30 fighter jet, and a Shannxi Y-8 transport plane, prompting the airforce to scramble jets to shadow and observe the intruding aircraft.

The aircraft reportedly returned to China using the same route they used to enter Taiwanese airspace to reach the Western Pacific.

An official statement from the MOND emphasized that the aircraft were under observation for the duration of their time in Taiwanese airspace, and that the Ministry is adequately prepared to address any emergency situation to ensure the security of Taiwan’s territory.

The incursion by Chinese military aircraft follows the recent passage of the Chinese aircraft carrier, Liaoning, through the Taiwan Strait last week, entering on March 20 from the northeast from Qingdao, to the southwest of the channel, leaving Taiwan’s southern Air Defense Identification Zone around 12:30 on March 21.

The Minister of National Defense, Yen Teh-fa, also noted that Taiwanese forces were continuing to shadow the carrier group even after it had left the Taiwan Strait.