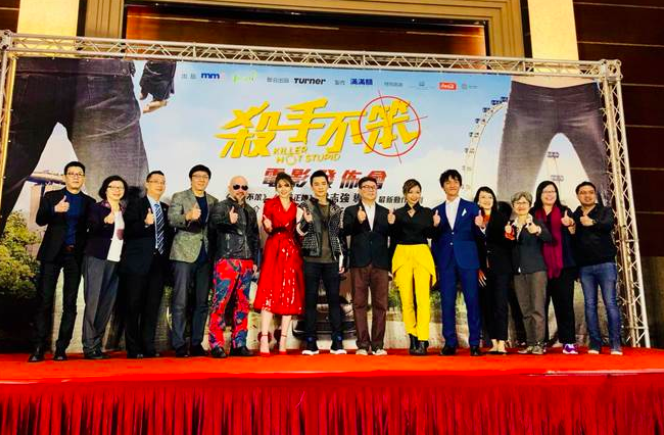 TAIPEI(Taiwan News)- Having been a box office guarantee director in Singapore, Singaporean director Jack Neo(梁志強) is hoping to make a killing overseas with his 31st movie Killer Not Stupid(殺手不笨).

Jack Neo announced to many media outlets from China, Taiwan, Hong Kong and Singapore at Grand Victoria Hotel in Taipei earlier this month that he will be filming action comedy Killer Not Stupid in Taiwan. In the interview, he mentioned that he has always wanted to go beyond the Singapore market. And he realised that Taiwanese audience has always been an avid supporter of his films when they go on air on television.

The budget of the film is around NT$60 million (S$2.7 million) and most scenes of the movie will be taken in Taichung, including at locations such as the scenic Blue Road and the bustling Dadu Zhichang night market. One of Jack Neo's movie Money No Enough 2 (錢不夠用2) has also been screening at a second-run cinema there since May 20, 2009.

The filming for Killer Not Stupid has commenced and it is expected to complete by May. He mentioned that the movie will be scheduled to air hopefully by Chinese New Year next year.

Killer Not Stupid is produced by Singapore's J Team Productions and mm2 Entertainment (Taiwan), in association with Hong Kong-based Turner Asia Pacific. This is Neo's first collaboration with a Taiwanese movie company.