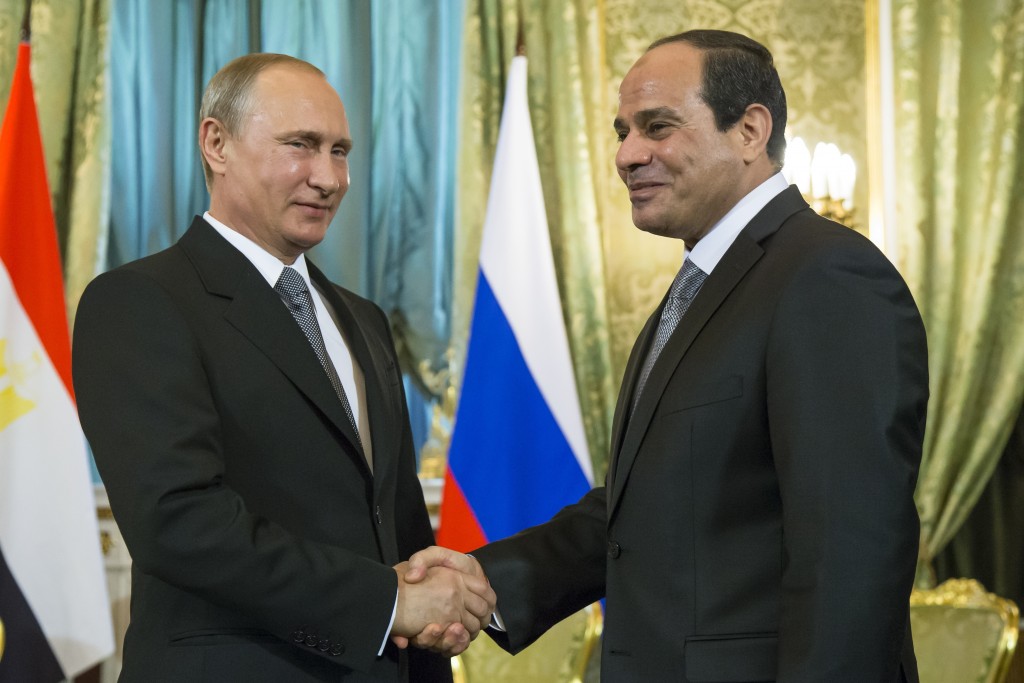 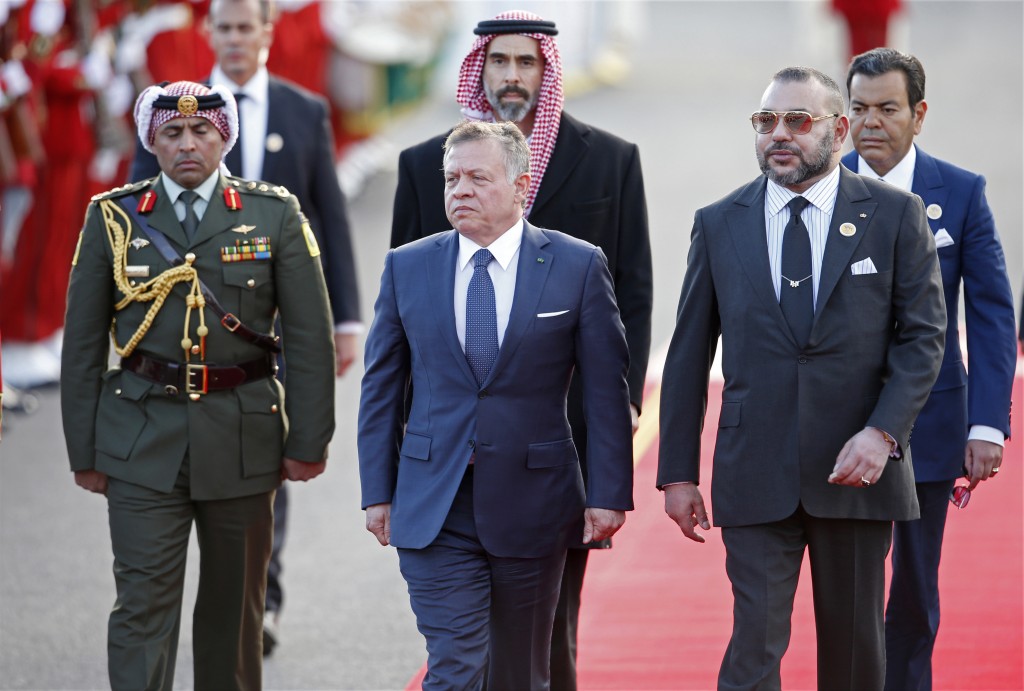 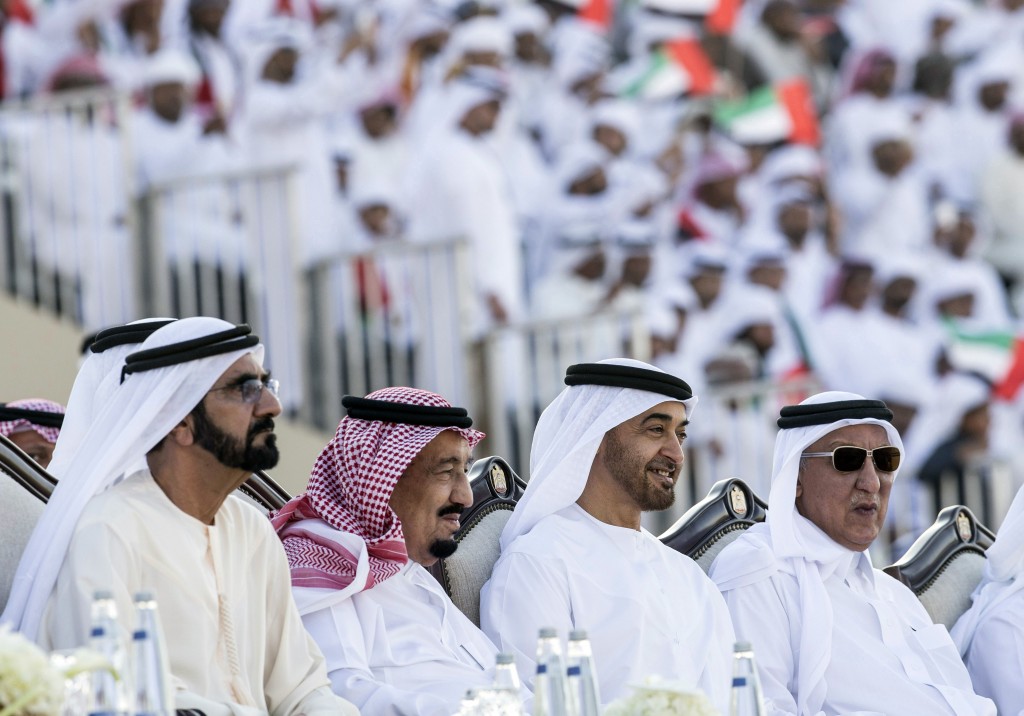 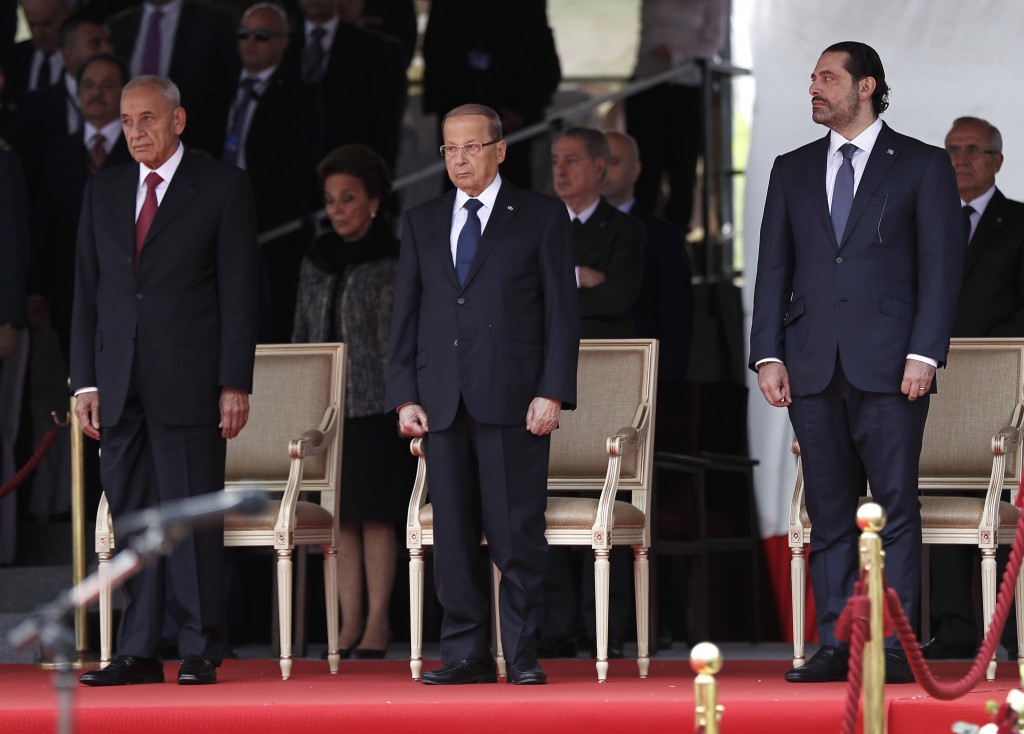 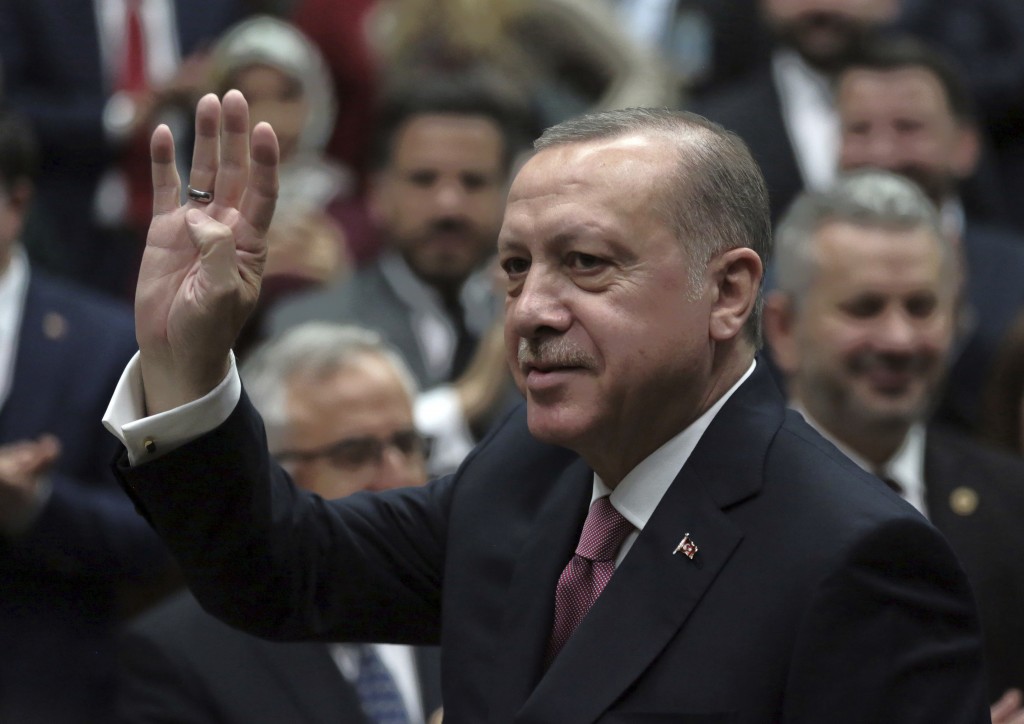 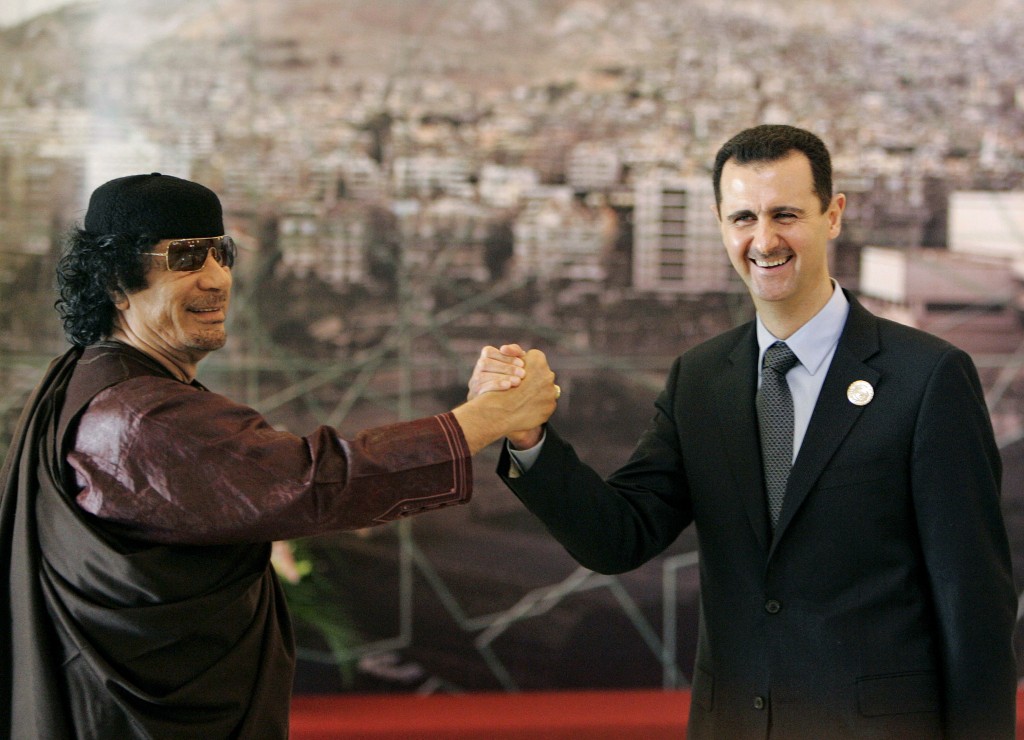 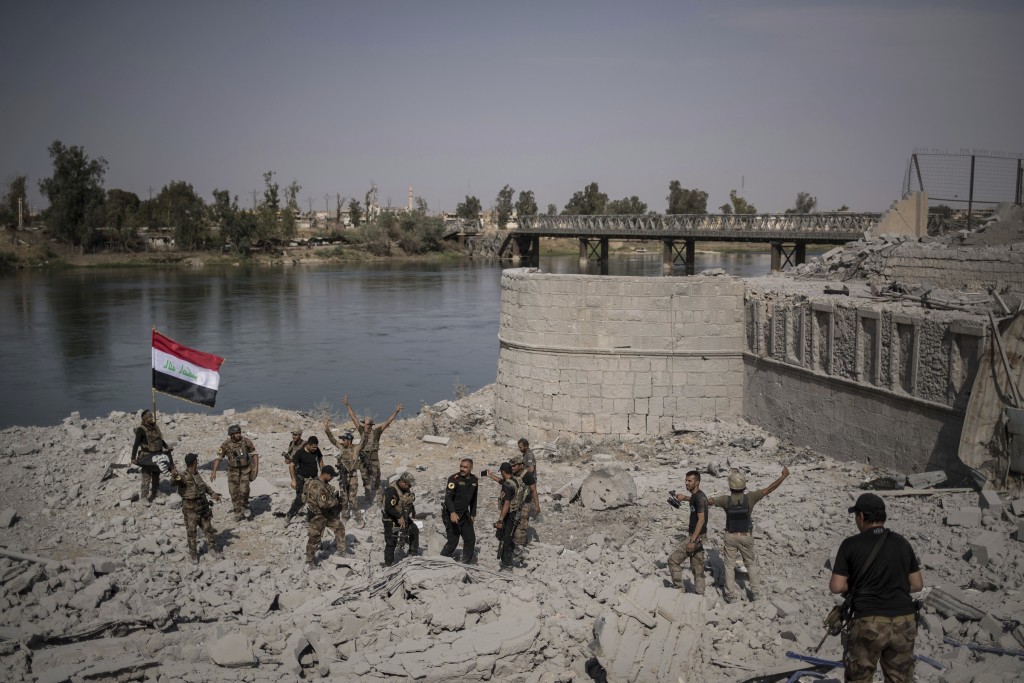 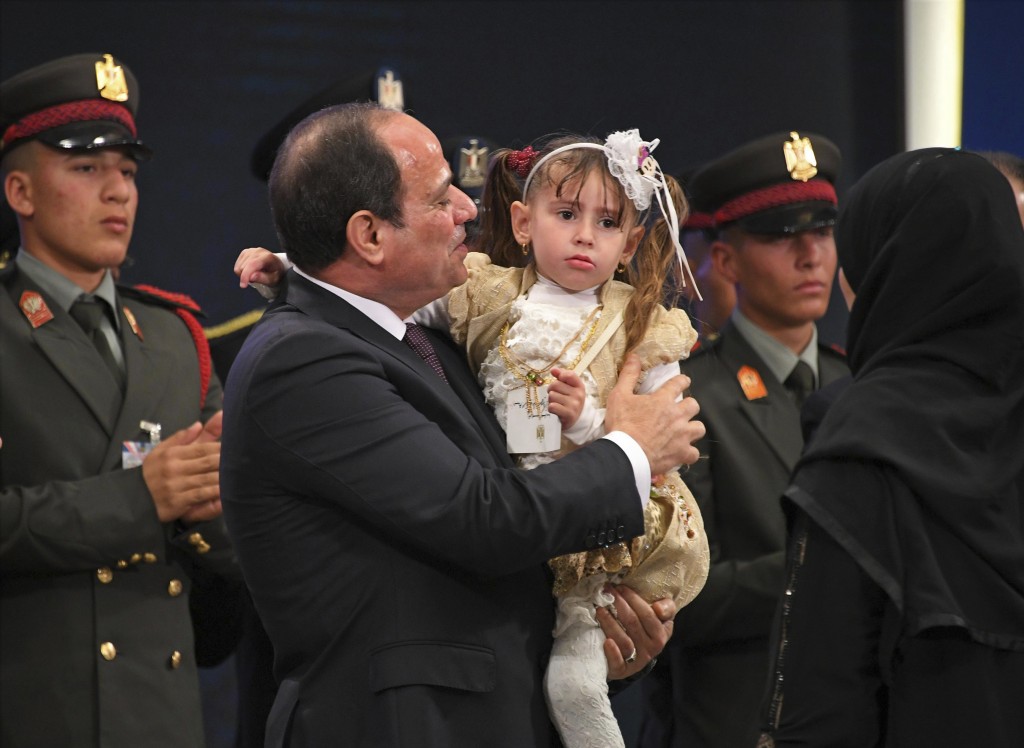 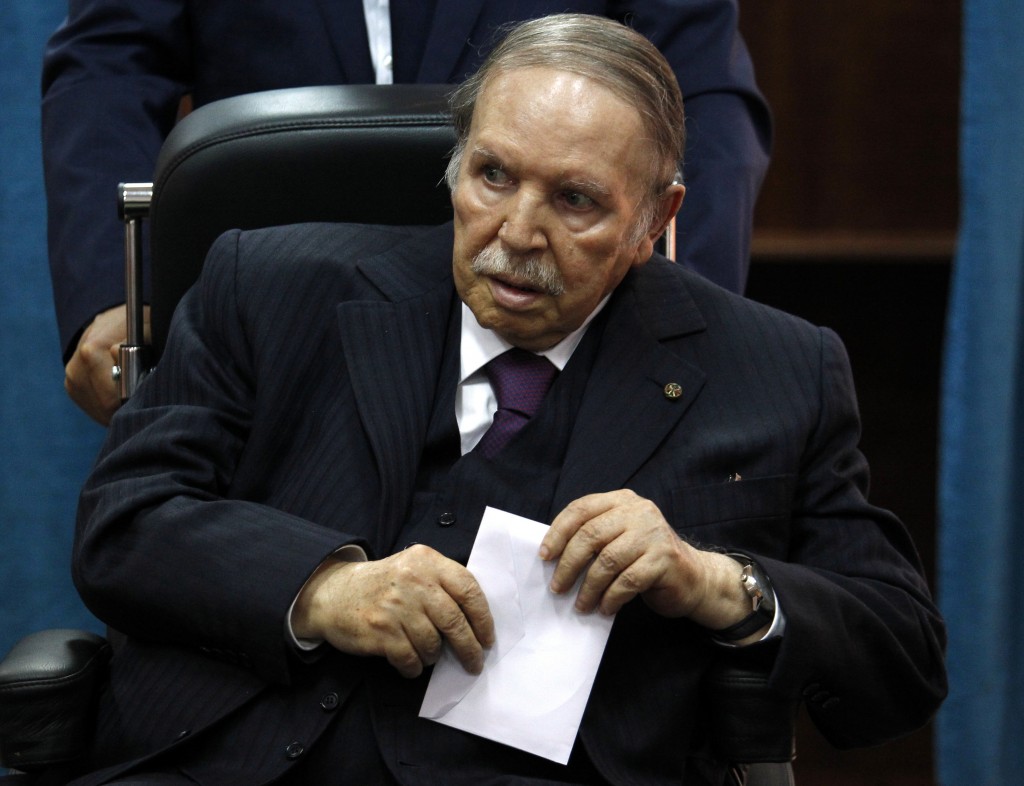 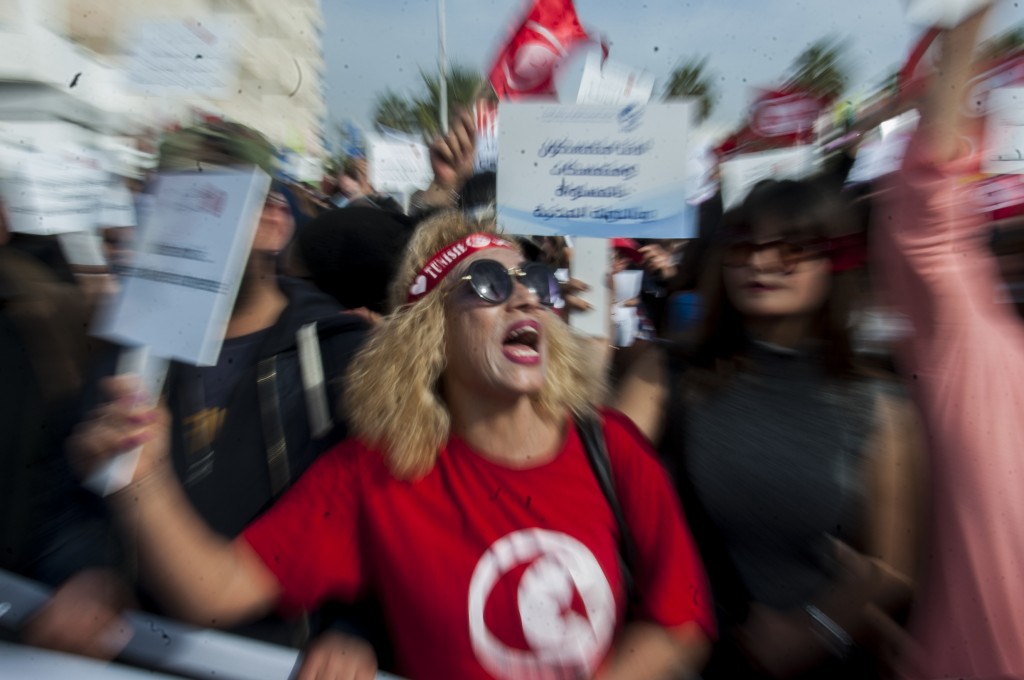 Egyptians go to the polls next week in what is essentially a one-candidate election considered by critics to be a return of sorts to authoritarian rule, after a 2011 revolution that sparked loftier expectations for the region. But the bigger picture is that in the Middle East as a whole, democracy has largely failed to take hold.

From Morocco in the west to Jordan, Saudi Arabia and the Gulf emirates in the east, monarchies have proven more stable than places that experimented with government of the people.

Non-monarchies like Syria and Yemen, which before their wars did have functioning central governments, never made much of a pretense of democracy — not even in the half-hearted sense of communist East Germany calling itself a "Democratic Republic." And today many argue that with so little democratic tradition and so much illiteracy — in the case of Egypt, at least a quarter of the population — some places are just not ready.

Countries that tried fairly free balloting — like Iraq and Libya after the fall of Moammar Ghadafi — tended to find the effort mired in tribal and sectarian voting. That largely predetermines the result and diminishes democracy into something of a census.

Such cases tend to be further undermined by a tyranny of the majority: it is rare to find respect for the rights of minorities, ideological or ethnic. That makes them desperate, disdainful of democracy, and likely to be tyrannical should political tides reverse. That's how the minority Sunnis of Iraq became vulnerable to the vicious appeal of the Islamic State group.

While the democratic record is dismal, the Middle East is hardly alone in what seems to be a global trend away from liberal democracy at a turbulent and complicated time.

Egypt's President Abdel-Fattah el-Sissi is following a model perfected by Russia's Vladimir Putin, an equally illiberal leader who was re-elected this week after maneuvering his own chief opponent out of the running. El-Sissi has jailed opponents by the thousands — mostly Islamists — and, like Putin, placed security and the economy ahead of all else, delivering in those areas as best he can.

But el-Sissi insists that the real power rests with the people and boasts of an independent judiciary and parliament, claims disputed by rights groups. Under el-Sissi's rule women's representation in the acquiescent parliament and the Cabinet are at highs, Egypt has enacted important economic reforms, and he has also emerged as a strong global voice against Islamic militancy, advocating a moderate religious discourse.

Ironically, it is Egypt's continuing claims to be democratic that earn it the criticism that openly despotic countries in the Arab world seem more nimbly able to avoid.

Here's a look at some of those cases:

Freedom of assembly is prohibited throughout the Gulf states of Saudi Arabia, the United Arab Emirates, Qatar, Bahrain, Oman and Kuwait, where kings, sheikhs, emirs and sultans inherit their posts. Criticism of the ruling system is a punishable crime and unfettered access to state institutions is rare. Local media is largely state-run or state-linked. In all six countries, which are U.S. allies and major U.S. weapons purchasers, government ministers are appointed by the ruler. In Saudi Arabia, where the only elections held have been for local council seats, dozens of activists, writers, intellectuals and moderate clerics are imprisoned for offenses such as "disobeying the ruler." Human rights experts have described the UAE's judiciary as under the "de facto control" of the country's executive branch — a common refrain throughout the Gulf. Bahrain, a small island-nation ruled by a Sunni monarchy, has crushed protests led by the country's majority Shiite population and cracked down on the media.

With a parliamentary system and regular presidential elections, Lebanon has trappings of a democracy, but politics are dominated by former warlords and family dynasties that have long used the country's sectarian-based power-sharing system to perpetuate corruption and nepotism, and the Hezbollah militia is very powerful. All senior government positions are allocated according to sect, including the head of state, who should be a Christian, the prime minister, a Sunni Muslim, and the parliament speaker, a Shiite. The formula is based on outdated demographic data and does not account for hundreds of thousands of Palestinians who are denied citizenship and a vote. There hasn't been a parliament election since 2009, and lawmakers have unconstitutionally extended their terms. Lebanon has also been letting press freedoms slide, summoning talk show hosts to court and sentencing an analyst to jail for critical comments about the army.

Power rests with King Abdullah II who has the final say on policy issues, appointing and frequently reshuffling the Cabinet as a means of deflecting public frustration. Gerrymandering and the absence of political parties have rendered elections for the toothless parliament largely meaningless. The only significant organized opposition group, the Muslim Brotherhood, has been sidelined in recent years. Pressure after the Arab Spring uprisings of 2011 to introduce democratic reforms has ebbed after the revolts turned violent in several countries, causing many to agree to fewer freedoms rather than risk a descent into chaos. Jordanian journalists are careful not to cross the royal family or security forces.

Dysfunctional, dangerous and corrupt though it has been, Iraq is arguably more democratic than the regional norm. It has regular, competitive elections, but has been plagued by entrenched corruption and persistent instability that undermine its institutions. Iraq's constitution — drafted in 2005 with deep American involvement after the U.S.-led invasion toppled long-time leader Saddam Hussein in 2003 — defines the country's government as democratic. But governments are deeply divided along sectarian lines, resulting in gridlock. Millions of Iraqis were allowed to gather for anti-corruption protests in 2015, but three years earlier, protests held in the country's Sunni heartland were brutally suppressed — and two years later, most of that area was taken over by Islamic state militants who ruled until their ouster last year. Iraq's constitution ensures freedom of the press, but Iraq remains one of the world's deadliest countries for journalists and many journalists self-censor, according to a study by Freedom House.

The Arab Spring started in Tunisia with the ouster on Jan. 14, 2011 of the nation's long-time autocratic president, Zine El Abidine Ben Ali, who fled to Saudi Arabia. Tunisia now grapples with Islamist extremists — who have killed dozens of foreign tourists in two major attacks — as well as an economy on the rails. But it is at least a budding democracy, the only one in the Maghreb region, where joblessness, especially among youth, poses a major threat of unrest. Algeria, which has had the same president since 1999, managed to keep Arab Spring unrest at bay, in part because the population lived through a decade of deadly violence in the 1990s battling Islamist extremists. And the kingdom of Morocco, known for its stability, goes through the motions of a democracy, but the real ruler is the monarch, Mohammed VI, and the invisible royal coterie known as the Makhzen.

The non-Arab nations of the region offer their own examples of flawed democracies. Turkey has free elections but an increasingly illiberal system whose politicized security apparatus and judiciary has put many thousands of opponents of President Recep Tayyip Erdogan in jail. Iran has a supposedly free presidential vote — for the tiny number of candidates who are approved by non-elected clerics whose heavy-handed rule is in fact supreme. Israel has an impressively functioning democracy, though not for the millions of Palestinians it has occupied for over 50 years — and the nationalist government of Benjamin Netanyahu has tried to crack down on human rights groups and has lately also been targeting the media, as well as law enforcement, as tools of enemy "elites."