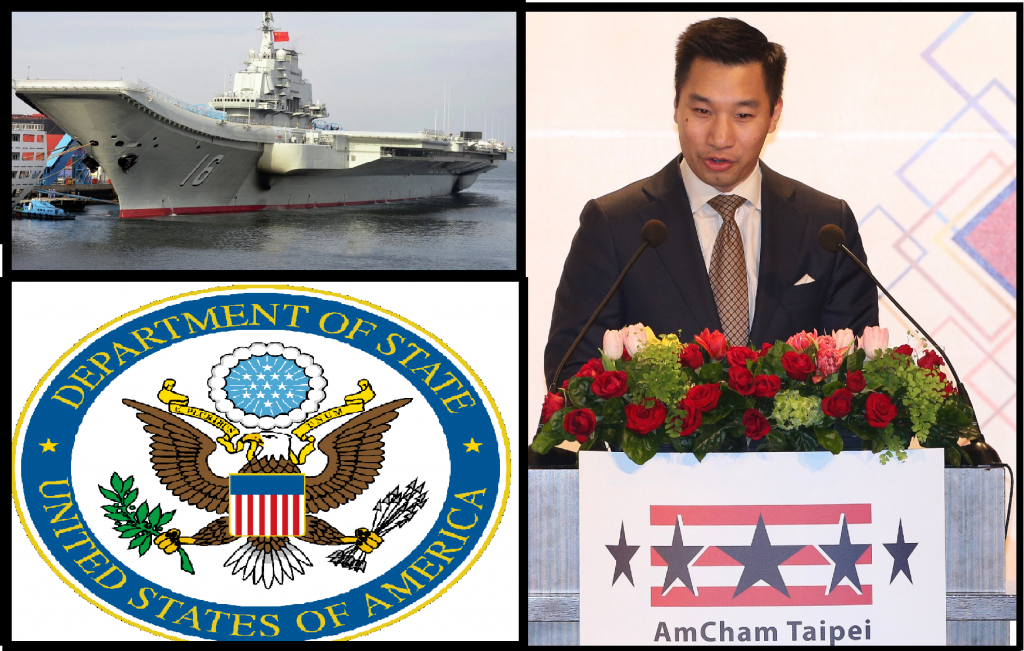 TAIPEI (Taiwan News) – The U.S. State Department issued a statement in response to remarks from Chinese leader Xi Jinping made on March 20, and China’s deployment of the Liaoning aircraft carrier to Taiwan Strait later that same day.

The U.S. is firmly opposed to any unilateral action in attempt to alter the status quo across the Taiwan Strait, the U.S. State Department said in a statement on March 22.

The Office of the President in Taiwan also emphasized that the Ministry of National Defense (MOND) was well aware of carrier’s movement, and are fully prepared for any necessary course of action.

The Liaoning approached the Taiwan Strait on the evening of March 20 from the northeast, being picked up immediately once it entered the MOND’s Air Defense Identification Zone. It sailed along the central line of the strait, leaving the strait on the afternoon on March 21 and continuing to sail southwest.

CNews reports that the carrier was involved in naval drills near Qingdao from March 18 -19, before heading through the strait.

In a legislative meeting on March 21, Minister of Nat. Defense Yen Teh-Fa (嚴德發) said the Taiwan’s armed forces are fully capable of constantly monitoring the Liaoning’s activities, and its location. When asked where the ship is sailing currently, he replied that it was an inconvenient matter to discuss any further.

This is the second time that the Liaoning aircraft carrier has sailed through the Taiwan Strait in 2018, the first time was on Jan. 16, when the ship entered from the Southwest, before leaving on Jan. 17.

U.S. state Department Official Alex Wong, who made a visit to Taiwan days after President Trump signed the Taiwan Travel Act, emphasized on March 21 that the “U.S. commitment to the Taiwan people, to their security, and to their democracy has never been stronger.”

Only a day after Xi Jinping threatened that Taiwan would face the “punishment of history” for pursuing Independence, Alex Wong emphasized that the U.S. is fully committed to helping Taiwan to defend its “hard won democracy.”