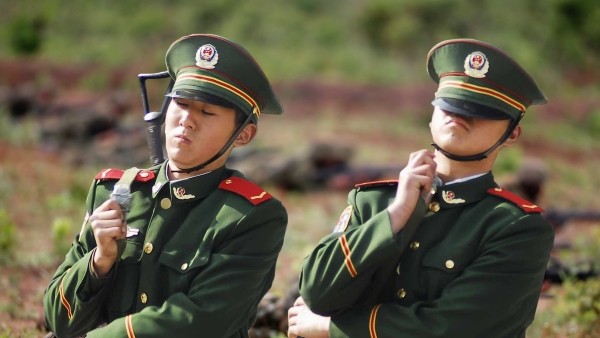 The issue of low wages in Taiwan is not a new one. It is one that people have been complaining about and successive government have been trying to address, with various levels of success, for a while now.

It is also not a problem that is by any means unique to Taiwan. A changing global employment market has seen wages stagnate across much of the world, a problem which was only been exacerbated by the global financial crisis of 2008.

One commentator has chosen to highlight the issue again this week. But rather than developing an informed analysis of the causes and potential solutions to the issue, he has instead managed to turn it into a piece of scaremongering pro-Chinese propaganda.

The commentator in question is Ralph Jennings and if you recognize the name, it might be because I pulled apart another of his pro-China puff-pieces, on the recent spat over air routes between Taiwan and China, earlier this year. It could also be because almost every article he publishes results in a deluge of online denigration from those more informed than he seems to be.

Jennings' latest article has been published by Forbes and it is important to note that Forbes, while once a highly regarded publication, is now a low-brow online clickbait factory. It is also under Chinese ownership and both of these facts could explain the line that Jennings takes in his article.

A falsehood in the headline

It begins with the headline “Why Taiwan's Wages are as Low As Mexico's” and this is as good a place to begin this critique as any. Because this statement is quite simply untrue. The only way it could possibly be justified is if you compared an annual part-time salary in a minimum-wage, entry-level job in Taiwan with an average full-time salary in Mexico.

Even in that extreme scenario, the figures are unlikely to justify this claim. And even if they did, it is probable that the figures would do the same for the USA and many other developed country’s too.

Therefore, to claim that Taiwan’s wages are as low as Mexico’s is at best misleading and at worst a deliberate lie. Or to use the term currently popular for such falsehoods, fake news.

Why is Jennings happy to use such a blatant untruth before his article has even begun? Well the answer lies in the type of website that Forbes.com is these days. A clickbait site which uses sensational headlines and scaremongering to get people to read their articles. And if this headline can be described as anything, it is scaremongering.

So, after bodging the numbers to create the false impression that Taiwan’s wages are on a par with a developing economy such as Mexico, what reasons does Jennings give for this? The single reason he can muster is ‘China’. And he labours on the point again and again.

He quotes an economist based in Spain as saying that “as China increasingly competed to ship the same goods... Taiwanese firms “were forced” to cut costs, including pay.” He immediately goes on to say “as Taiwanese firms lost business to China-based competitors” before talking about the “new challenge from China” in the so-called “31-incentives.”

Now, it is true that competition from China has impacted the Taiwanese economy. But this has been the case for the past couple of decades and is certainly nothing new. The timeline for the emergence of Chinese competition to Taiwan’s export-driven economy does not match that of the low wages issue in the country.

There is also no mention of the similar challenges to the Taiwanese economy that have emerged more recently, and more in sync with the wage issue, from places like Vietnam and Cambodia. Nor is there any questioning of why other South-East Asian countries, such as South Korea, Singapore, and Hong Kong, have seen their economies continue to develop at a much quicker rate than Taiwan, despite facing similar challenges from China.

How this article should have been written

If Jennings' had researched this issue properly, he would be writing about the cultural issues in Taiwan that fuel employers desire to minimize costs which means wages rise much slower here than elsewhere.

He would also be looking at why Taiwan continues to have an export-driven economy when it contemporaries such as South Korea have moved towards a service-based economy much faster and reaped the economic benefits as a result.

But of course, none of this fits the pro-Chinese narrative that Jennings always seeks to push, so of course it is not relevant to his arguments.

If you managed to read down as far as the bottom of this page, Jennings has stashed away a few inconvenient truths right at the end of his piece. He admits wages in Taiwan remain much higher than they are in Communist China.

“Wages are 60% lower in China than in Taiwan”, he grudgingly admits before going to make the rather selective and unsubstantiated claim that “Taiwanese can earn 1.2 to 1.3 times more pay in China than at home for skilled, non-entry level jobs.” He also glazes over purchasing power like it doesn't matter and only admits in his final sentence that actually more Taiwanese than ever are reporting wage increases at the moment.

But hiding away facts that do not fit your narrative is irresponsible journalism of the worst kind. It is only the fact that he has included them at all that stops this article from being the full-blown piece of Chinese Communist propaganda he likely set out for it to be.

Jennings concludes by claiming that the so-called “31 Initiatives” announced by the Chinese Communist Party last week mean that “A lot of Taiwanese will probably go to China over the next six months.” This is also unsubstantiated nonsense of the worst kind.

As I wrote last week, China’s so-called “31 Initiatives” are doomed to failure because the Taiwanese people are, for the most part, informed enough to see them for the blatant attempt at blackmail that they are. The announcement’s this week by the Tsai government of how it plans to counter the incentives China has offered should render them pretty much null and void.

It is always disappointing to see a fellow writer falling so short of the standards most of us set for ourselves. But, at a time when fake news is quickly appearing to be the scourge of democracies across the globe, it is important to highlight examples of it when they appear.

Ralph Jennings has a long track record of writing pro-Chinese articles which are light on fact and heavy on rhetoric and propaganda. And with Forbes, he is writing for a like-minded website too. This is another example to add to the list and it is important for people in China to see him, and Forbes for what they really are. Not independent journalists writing fact-driven articles about Taiwan, but pro-Communist Party stooges trying to highlight problems in Taiwan which they claim China is the solution to, but which actually don’t exist.