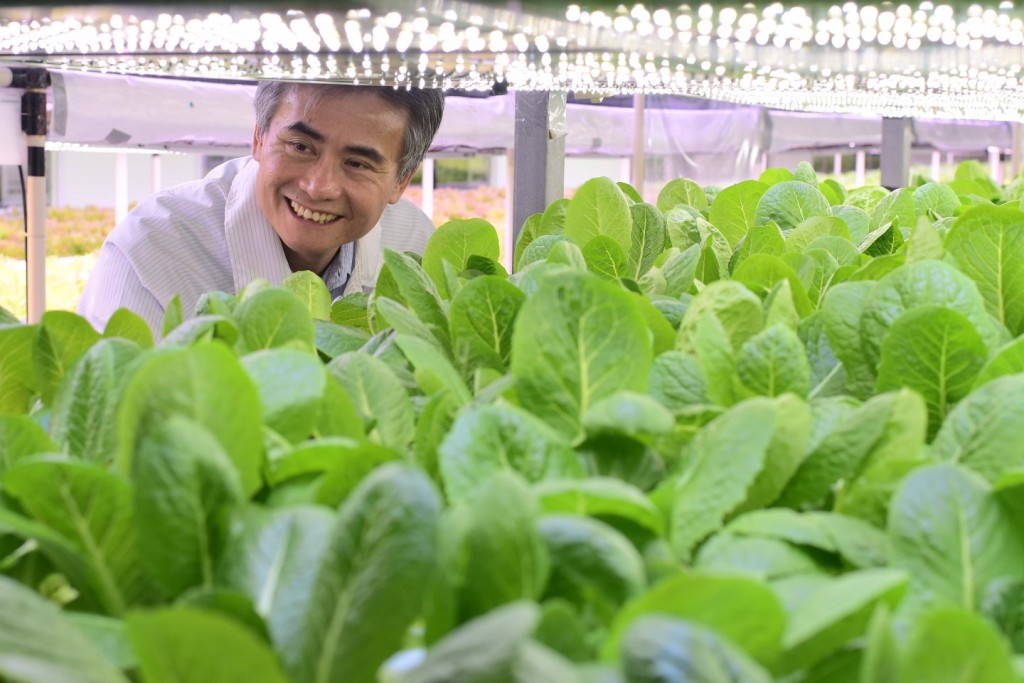 iFarm only uses fertilizer made from organic soybeans. The plants also listen to music, according to Common Wealth Magazine.

Not only is Yes Health iFarm an excellent template for organic farming, it is also a technology-driven 14-story vertical farm cover 2,645 square meters.

The iFarm is two stories taller than the largest vertical farm in Japan and grows over 30 varieties of vegetables, including arugula, ice plant, and mustard leaf, according to Apple Daily. Various spectrums of LED lights are used depending on the plant.

The iFarm produces over 100 times what a traditional farm could with only a tenth of the water.

Tsai noticed that most fruit vendors were only open in the very morning through the early afternoon. He opened a fruit shop near Taipei’s Dongmen MRT station that sold fruit from 8 a.m. to 10 p.m., attracting those from the working class who could only buy fruit in the evening after work.

Tsai saw another business opportunity among large restaurants. Staff members were expending a lot of effort each morning to collect produce for the day. Tsai then created a vegetable transportation and shipping system, bringing the vegetables to the restaurants, and to this day 80% of Taipei’s department stores are supplied with Tsai’s produce, according to Common Wealth Magazine.

In 2008 Tsai was diagnosed with liver cancer however and needed to change his exhausting lifestyle. He poured himself into indoor farming research, devoted himself to nutritional learning, and started the iFarm.

Gou also invested in a vertical farm operation in Shenzhen scheduled to start production at the end of March 2018. The operation is projected to produce twice the output of iFarm and initially be used to support Hon Hai Precision Company canteens, according to Commonwealth Magazine.