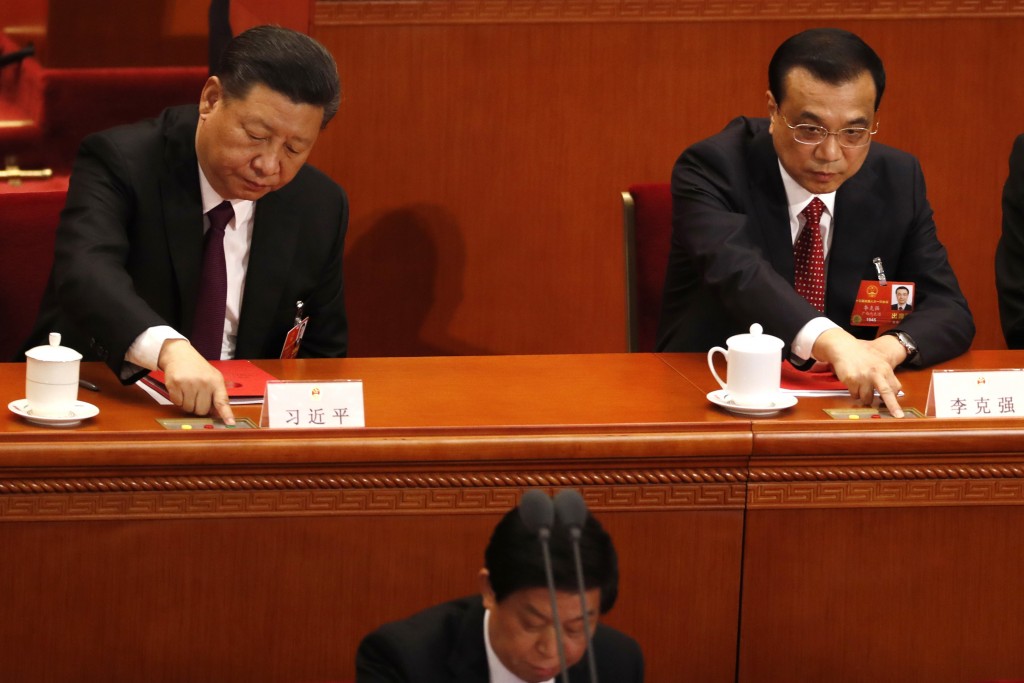 BEIJING (AP) — The Latest on the closing session of China's ceremonial legislature (all times local):

Foreign ministry spokesman Andrew Lee said Tuesday that Taiwan will continue to play an important role in regional peace and won't be affected by interference from Beijing.

Lee said, "We further hope to act even more actively in peaceful regional development and stability as well as prosperity."

Xi at the closing session of the National People's Congress reiterated China's approach of seeking peaceful unification with the island. He warned that any attempt to separate any part of China — implicitly including Taiwan — from the nation would be "doomed to failure."

Lee said the signing of the Taiwan Travel Act is a proof of Washington's strong determination to strengthen its relations with Taiwan.

Chinese Premier Li Keqiang says he will give "positive consideration" to attending a meeting of leaders from Japan, South Korea and China held in Japan during the first half of this year.

Responding to a question from a Japanese reporter at his annual news conference, Li said Beijing's ties with Tokyo have been improving but suffered from a weak foundation. He said visits by the national leaders showed a return to normalcy but they can't count on a "one-off deal" to continue the momentum.

China dislikes Japanese Prime Minister Shinzo Abe for what it sees as his government's encouragement of right-wing Japanese scholars and politicians who seek to minimize Japan's guilt for its brutal World War II invasion and occupation of much of China.

The sides have also been at loggerheads for years over ownership of uninhabited East China Sea islands controlled by Japan but claimed by China.