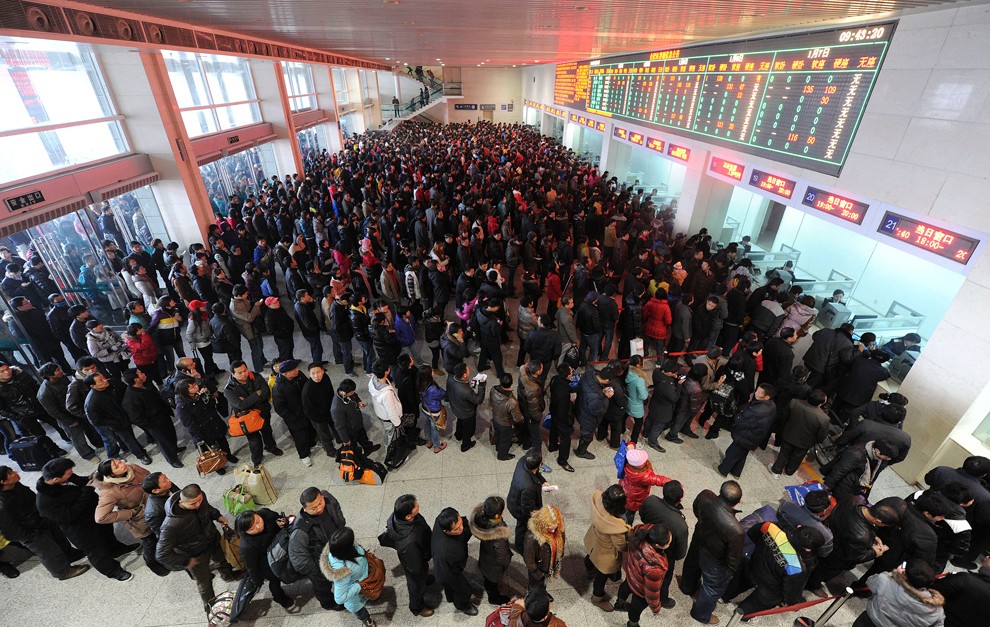 TAIPEI (Taiwan News) – China is preparing to implement the next phase of its Orwellian social credit program, using the application to determine who is eligible to use transportation services in the country.

Operating under the maxim “Once Untrustworthy, Always Restricted,” the Communist Party of China is rolling out a penalty system barring civilians from planes, buses, trains, and other services if they have committed acts the government disapproves of.

The new measures were announced in two official statements posted online Friday, March 16, to the website of the National Development and Reform Commission.

The “wrongdoings” which may result in a citizen being banned from transportation services for a year or more, include a broad range of acts; including financial misdemeanors like failing to pay bills, insurance, or traffic fines, reports Reuters.

Spreading false information, causing disturbances in public or on planes, smoking on trains, or promoting “unhealthy” ideas online might all land one on the “restricted list” meaning their freedom of travel may be severely curtailed if Beijing considers them“untrustworthy."

The communist government of China is moving full speed ahead with the ambitious plan to monitor the citizenry’s allegiance to the state with the frightening social credit project which assigns every person a score that is adjusted according to their purchases, online activity, and interaction with the state.

The ultimate goal of the program is to collate big data for the entire country’s spending and online social habits, to provide the government with a database whereby every citizen can be assessed according to their supposed “trustworthiness” and allegiance to the Chinese government.

There is also a high degree of cooperation between the private sector to assist in the project, most notably, Alibaba’s Sesame Credit application. EJInsight reports that the current social credit rating system of the government has already been used as a basis to deny loans and financial support from the government to over 6,000 enterprises that have been blacklisted by Beijing.

For any individual or nation that values individual liberty, and human rights like the freedom of movement or freedom of speech, the Chinese social credit system should be a cause for concern.

There are even reports that China may be attempting to fashion its own “sovereign crypto-currency” which would create a further dimension of financial control to what is already an alarming experiment in authoritarian governance and social engineering.

The new measures and penalties regarding transportation services will go into effect on May 1, reports Reuters. The complete nationwide system, along with a host of monetary and social control mechanisms, as well as perks for obedience, which have yet to be announced, is expected to be fully implemented by 2020.

For more info on the aims and scope of the social credit project check out this introduction at Wired.