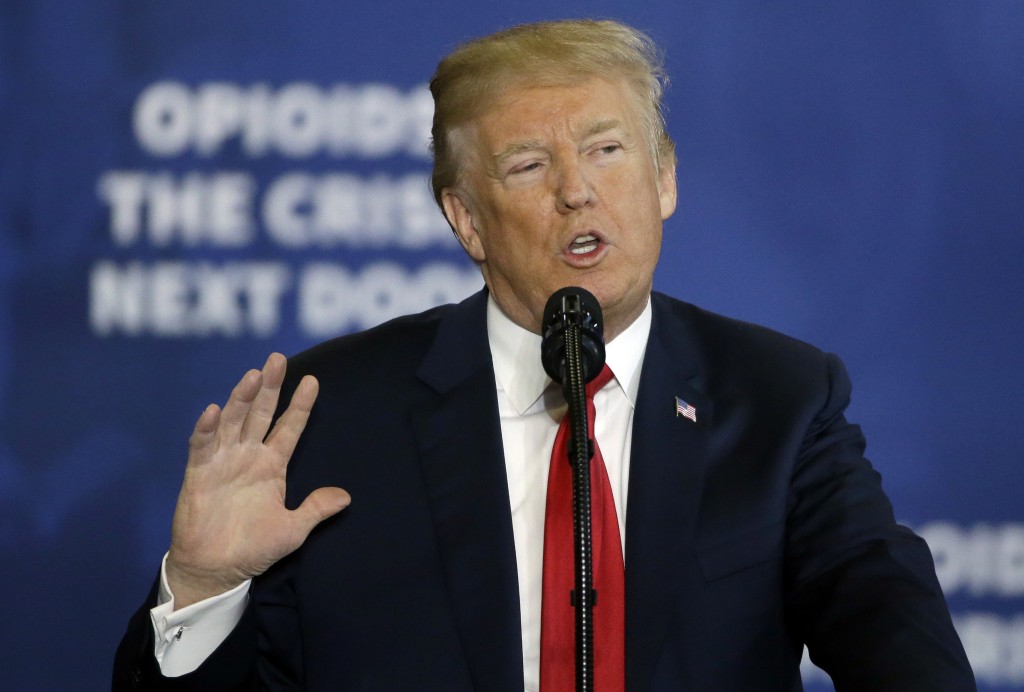 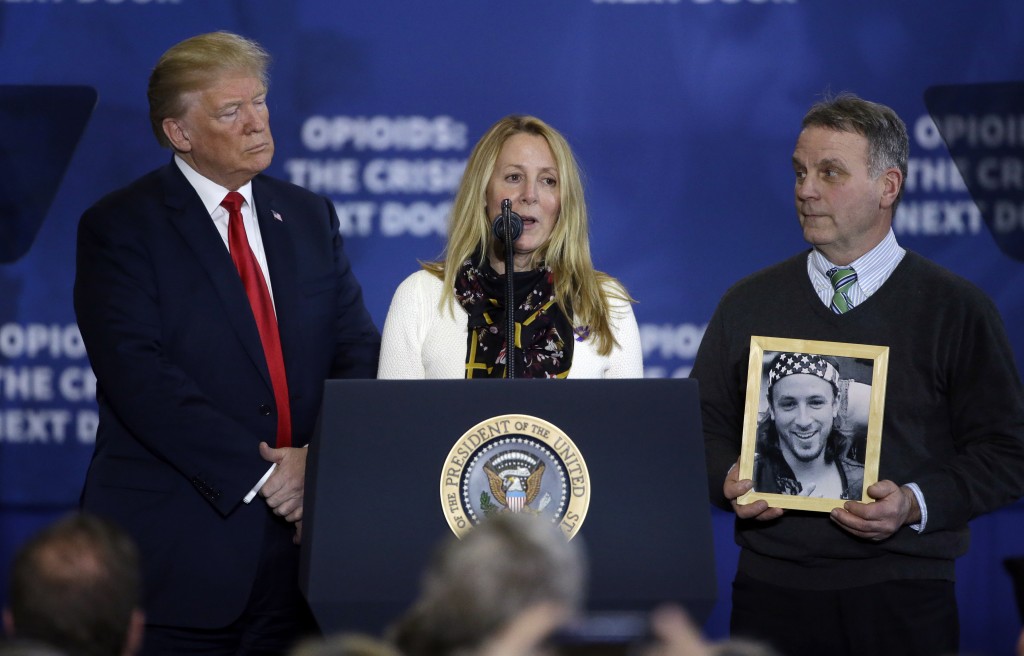 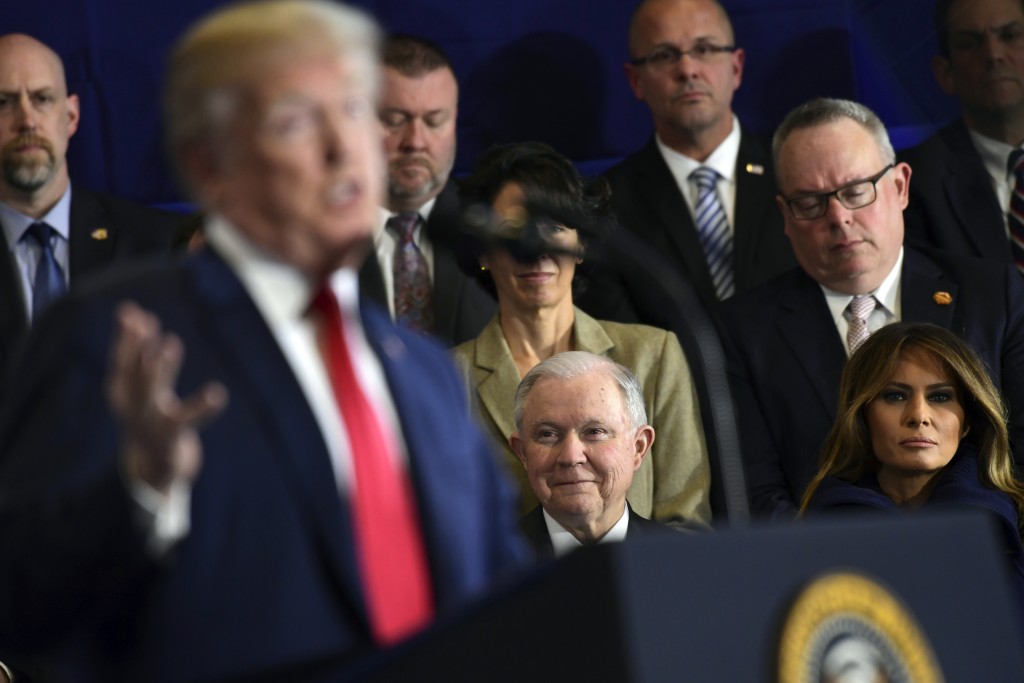 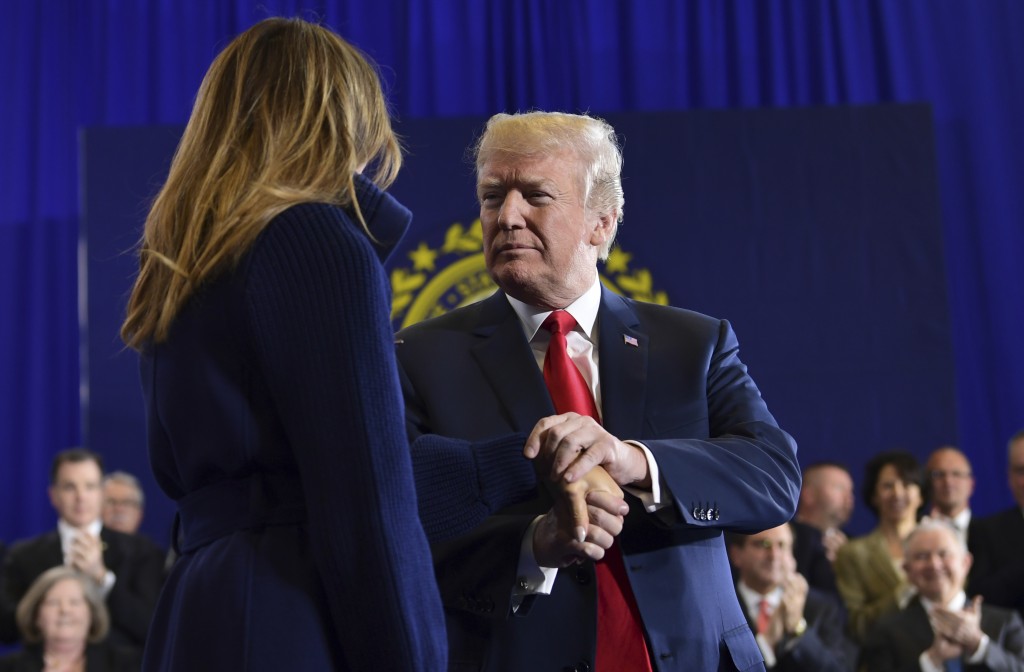 WASHINGTON (AP) — A wide-ranging White House plan to combat America's opioid crisis contains a striking element: It calls on the Justice Department to seek the death penalty for some drug traffickers. Opponents call that a return to failed drug-war tactics, and some legal experts question its constitutionality and effectiveness.

WHAT IS THE PLAN?

The push for greater use of the death penalty is just part of a sweeping plan that includes stiffer penalties for drug peddlers as well as expanding access to treatment and recovery efforts. It's in keeping with the Trump administration's tough-on-crime approach to the opioid abuse epidemic that claimed a record 42,000 people in the U.S. in 2016. Trump, who mused openly that countries like Singapore have fewer issues with addiction because they harshly punish drug dealers, said he wants the Justice Department to seek the "ultimate penalty" when possible.

CAN HE DO THAT?

The Federal Drug Kingpin Act allows federal prosecutors to seek the death penalty in cases when someone is intentionally killed during a drug deal or in furtherance of a drug enterprise.

There are other federal laws that could potentially allow death penalty prosecutions of "kingpins" when large amounts of money and drugs are involved, even if there has not been a killing. But no administration, Democratic or Republican, has ever pursued and secured a death sentence under those laws.

It's not clear that death sentences for drug dealers, even for those whose product causes multiple deaths, would be constitutional, said Doug Berman, a law professor at Ohio State University. He predicted the issue would be litigated extensively and ultimately settled by the U.S. Supreme Court.

"The death penalty is uncertain as a constitutionally permissible punishment without that connection to an intentional killing," Berman said.

Trump's attorney general, Jeff Sessions, vowed to seek the death penalty under federal law "whenever appropriate" against drug dealers who "show no respect of human dignity and put their own greed ahead of the safety and even the lives of others."

HAVE ANY DRUG TRAFFICKERS EVER BEEN SENTENCED TO DEATH?

Trump believes so, but others are skeptical.

Cornell Law School Professor John H. Blume said enforcement of the Federal Drug Kingpin Act tends to net poor minorities considered low- to mid-level drug dealers rather than kingpins whose products are fueling the drug crisis. Opponents said the approach resembles the drug war of the 1970s and '80s, when there was bipartisan agreement in Washington that the best way to fight crime was with long, mandatory prison sentences. That approach is now questioned by some conservatives as well as liberals.

"I don't think there's any reason to believe that attempting to revive this policy and use it more effectively will be any more successful," Blume said, adding that death sentences are hard to win. Too few drug traffickers will be sentenced to death and executed to have a real deterrent effect, he said. "I don't think people out there who sell drugs are worried about, am I going to get the death penalty?"