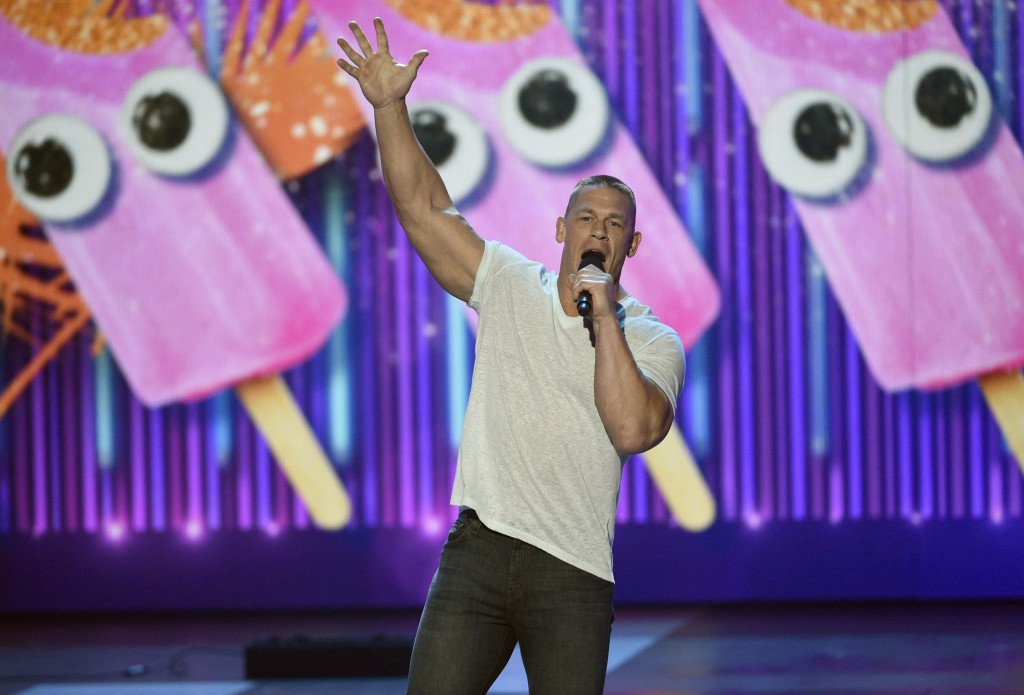 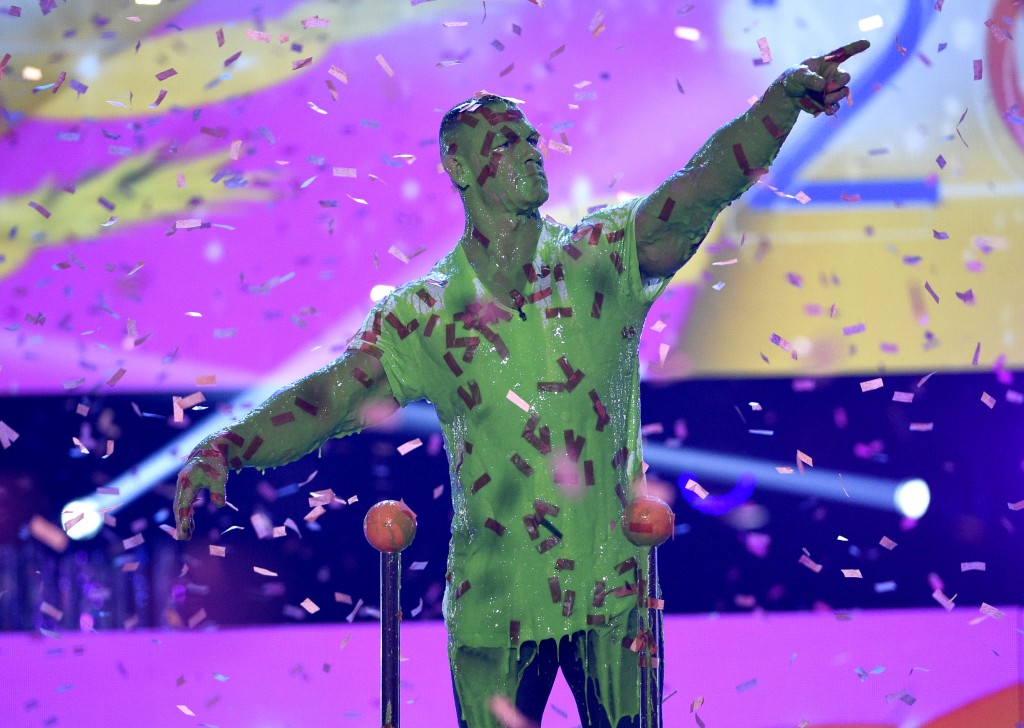 LOS ANGELES (AP) — John Cena has no children of his own, but the WWE superstar has practically dedicated his work to kids.

Cena has fulfilled nearly 600 wishes for the Make-A-Wish Foundation, more than any other celebrity. He's hosting the Kids' Choice Awards Saturday on Nickelodeon — one of three projects in the works with the children's network. He's also lending his voice to a new animated series and will be producing a new kids' competition show called "Keep it Spotless."

The 40-year-old entertainer is also branching out in print, with his first children's book, "Elbow Grease," about an undersized monster truck with big determination. It is set for release in October.

He talked with The Associated Press about his abiding love for children.

Cena: I try to put myself in that perspective of if I had one thing to wish for, where would I fall on that list? I don't know exactly if I'd be in my top 100. So for me to be the name of like, 'I would like to hang out with this person for the day,' that's a pretty strong statement... It really is pretty magical when they get a really intimate experience with the individual and then they get to go see them be a superhero (in a WWE performance). I'll do that as long as I can, as long as they're asking me to do it.

AP: Why do you think you connect so much to kids?

AP: What can you say about your new children's book?

Cena: It takes from the activity I had with my brothers growing up in a family of five boys: a lot of roughhousing, a lot of harassment — and I mean that in a brotherly way — a lot of constant sizing each other up. But at the same time it's about the values that it's taken me four decades on this planet to learn, like don't be afraid to try something new, because if you don't try anything new, you'll never learn anything. Don't be afraid to go out of your comfort zone. Never take someone else's estimation of, 'You're not good enough' or 'You're not big enough' as final, just use it as motivation to try to keep pushing forward... So this little 18, 19-page book kind of gives all of those lessons at once, and I'm very, very proud of it.

AP: You're playing a dad with a teenage daughter in the new film "Blockers," opening April 6. How was it to express such vulnerability onscreen?

Cena: I think there's a certain amount of intrigue in like, well what does a big guy really, really act like? Are they really that jaded and hard-edged, or are they actually human beings? I'm a human being, I really am. I'm much more of a softie than I am Clint Eastwood in 'Dirty Harry." So any chance I get to do something like I'm doing in 'Blockers,' where the guy is just a fit guy but he's a stay-at-home dad... I don't mind being vulnerable, I don't mind showing that because it develops plot of story, it develops sympathy, and you genuinely feel like I can relate to this person, even though it's this big guy who I have no connection with.

AP: How have you been able to find such purpose in your work?

Cena: I've swung and missed so many times, I'm glad nobody is keeping track except me. I think with failure comes embarrassment and comes humility. A lot of the reason we spend valuable minutes wandering away from purpose is because we're always afraid about what people will say and what people will think... I stopped caring about what other people thought and started caring about, like, what am I going to do that's going to make my life happy and make my life effective? ...Maybe that's why I'm trying all this crazy stuff: doing comedy, doing a little bit of acting, reading the news, hosting some TV shows, doing animated stuff, doing WWE still. It's because those things make me happy and I'm not worried about — I feel confident in the performance I've given. I just try to do my best.