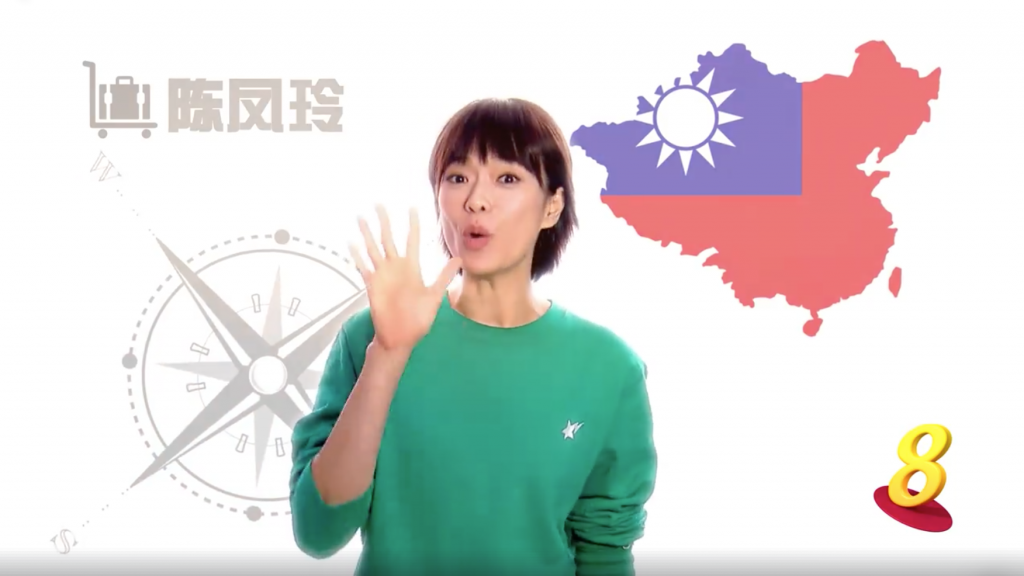 TAIPEI (Taiwan News) – A television travel show and media company in Singapore has fallen under the harsh gaze of the Chinese authorities with an apparent mistake of displaying Taiwan’s flag over Chinese territory.

In a promotional ad for a travel program on Singaporean television's Channel 8, a graphic that was used to represent China showed the Taiwanese flag instead of the Chinese one.

Mediacorp, the Singaporean television company responsible for a travel program called “My Star Guide” (我的導遊是明星) has publicly apologized for the error.

Mothership received the following message from Mediacorp: “This was a mistake that occurred during the production of graphics used in the trailer. We have sincerely apologized to the (Chinese Embassy) and the Taipei Representative Office in Singapore.”

Making light of the complicated past between China and Taiwan and the current political tensions, the recent use of such images or maps has become a humorous meme in reference to the former territory claimed by the Kuomintang.

Given China’s extreme sensitivity towards Taiwan, the mix-up made by the company in Singapore is sure to raise a few eyebrows, and possibly cost someone their job.

Hopefully, Mediacorp's prompt recognition and apology for their mistake about flags and territory, will be a lesson for companies across the world that have mistakenly regarded Taiwan as a part of China.

A gif of the video, which has since been removed from web, is below.