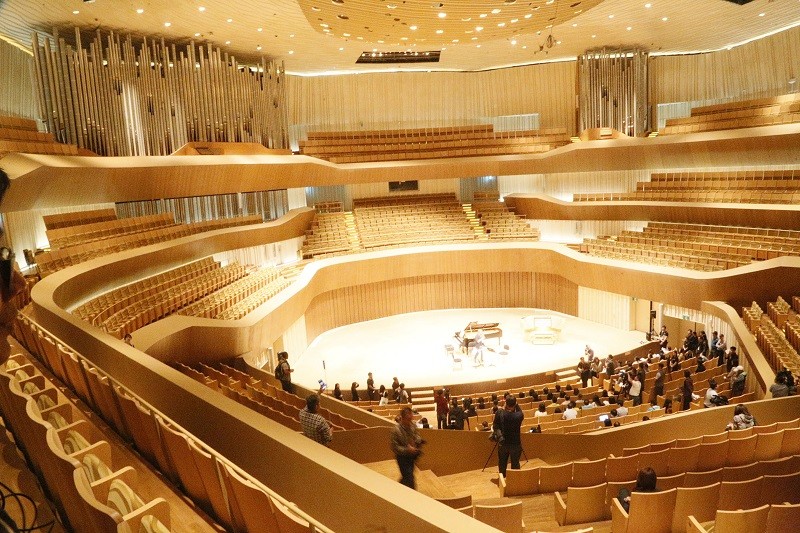 TAIPEI (Taiwan News)--The Wei-Wu-Ying Center for the Arts in Kaohisung City, which is slated to open in October, on Wednesday showed off a German-made pipe organ in the Concert Hall, reportedly the grandest such instrument in Asia.

The Concert Hall is in vineyard style and houses 2,000 seats, according to an introduction on the Wei-Wu-Ying Center for the Arts website. With the seating on all sides of the concert platform, audience members are positioned in close proximity to artists and able to experience intimate performances, the introduction said.

The acoustic canopy from the ceiling is adjustable so the hall can adapt for different musical performances, using different heights and angles to achieve excellent quality of sound, according to the introduction. During Wednesday’s inspection, a quartet performed in the concert hall with the acoustic canopy lowered, which reportedly had achieved a sound effect like music coming out of headsets.

The pipe organ in the Concert Hall is manufactured by eminent German organ builder Johannes Klais Orgelbau, and the instrument reportedly cost NT$120 million to build. With 9,194 pipes, this pipe organ is reportedly the grandest organ in Asia.