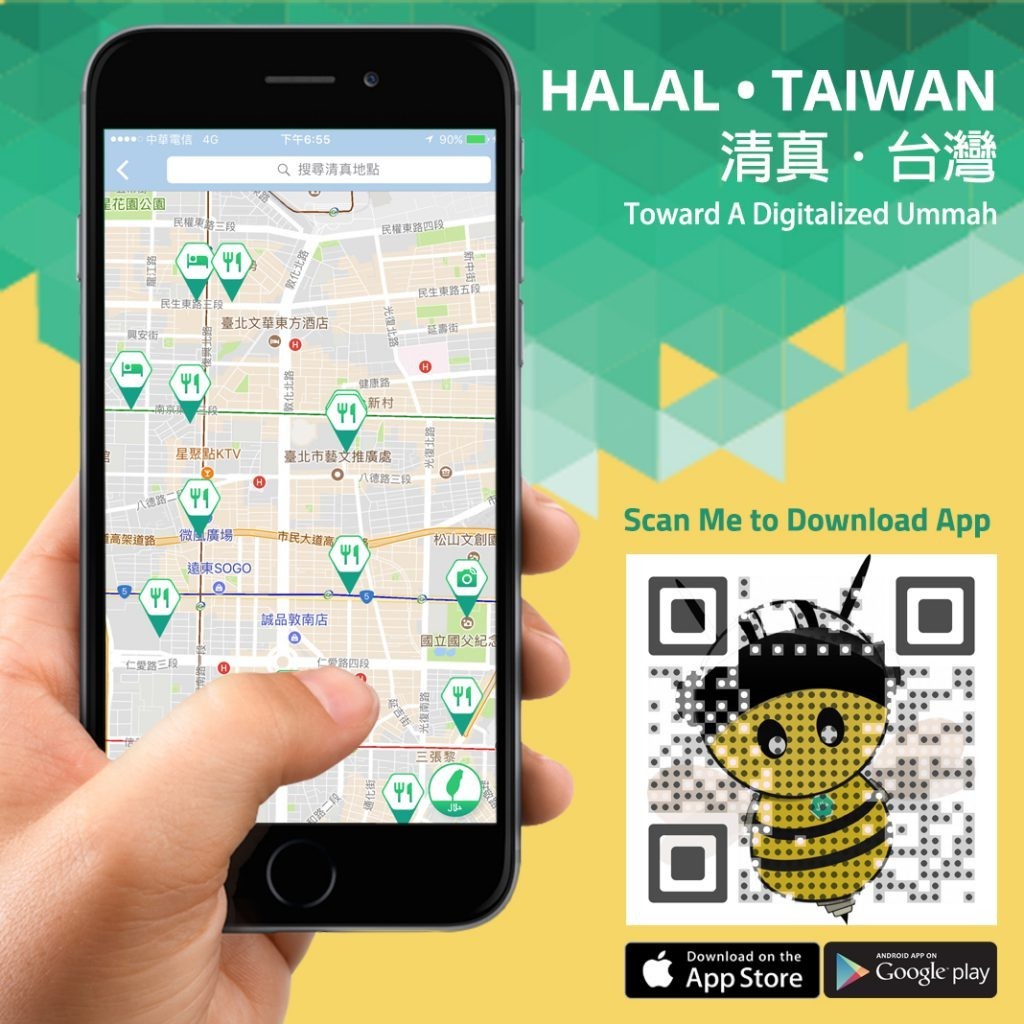 TAIPEI (Taiwan News)—A group of Indonesian and Taiwanese Muslim college students have developed an app that has not only enabled users to easily find prayer rooms, halal restaurants and hotels but has also enabled the student developers to pocket a total of NT$950,000 in prize money from several organizations, including the Ministry of Education.

The group of Muslim students study at National Taiwan University of Science and Technology, which is said to have the largest group of international students from Indonesia in Taiwan.

The group has developed the “Halal.TW” (a.k.a "Halal.Taiwan") app (清真台灣) that is designed to bring peace of mind to Muslim travelers in Taiwan.

The app, which has reportedly been downloaded 6,000 times, includes the information about locations and phone numbers of more than 300 hahal restaurants, stores, hotels, and prayer rooms, the development team said, adding that the app has three language interfaces –Chinese, English and Indonesian.

According to an introduction on the Halal.TW official website, the free app is “a project aiming to deliver the best possible system and experience for everyone to explore halal thingy in Taiwan via mobile apps.”

Nur Najman Ade Putra, an Indonesian member of the development team, said that he came to Taiwan with his parents when he was a junior high school student. He said he often had a hard time finding a halal restaurant or pray room when he was outside. He said he decided to develop the app in order to solve the problem and help other people with the same need.

He added he hoped that with the help of Halal.TW app, more Muslims in other countries can learn that Taiwan actually has many stores and environments that provide halal services and that they are very friendly to Muslims.