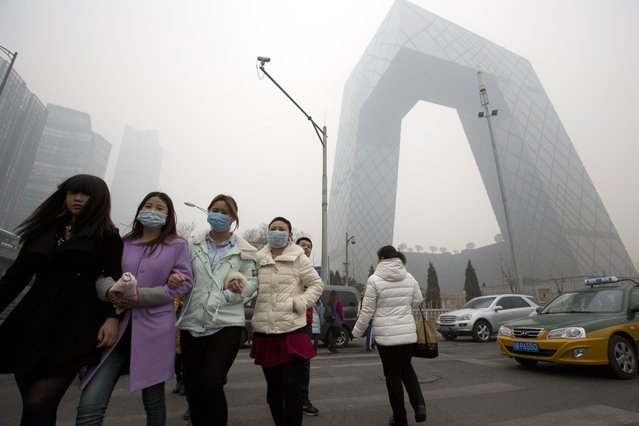 The Communist Party of China (CCP) has rolled the dice once more in an attempt to win over Taiwanese hearts and minds. However, their latest effort is more akin to blackmail than anything likely to persuade Taiwan of the merits of unification.

At the same time, as Communist China is crowning Xi Jinping as President for life and in doing so lurching away from the facade of modernization and back to the old-fashioned authoritarianism of the Chairman Mao era, the CCP’s Taiwan Affairs Office announced a set of 31 initiatives that were to be opened up to Taiwanese citizens.

Specifically, the target audience for these incentives was Taiwanese people already living, working, studying or investing in China, but it was quickly apparent that they are also seen by the CCP as incentives to lure talented Taiwanese people over to China with the promise of greater economic benefits.

Given the official title of “Favorable measures for Taiwanese” (惠台措施), the CCP propaganda reads that this is merely an offer to put Taiwanese citizens on a par with China and enable them to “share in the benefits of China’s economic development.” They have been compiled by no fewer than 29 different CCP government agencies and, in keeping the with cult of personality currently being built around the CCP leader, they are being billed as "the vision of Chinese President Xi Jinping (習近平) regarding Taiwan."

That is not something that will be particularly enticing to Taiwanese people who are not subjected to nearly as much Xi propaganda as the Chinese. But you also do not have to be much of a cynic to see through the spin and interpret the 31 initiatives for what they really are; namely a transparent attempt to try and win support for the CCP from Taiwanese people and to draw talented people and investment money away from Taiwan and, in doing so, exacerbating Taiwan’s brain drain issue and create new economic challenges.

Taiwan’s Premier, William Lai has gone even further and called the 31 incentives out for what they really are. Addressing a legislative interpellation, he described them as “sugarcoated” and “nothing more than old wine in new bottles ultimately set to take over Taiwan.”

Taiwanese people should be under no delusion that the CCP has any interest in offering them additional rights and opportunities. The CCP operates one of the most authoritarian single party states in the world, and one which is about to get a whole lot worse. Their ambition for Taiwan is nothing less than complete annexation and any policies towards Taiwan are ultimately tailored to that end.

How should Taiwan react?

So, how should the Taiwanese Government respond? Perhaps the first question is whether they should at all. Most young people in Taiwan are staunchly opposed to unification with China and acutely aware of the dangers the CCP poses to their homeland.

And yet the myths around China’s economic miracle persist in China and many young people do continue to head there in search of a better life motivated by pro-unification family members and even often just simple greed.

Therefore, these 31 incentives are yet another reason to add to the long list of reasons why one of the Taiwanese Government’s top priorities should be ensuring a swift improvement in both salaries and working conditions in Taiwan.

This is the main reason why many talented young Taiwanese professionals seek employment opportunities overseas. And it should be a source of deep national shame if the prospects of working in an authoritarian Communist dictatorship are more enticing than remaining in their own free democratic society. This has to change, and it is encouraging that this has already been acknowledged by a few senior government figures.

Premier William Lai is currently holding meetings to discuss the Government’s response and the Executive Yuan has set up a special ad-hoc committee, chaired by Vice Premier Shih Jun-ji (施俊吉), to collect response strategies from government agencies before any formal response is announced.

So, what exactly could they be considering? Some of the most attractive incentives include permitting Taiwanese firms to invest in Chinese businesses. Such investors would however be wise to note that in China, any business which falls foul of the CCP is swiftly seized by the state. To counter this, the Taiwanese Government could offer better incentives to invest and start new businesses in Taiwan.

The offer of tax breaks can easily be replicated in Taiwan and indeed, such a move might see Taiwan begin to transition towards a more low-tax economy which has the potential be a great economic boost to the whole country.

The opportunity to participate in such schemes as the “Made in China 2025” initiative and National Key Research and Development Programs, as well as bid for government procurement contracts, and manage semi-public enterprises sound good on paper, but the realities of working hand in glove with the CCP will quickly begin to bite and many who get involved in such schemes will quickly wish they had not.

But the long-term impact of the initiative on global stability and democracy will most likely be dire. The simple step for the Taiwanese Government to take should be to ban Taiwanese involvement in it completely. Anything which enhances the CCPs power is a clear national security risk to Taiwan, so such a move is easily justified.

Eligibility for Chinese professional examinations can be countered by making access to such qualifications easier and more attractive in Taiwan and simultaneously ensuring that their Chinese equivalents are not valid in this country.

Meanwhile closer media ties with Chinese companies should be swiftly outlawed on the grounds that China only operates a state-run propaganda-driven media and does not offer any fair and impartial coverage. In an ideal world, this would be part of a package of measures designed to severely restrict Chinese involvement in Taiwan’s broadcast and print media too. Likewise, any cooperation on films and TV productions should not be permitted if the content of the production serves to promote the CCP.

China’s 31 incentives initiative sounds impressive, but digging into the detail, there is actually very little on offer that will attract any Taiwanese person with a basic understanding of how Communist China operates.

But nevertheless, the Taiwanese government has to address it as a potential threat to the country and respond accordingly. Much of what it needs to do is straightforward, but there is also an opportunity now to bring forward broader legislative reforms to loosen the grip China currently has over Taiwan’s media and too much of its business sector.