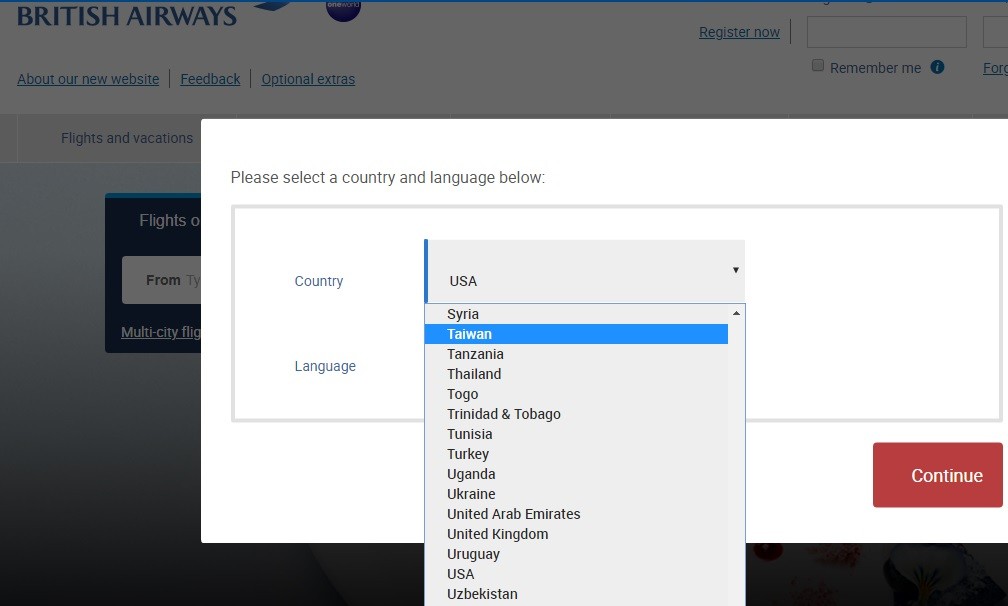 TAIPEI (Taiwan News) - Unlike other companies bending under significant pressure to list Taiwan as part of China, a popular U.K.-based airliner has decided to remove "China" after "Taiwan" and, reportedly, apologized for causing offense in the returned emails that protested the name change.

Amid China's witch hunts starting earlier this year with the United States hotel chain Marriott, websites of major multinational corporations listing Taiwan as a separate country were being targeted by Chinese state media and netizens. In response to the threats and punishment imposed by Chinese netizens and authorities, a growing list of corporations have reportedly added "China" after "Taiwan," most recently including the well-known German brand names Mercedes Benz, Bosch, and Lufthansa.

According to Liberty Times, several Taiwanese netizens wrote emails to the British Airways explaining that Taiwan is a sovereign state and should not be listed as part of China. The airline was said to have politely responded to the complaints and took away "China" after "Taiwan" in its both Chinese and English-language web pages.