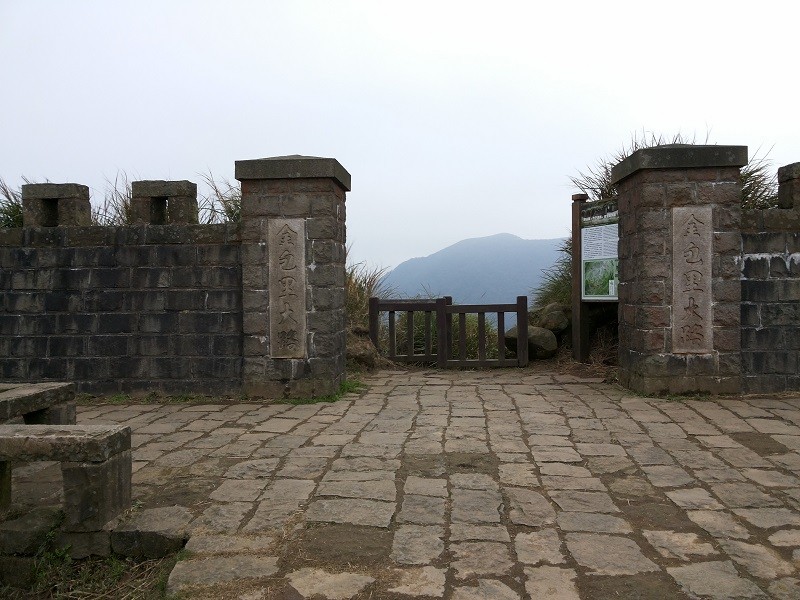 TAIPEI (Taiwan News)—The weather on Friday was dry even though a bit windy, which made it slightly chilly. I decided to hike the Jinbaoli Trail (Fishermen's Trail) in the Yangmingshan National Park.

The Jinbaoli Trail follows an ancient route, which used to be the main route for travel between Shilin in Taipei and Jinbolli (Jinshan, New Taipei City) on the North Coast in the early days when there were no Coastal Highway (Provincial Highway No. 2) and Yangjin Highway (陽金公路). The ancient trail was used by porters to transport such products as fish, sulfur, and tea, and parts of the trail were steep. The trail is said to have been heavily traveled during the Qing Dynasty and used regularly up until 1950’s.

In a way, I was actually following in the footsteps of the early Taiwanese settlers, and I believe the section I traveled on Friday from Qingtiangang to the Shanghuang Creek parking lot is the most beautiful part of the historic trail, where relics of the past could be seen here and there, including the deserted terraced fields, Hanbing’s House and Xuyan Bridge.

Archaeological studies reveal that the Hanbing’s House was a small store that might have served as a rest station along the trail in the old days.

The Xuyan Bridge, which spans Shanghuang Creek, the widest of three creeks intersecting with the Jinbaoli Trail, was funded by a tea merchant named Xu Qing-yan and built in 1896.

The Jinbaolli Trail intersects at many places with a trail built for military purposes by the Japanese when they occupied Taiwan (1895-1945), forming today’s intersected trail system. The Jinbaolil Trail is more direct, shorter, and relatively steep, while the Japanese trail is wider and more winding, having been built along more level contour lines to ease the transportation of cannons.

If you would like to stay on the ancient trail, look at the direction signs at the intersections and just follow the shortest routes.

Most people start hiking the trail from the Jinbaoli Trail gate near the Qingtiangang Visitor Center, which can be accessed via Bus S15 (starting from the Taipei Metro Jiantan station) and the Yamingshan circular bus 108. As I was walking down the steep path from the gate, I was appreciating the landscape down below, which is dominated by long grasses and shrubs that are more resistant to winds.

After descending a few hundred meters, the trail begins to wind through forests with creeks running alongside. The cool water in the creeks must have been a great blessing to the porters who toiled in the summer heat in the past centuries. During mid to late Qing and the Japanese occupation era, the thick woods was the location where small dispersed villages grew up.

The trail is shaded from the point on, so it is a recommend route even in summer.

The total distance from Qingtiangang to the Shanghuang Creek parking lot is 2.5 km. However, even if you want to hike farther, you are not allowed to because the part of the trail that leads down to the Bayan community and places closer to Jinshan is closed due to landslides.

When hikers reach the Shanghuang Creek parking lot, they can take a Royal bus from there back to Taipei or to Jinshan and transfer back to Taipei. But they are recommended to hike back to Qingtiangang since the trail is not long. 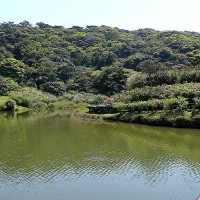 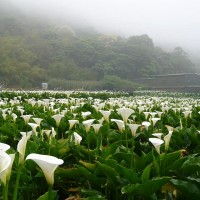 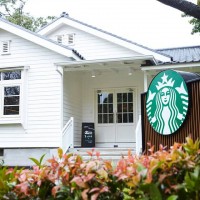 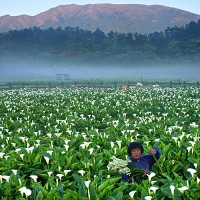 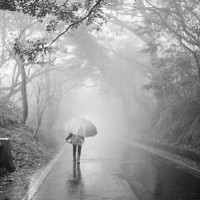