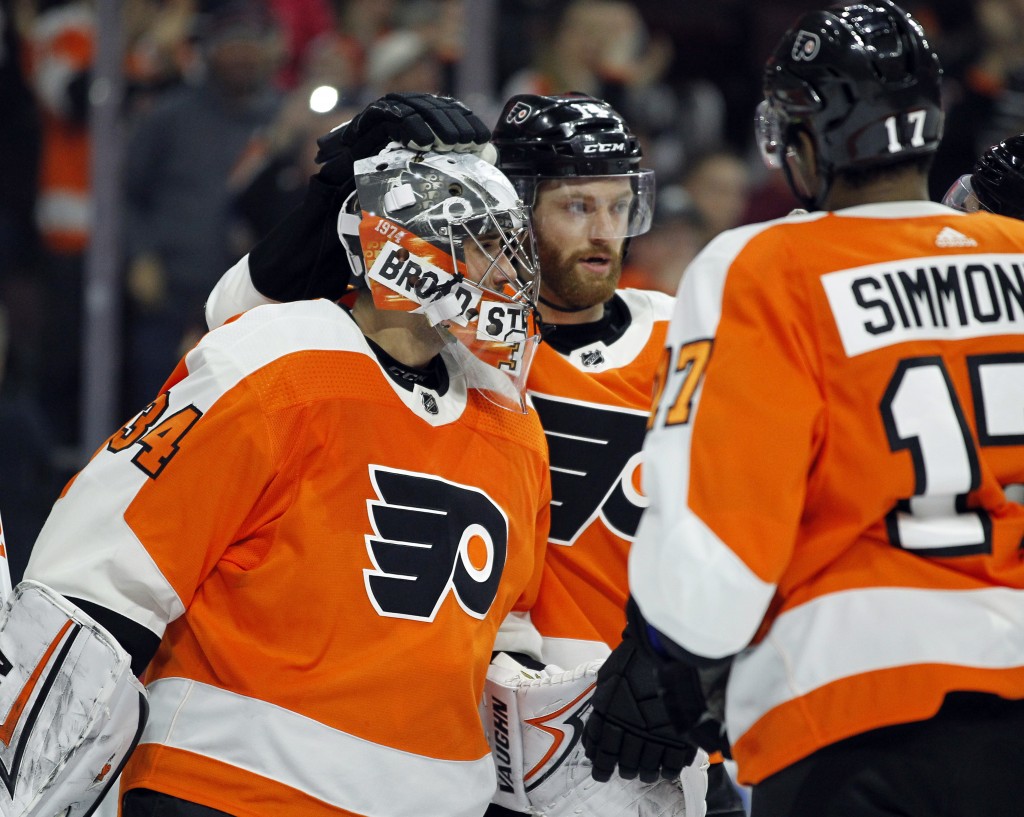 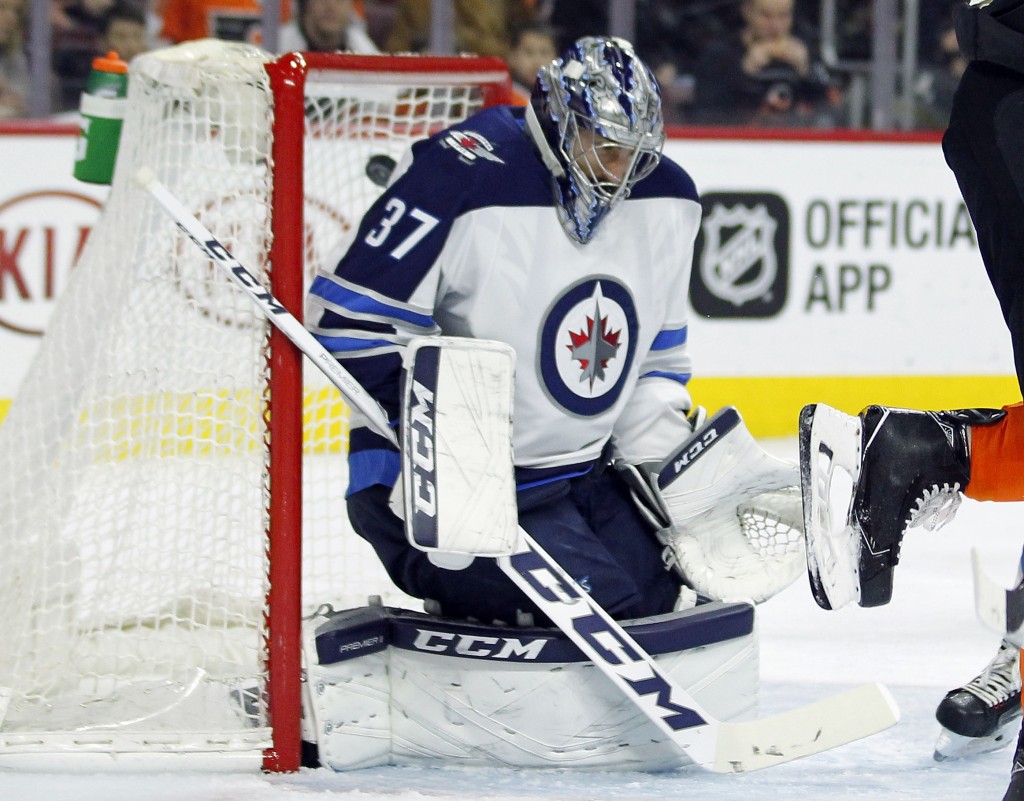 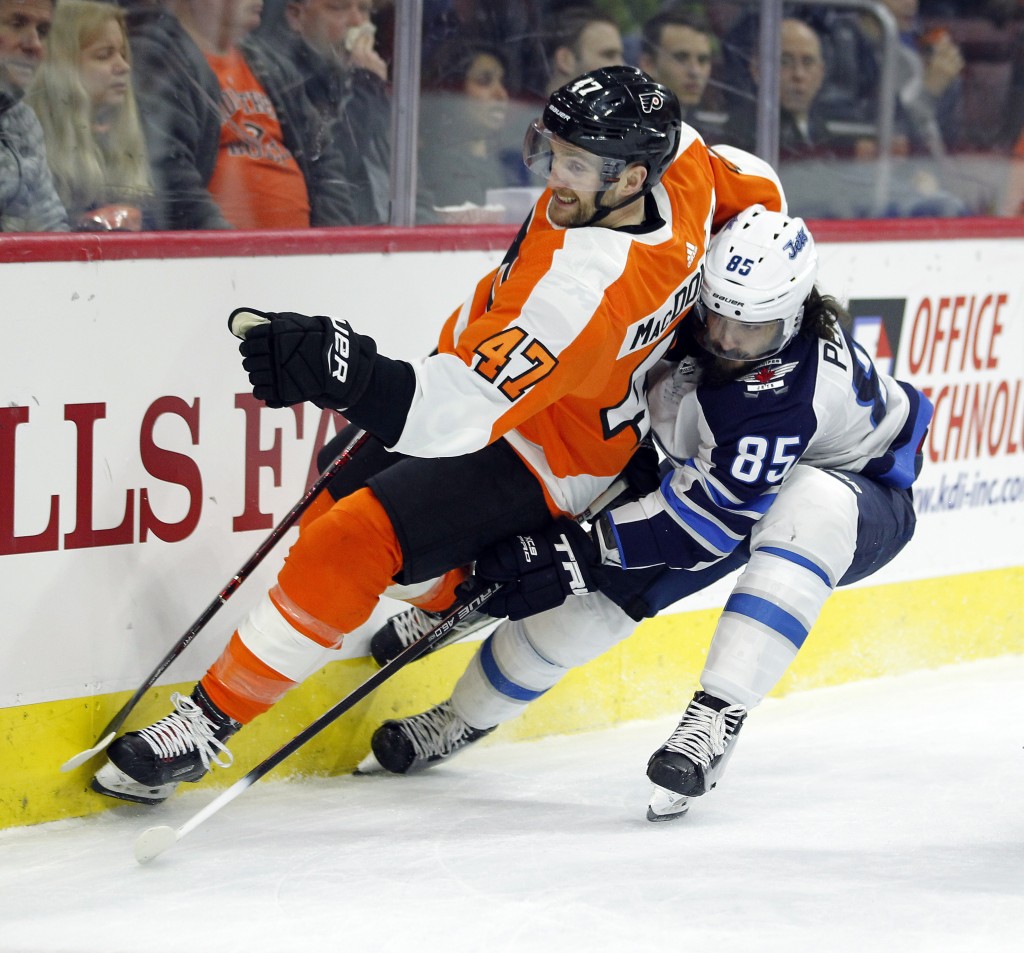 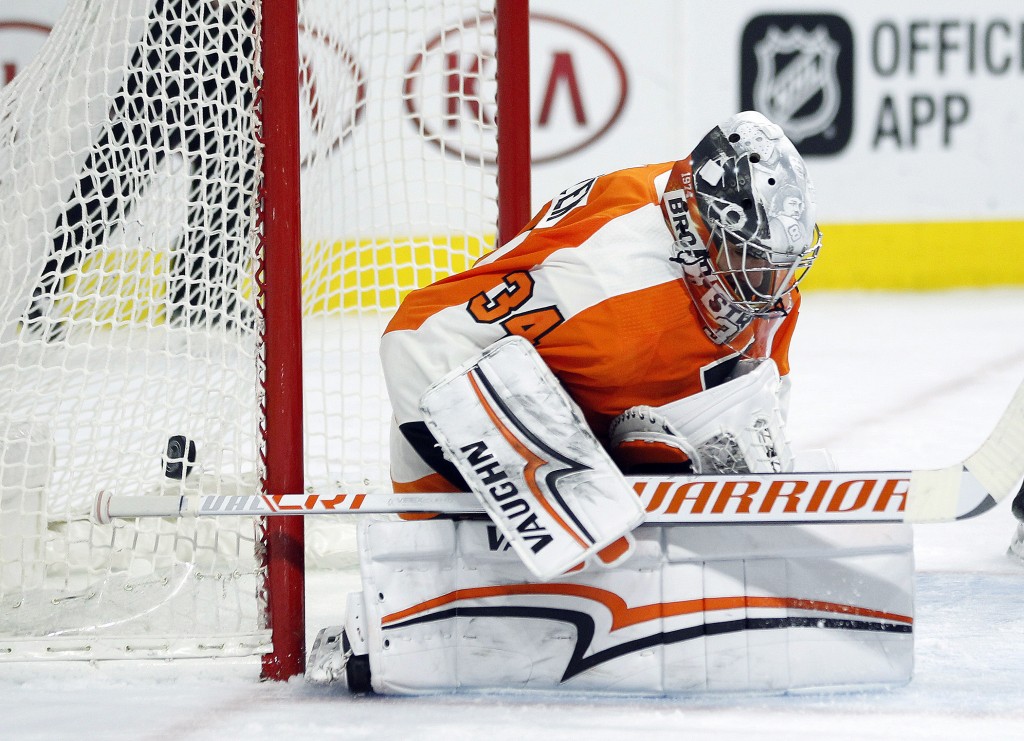 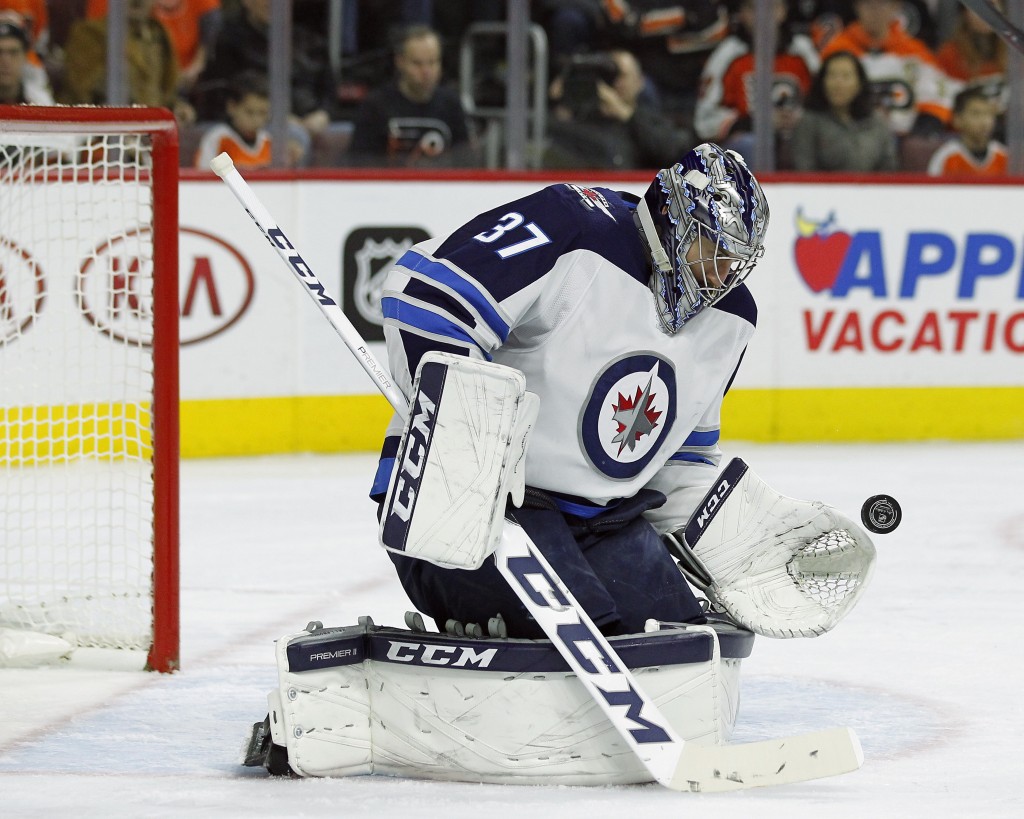 PHILADELPHIA (AP) — Claude Giroux and Andrew MacDonald scored in the second period and the Philadelphia Flyers overcame Patrik Laine's 40th goal of the season in a 2-1 victory over the Winnipeg Jets on Saturday that snapped a five-game losing streak.

Laine moved into a tie with Washington's Alex Ovechkin for the most goals in the league when he scored on a one-timer on the power play at 8:58 of the third period. The 19-year-old Finn has 15 goals and six assists during an 11-game point streak.

But Petr Mrazek stopped 27 shots for the Flyers, bouncing back from a stretch of 18 goals allowed in four games.

Connor Hellebuyck made 33 saves for the Jets, who saw their four-game winning streak end.

Mrazek robbed Laine with a glove save in the first period, then the Flyers took control in the second period, with their second goal coming in odd fashion.

After the officials ruled Hellebuyck had kept the puck out of the goal when he swiped out MacDonald's backhand with his glove at 8:01, play continued for 41 seconds until the NHL replay unit in Toronto phoned to the scoreboard operator to blow the horn.

Play was stopped with the puck loose near center ice. The replay showed the puck crossed the line just inside the right post before Hellebuyck threw it out.

Earlier, Giroux found a way to stop the Flyers' woes on the power play by scoring on a delayed penalty.

The Flyers drew boos on their first man advantage and were outshot 2-1 on their second to fall into a 2-for-26 slump. But Giroux then scored his 24th from the left dot after Mrazek had skated off for an extra attacker at 5:40 of the second period.

The up-and-down Flyers were playing the fifth game of a difficult six-game stretch against teams with a combined record entering Saturday of 245-118-37. Their 0-4-1 stretch had followed a six-game winning streak that moved them atop the Metropolitan Division.

The Flyers entered the day third in their division and the Jets were second in the Central Division.

Both teams had to make emergency recalls from the minors before the game.

The Jets played their second straight game without 51-point scorer Mark Scheifele (upper body). Defensemen Dmitry Kulikov and Toby Enstrom were also out after being injured in Thursday's 3-2 win at New Jersey.

Defenseman Tucker Poolman was recalled and played along with Joe Morrow, a healthy scratch Thursday.

The Jets did little until Laine struck again. His 76th career goal moved him past Sidney Crosby and into a tie for third with Brian Bellows for the most goals by a teenager in NHL history. He trails Jimmy Carson (92) and Dale Hawerchuk (85).

Jets: Monday night at Washington in the fifth of six straight on the road.

Flyers: Host Vegas on Monday night in their final game against a Western Conference team.