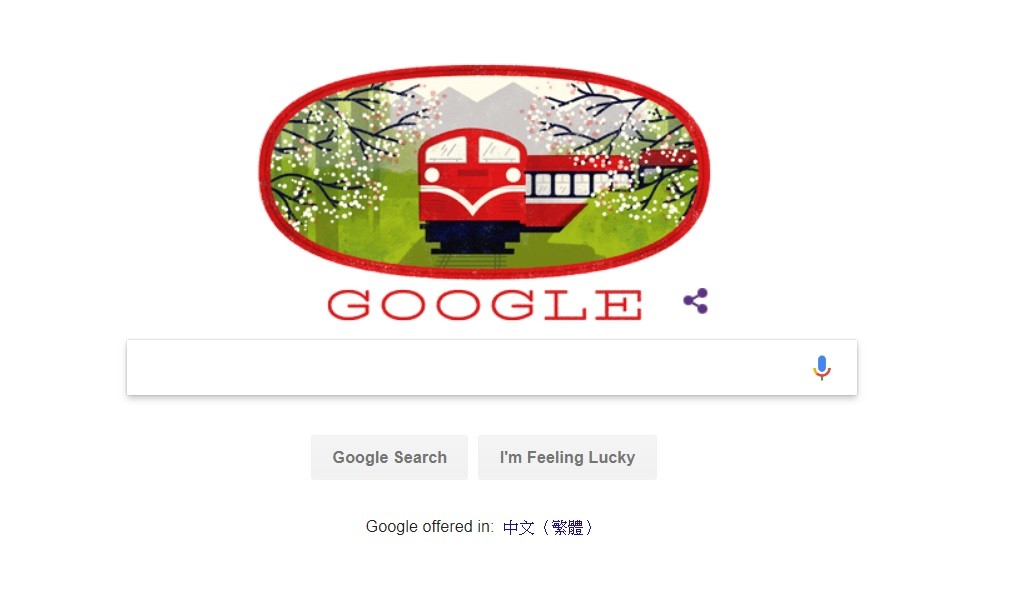 TAIPEI (Taiwan News) -- On Saturday tech giant Google replaced its logo with a red train passing through tracks covered with cherry blossom on both the sides to commemorate 106 years of Alishan Forest Railway.

The company is known for its creative doodles on its webpage, which is a special, temporary alteration of the logo on Google's homepage to commemorates holidays, events, achievements, and people.

The doodle is reportedly visible in Taiwan, China, Hong Kong and Japan, according to Central News Agency.

It features the red train passing through blooming cherry blossom trees with the Alishan mountains in the background.

The doodle was put up to acknowledge the fact that starting this week many people would travel to the mountains on the red train to see the cherry blossoms in full bloom.

Due to recent accidents, the Alishan Forest Railway branch of the Taiwan Railways Administration had initially announced that services for the train would be halted from February to March, but on Saturday the suspension of train services was extended for an extra three months for development plans, reported CNA. 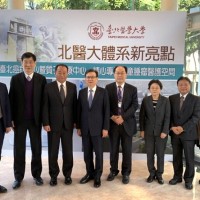