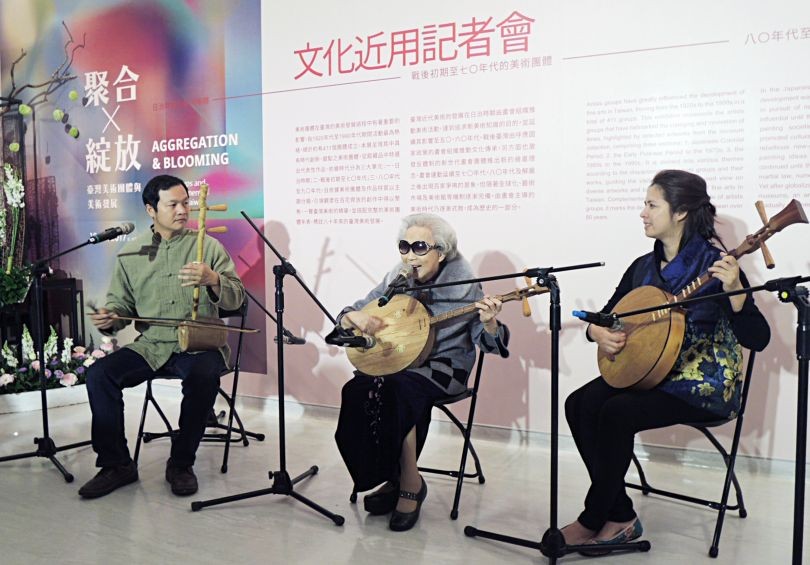 The exhibition opened in October of last year and will run through December 2019.

Yang sings in the traditional Taiwanese folk opera style, gezaixi (歌仔戲). In this style a narrator tells a story somewhat spontaneously, a style much more flexible than Peking opera.

Yang went blind at the age of four. After Yang married in 1954, at the age of 22, she and her husband traveled around Taiwan, performing only in the gezaixi style. They are credited with culturally promoting and preserving the art form.

The “Aggregation and Blooming” exhibit aims to provide the public with a clearer understanding of the development of art in Taiwan and history's effects on the modern artistic landscape. The exhibit is divided into three major time periods: the Japanese colonial period, early post-war to the 1970s, from the 1980s to today.