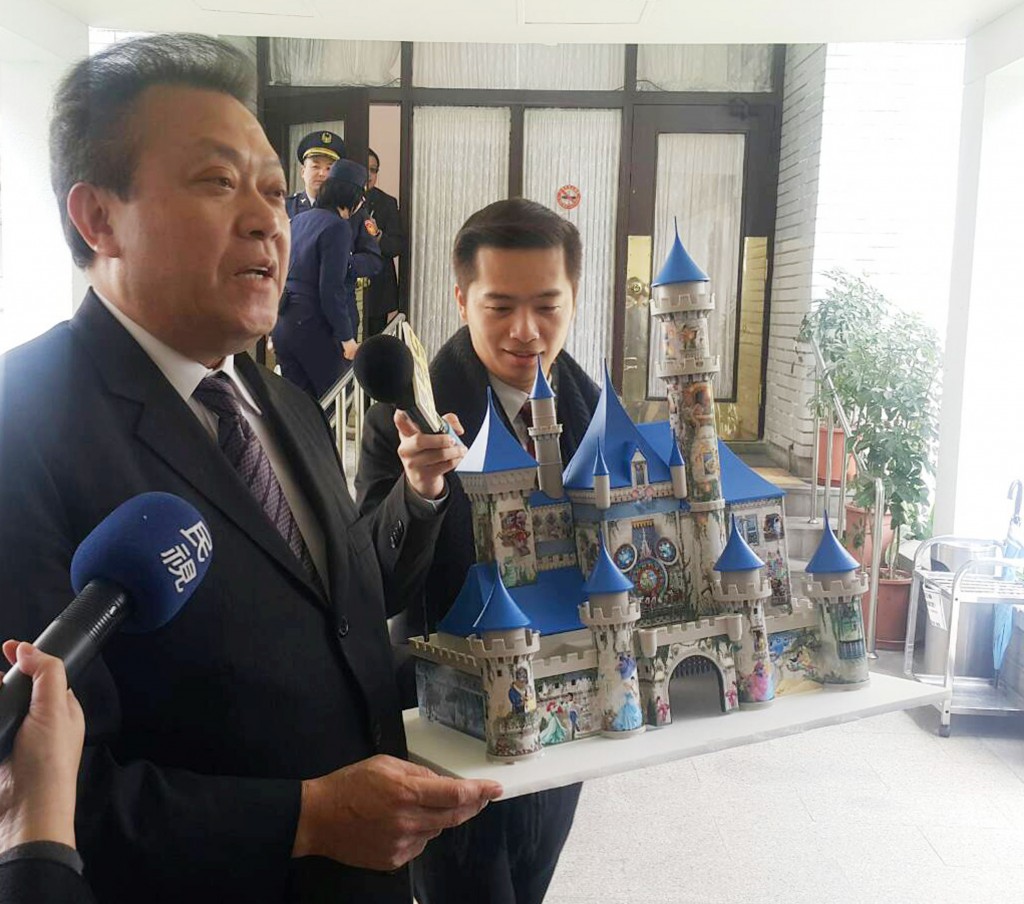 In a meeting of the Legislative Yuan on Tuesday, March 9, Democratic People’s Party (DPP) representative Chuang Jui-hsiang (莊瑞雄) said that since Pingtung is at the end of most travel itineraries, it should be included as a stop on the HSR route, reported CNA.

Chuang compared Pingtung to other cities, and with a stop added to the end of high speed rail line, it would raise the city's profile as a popular destination, and perhaps a choice location for a theme park. Disney theme parks are also located in these cities: Tokyo Disneyland, Hong Kong Disneyland, Shanghai Disneyland.

Premier William Lai (賴清德) responded to the appeal by stating, “So representative Chuang is not only fighting for the southern extension of the HSR but also the addition of a Disney theme park?”

Representative Su from Pingtung then held a Disney castle today during a press interview and said that after Premier Lai’s remarks on Tuesday he received many calls encouraging the idea of a Disneyland in Pingtung. Su interpreted the support as a sign of Pingtung’s future growth potential, according to CNA.

At present Pingtung is having a hard time handling an influx of new residents and the problem is most evident in terms of transportation. These problems are scaring away companies from investing in the area.

As for the model representative Su showcased today, it is a generic model of the Disney castle purchased online for around NT$2,000 (US$60). The castle took three assistants five hours to assemble.