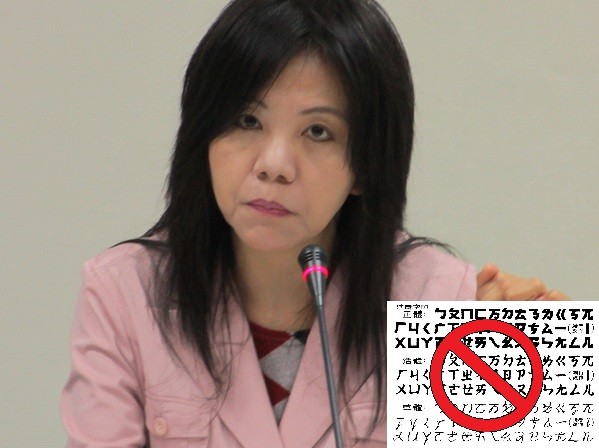 Yeh, currently a DPP caucus whip in the Legislature, last week rose hackles across Taiwan when she suggested in a primary debate among mayoral hopefuls in Tainan that the best way to improve reading scores and literacy among children in Taiwan would be to do away with the phonetic system currently used to teach pronunciation of Chinese characters, known as zhuyin (commonly called Bopomofo), in favor of the Romanization system used in China -- pinyin (拼音).

The DPP yesterday released the results of its primary for the Tainan mayoral race and legislator Huang Wei-che (黃偉哲) easily won with 41.58 percent, followed by Chen Ting-fei (陳亭妃) at 28.17 percent, Yen Chun-tso (顏純左) at 6.72 percent, Wang Ting-yu (王定宇) at 5.13 percent, Lee Chun-yi (李俊毅) at 2.11 percent, and in dead last place, Yeh Yi-jin (葉宜津) with only .76 percent of the vote.

During the primary race, Yeh suggested that the zhuyin system serves no practical purpose, and that young learners in Taiwan would be better served if basic phonics were taught using the pinyin system instead, arguing that early practice with the Latin alphabet would serve the dual purpose of prepping them to study foreign languages which use the alphabet later on. She also argued that Taiwan needed to do this to catch up with international standards in learning the language.

After Yeh posted a message on her Facebook page congratulating Huang on winning the primary at noon yesterday (March 8), it was quickly peppered with thousands of sarcastic comments, many entirely with zhuyin symbols, with a total of 10,000 comments on the post at the time of publication.

Many Taiwanese took exception to her suggestion because they consider zhuyin, like traditional Chinese characters, a part Taiwan's cultural heritage and a major way that it distinguishes itself from China. Many Mandarin instructors argue that pronunciation of the zhuyin symbols is more accurate. While some educators would argue that switching to pinyin may not actually lead to faster learning of English, but rather result in cognitive dissonance when it comes to pronunciation of English words.

Some netizens suggested that once the country moved to pinyin, she would call for the phasing out of Chinese characters entirely, and how ridiculous that would be since there are so many words that are have the exact same spelling in pinyin. One netizen listed out several dozen homophones, including "石室詩士施氏," which are the characters for "stone, room, temple, scholar, execute, a family surname," but in pinyin are all spelled as "shi."

Another sarcastically said, "Maybe Taiwan should get rid of Chinese altogether, and everyone can just learn English instead!"

One of the comments in zhuyin symbols said, "Thank you for making such a great contribution to the zhuyin problem, now everyone loves Bopomofo even more!"

In response to the Facebook comments, Yeh said told Yahoo News that the netizens were acting irrationally saying things like the next step after abolishing zhuyin would be to switch to Japanese Hiragana, "When did I say that?" she questioned. She hoped that everyone would calm down, textbooks have changed a lot from the past to the present and Taiwan has to keep pace with the times. 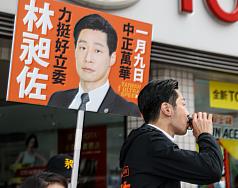 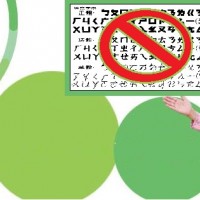 Taiwanese politician triggers linguistic debate on the merits of pinyin vs. zhuyin
2018/03/06 17:16