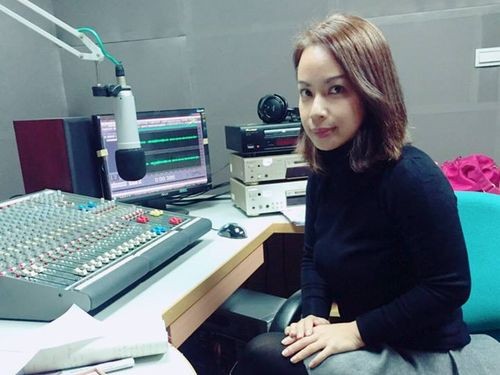 The host of a weekly radio program that seeks to inform and answer the questions of Filipino migrant workers about their rights and obligations in Taiwan, as laid out in the nation's labor laws, says the show also tries to make them "feel at home" on the island.

The show's host, Kaibigan Jay, born in the southern port city of Kaohsiung to a Filipino mother, fronts the program which invites listeners to voice their concerns about life in Taiwan.

Kaibigan Jay, who has hosted the program in Filipino since February 2016, says she does her best to help listeners and when necessary also directs their questions to the relevant authorities or the Manila Economic and Cultural Office.

The show promotes the 1955 telephone hotline, established for migrant workers to make queries and file complaints.

The hotline, supported by the Ministry of Labor, works to safeguard the human rights of foreign workers, according to its website.

The program is usually divided into four sections.

To start with, she talks about current affairs, Jay says, adding that one of the recent issues discussed was overseas Filipino workers who become pregnant in Taiwan.

Overseas Filipino workers are not the only ones who listen to her show, sometimes their employers also tune in, says Jay, adding that she uses Filipino when talking about issues regarding migrant workers, but Chinese for employer related matters.

She informs her listeners of issues they need to know about, Kaibigan Jay said, adding that "sometimes on the weekends, some migrant workers work extra jobs as singers or restaurant staff, which falls outside their permitted work and I don't recommend they do these things."

"Another case is the migrant workers who are unaccounted for. I tell them that once that happens they lose some of their rights," says Jay, such as health insurance or certain legal protections.

"Recently there was a case where an Indonesian domestic worker jumped off a building, as she likely had limited resources to help her and nobody told her she could phone and ask for help," Jay points out.

The program is aimed at helping migrant workers and telling them where to find help, such as the 1955 hotline.

"The people who have it worst are the migrant fishermen, in my opinion they are treated quite poorly in Taiwan because they often fall victim to exploitation by employers or agents," Jay says, adding that when she talks about them on the program, she often mentions past cases from which listeners can learn.

"There was a recent case of a migrant fisherman who disappeared while at sea, but we don't know about his family and he often changed employers," she says, making it difficult to find them.

The second section consists of a broadcast of current news from the Philippines.

"In the third section, I talk about rules and regulations for at least 15 minutes, while in the fourth section, I often interview migrant workers, for example winners of singing competitions or other talent contests," she says.

"I interviewed a Filipino sand artist who secured a street performer's permit in Taiwan and so can legally perform his art in the country," said Jay, adding that it is not easy to get a street performer permit.

The program also includes a segment on learning Chinese, if a particular week does not feature any interviews, said Jay.

When asked how listeners can send in their questions, she says they can submit questions or comments through the show's Facebook page.