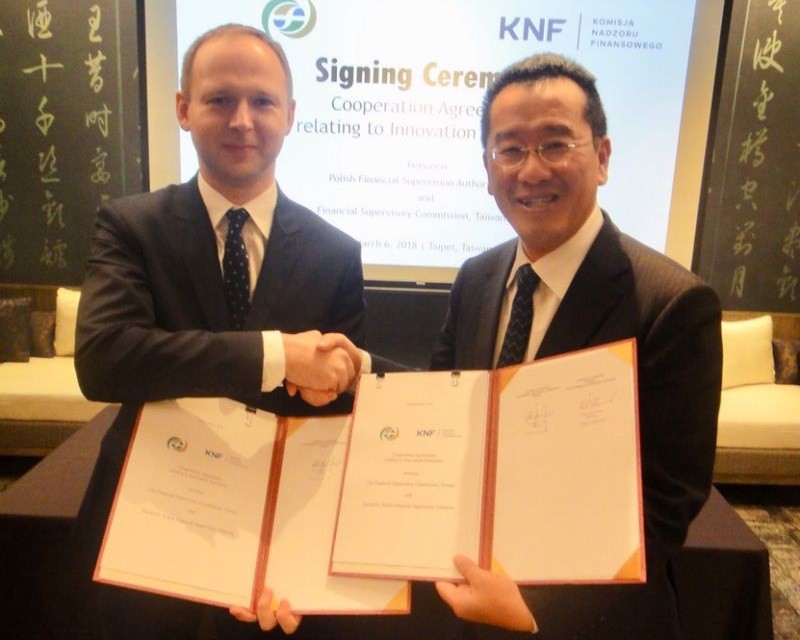 Taipei (CNA) - Taiwan and Poland signed a memorandum of understanding (MOU) Tuesday on cooperation in the development of financial technology.

The MOU covers cooperation in a wide range of areas, including the establishment of an information sharing system and an innovative enterprises referral mechanism between the two supervisory agencies, as well as the introduction of innovative projects, according to the FSC.

The KNF was established in 2006 as the central government body supervising Poland's financial market. In 2017, it set up a cross-agency task force for financial innovation.

Meanwhile, the FSC said that the Financial Technology Innovation and Experiment Act, commonly known as the Financial Regulatory Sandbox, will be implemented in late April.

Once it goes into effect, Taiwan will become the fifth country to implement financial experiment sandboxes after the United Kingdom, Singapore, Australia and Hong Kong, according to the FSC.