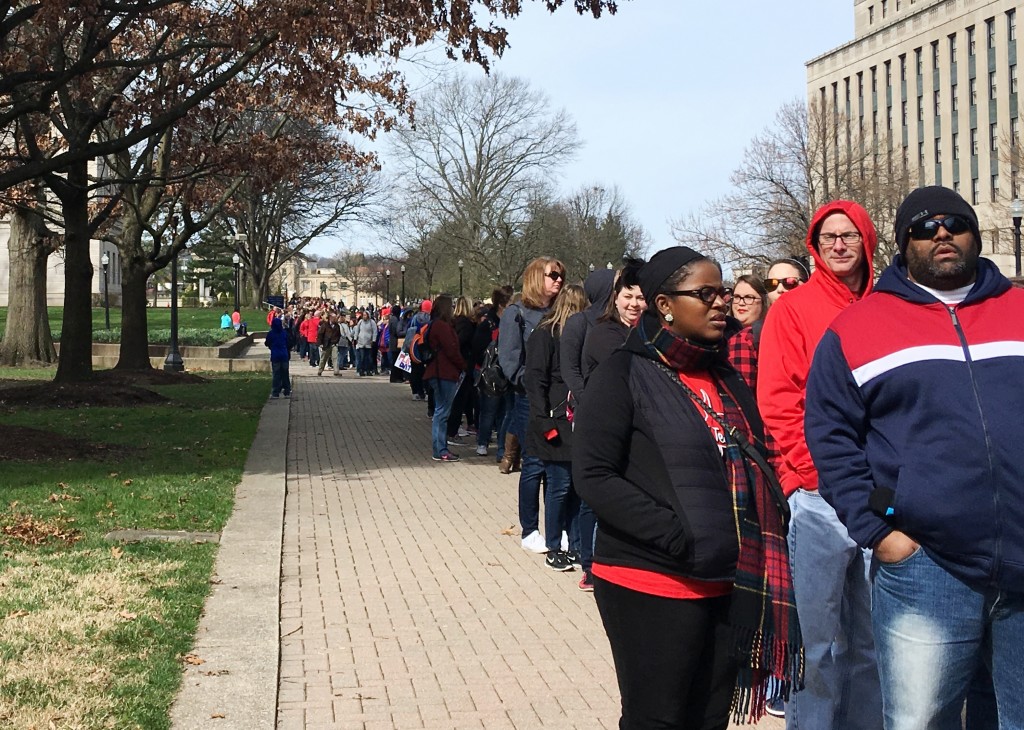 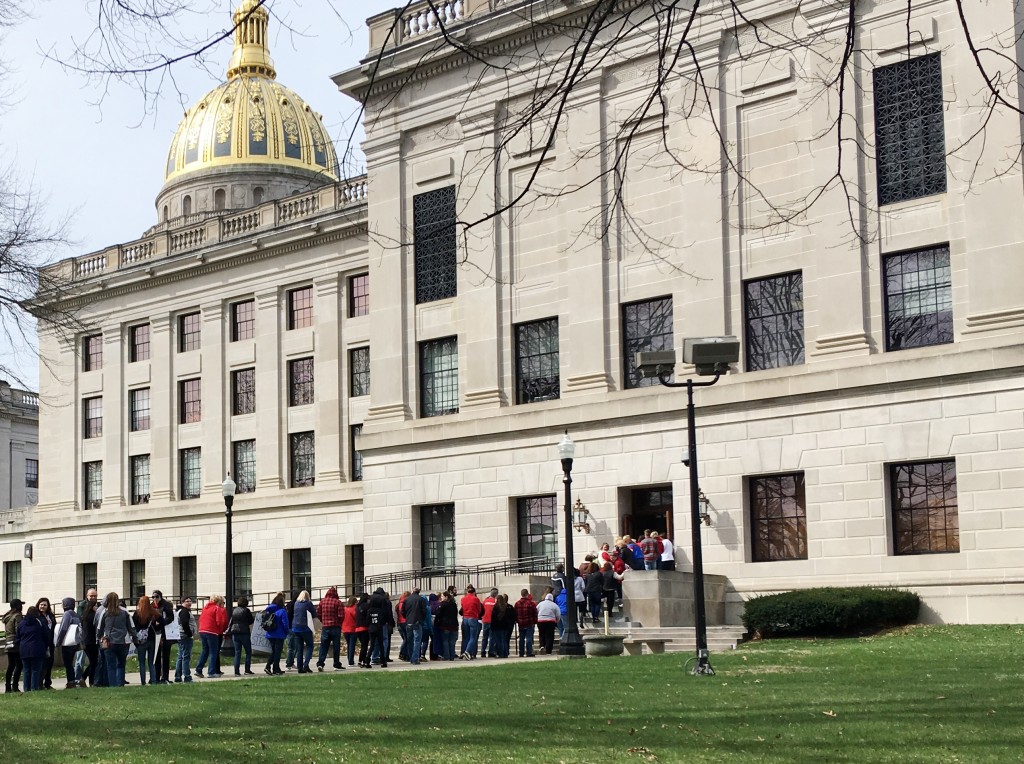 CHARLESTON, W.Va. (AP) — The Latest on a bill to give West Virginia teachers a pay raise to end a strike (all times local):

Three legislators each from West Virginia's House and Senate discussed the two chambers' proposals earlier without reaching a conclusion. Teachers walked off the job Feb. 22 and say their strike will continue Tuesday.

Senators grilled Justice administration officials on their more optimistic state financial projections. Those became the basis for Gov. Jim Justice negotiating a 5 percent raise with union representatives in a bid to end the walkout.

The House approved that raise. The Senate backed 4 percent as more financially prudent.

The three unions representing teachers and service personnel said 4 percent wasn't what they negotiated and that they plan to keep their members out of work.

Lawmakers seeking to negotiate pay raises for West Virginia's striking teachers have failed to immediately agree on an amount to end the walkout that has shut down the state's public schools.

Most counties across the state subsequently announced classrooms will be closed Tuesday for the ninth straight day.

In a meeting Monday afternoon in Charleston, delegates from the West Virginia House continued to back 5 percent raises negotiated by Gov. Jim Justice with union leaders. Senate representatives, who recently approved a 4 percent proposal as financially more prudent, spoke of possible compromises.

Thousands of teachers, school service personnel and their supporters have swarmed the Capitol since the walkout over pay and rising benefit costs. West Virginia teacher pay ranks among the lowest in the nation.

A six-member committee is scheduled to meet Monday afternoon at the state Capitol in Charleston.

House members later Saturday wouldn't agree to the Senate's move, and the two bills were sent to a legislative conference committee.

West Virginia Department of Military Affairs and Public Safety spokesman Lawrence Messina says more than 5,000 people had filed through two security entrances as of noon Monday. He says visitor access was cut off about an hour later.

Messina says "given the size of the lines still waiting outside, and the placement of the crowds inside, Capitol Police and the State Fire Marshal' Office agreed that a safety concern was imminent."

Messina says he didn't know how many people were turned away, but the lines still stretched around the Capitol by early afternoon.

A statewide strike by West Virginia's teachers enters a new week Monday with no resolution in sight.

As the labor dispute drags on, students are playing a waiting game — and video games — while trying to to keep themselves busy.

The strike began Feb. 22 with teachers protesting salaries that are among the lowest in the nation and rising health care costs.

After four years with zero pay increases, the teachers are waiting on a legislative committee to take action, but no committee meetings have been scheduled.

Charleston fifth grader Kelsie Hodges has taken some extra skating lessons with her mother at a South Charleston ice arena.

Meanwhile, teachers are talking of finding other ways to supplement their income as the dispute drags on.