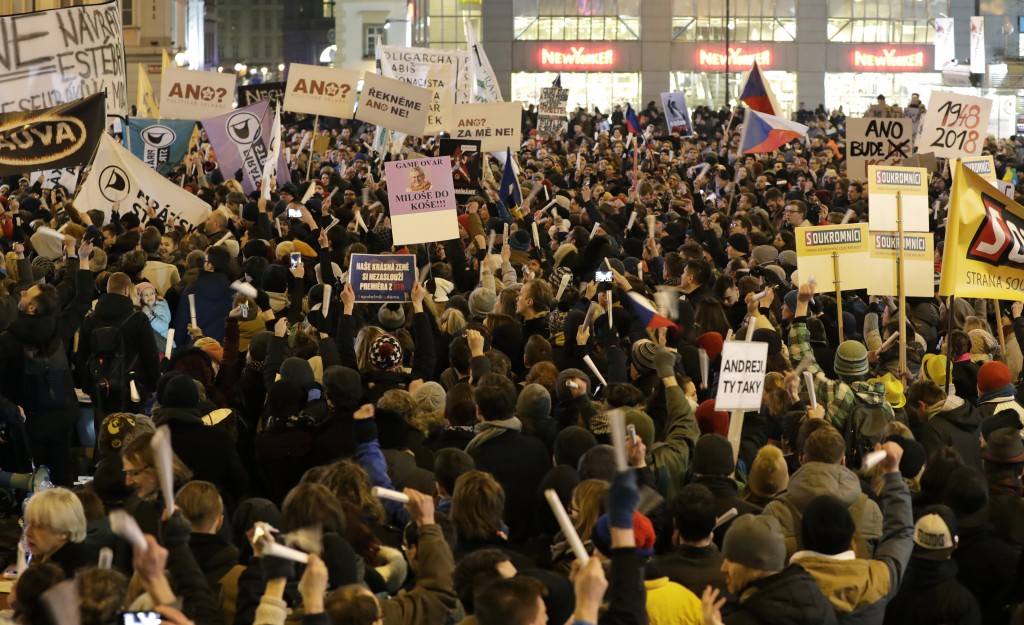 PRAGUE (AP) — Thousands of Czechs are rallying in Prague and other major cities to protest the election of a former communist-era police officer as the head of a parliamentary committee on law enforcement.

Zdenek Ondracek became chairman Friday of the Czech Parliament committee with responsibility for the government's oversight of police forces.

Ondracek was a member of a police unit that was involved in the persecution of the communist regime's opponents, including beatings of demonstrators before the 1989 Velvet Revolution.

Ondracek says he doesn't regret what he did in the past.

Babis said over the weekend he was ready to help replace Ondracek with another lawmaker.