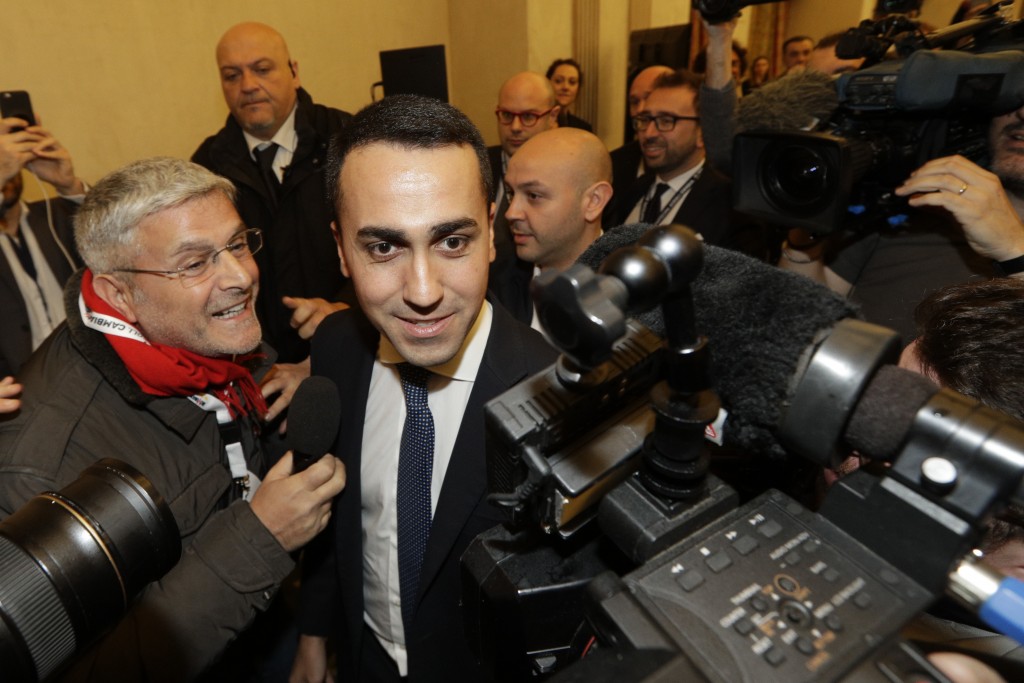 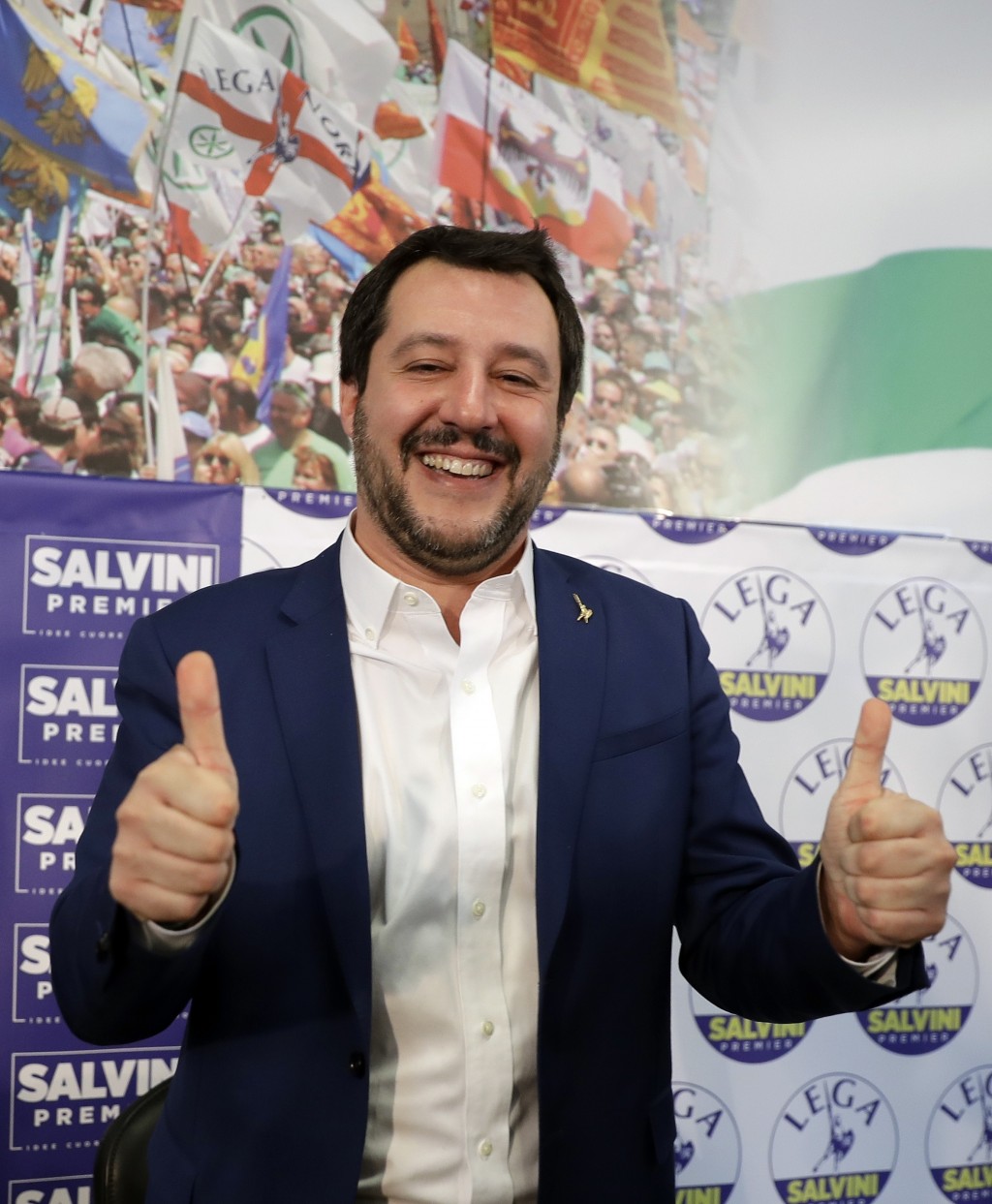 ROME (AP) — Italian voters delivered a stinging blow to their country's pro-European political powers, with more than half of the electorate backing populist, euroskeptic parties in Sunday's election, according to near-final results.

The result could leave Italy with a hung Parliament and difficult coalition talks lie ahead for parties vying to form the next government.

Here are some of the main takeaways from the election and what to expect in coming weeks as Italy tries to avoid a political stalemate.

The 5-Star Movement, founded by an Italian comedian just nine years ago as an online-driven grassroots revolt against Italy's political establishment, was the biggest winner in Sunday's election, capturing about one-third of the vote.

Appealing to disillusioned voters, particularly in Italy's poorer south, the group combines a wide range of views that make it hard to place on a left-right spectrum: It is pro-environment, anti-banks and skeptical of the European Union.

The big question for the 5-Star Movement after its strong results is whether to stick to its policy of not forming alliances with other parties. Being an outsider is a core part of the movement's identity, but if 31-year-old leader Luigi Di Maio wants to become Italy's next premier he's going to have to seek support from others.

Who ends up governing Italy will depend on the success of coalition talks that could drag on for weeks or even months, since none of the parties or alliances heading into the election will end up with a majority in Parliament.

A center-right alliance including former Premier Silvio Berlusconi's Forza Italia party will have the most seats after winning 37 percent of the vote, compared to 23 percent for the governing center-left bloc.

Before the vote, analysts predicted a grand coalition built around the center-left Democrats and Forza Italia. However, that seems unlikely given the Democrats' poor result and the fact that Berlusconi's party was overtaken by its nationalist and anti-migrant ally, the League, which jumped to 18 percent from just 4 percent in the last election in 2013.

A nightmare scenario for the EU would be a combination of the 5-Star Movement and the League, which together would command a majority of seats in Parliament. Both parties have previously called for Italy to abandon the euro currency zone, though the 5-Star Movement dropped that demand in the run-up to the election and the League has predicted that the single European currency will fail on its own.

The League's candidate for premier, Matteo Salvini, said clearly on Monday that he would not form "a strange alliance," a clear reference to the 5-Stars, but with tough talks ahead positions could shift as options narrow.

The newly elected Parliament will convene on March 23. After that, Italian President Sergio Mattarella will consult with party leaders to figure out which coalition alternative has the highest chances of surviving a confidence vote.

If no successful constellation of political groups emerges from those talks, the silver-haired president could end up appointing a government with the primary task of changing the complex election law that created this scenario, which would resign once that job is finished. But that's also a recipe for stalling reforms and would raise the prospect of another election soon.

European investors seemed to have factored in some uncertainty following the Italian election and the outcome didn't have a big impact on markets Monday. But a prolonged political stalemate would be bad news for Italy's economy, which lags the rest of the eurozone and has a debt of over 130 percent of GDP.

Despite all the unknowns, two certainties emerged: Berlusconi no longer commands the center-right, and the center-left has collapsed.

Berlusconi's Forza Italia, launched in 1994 when the billionaire media mogul first entered politics, was upstaged by its longtime junior coalition partner, the League.

The other big looser was the Democratic Party and in particular its secretary, Matteo Renzi.

The Democrats didn't even win in Emilio-Romania, a historic stronghold.