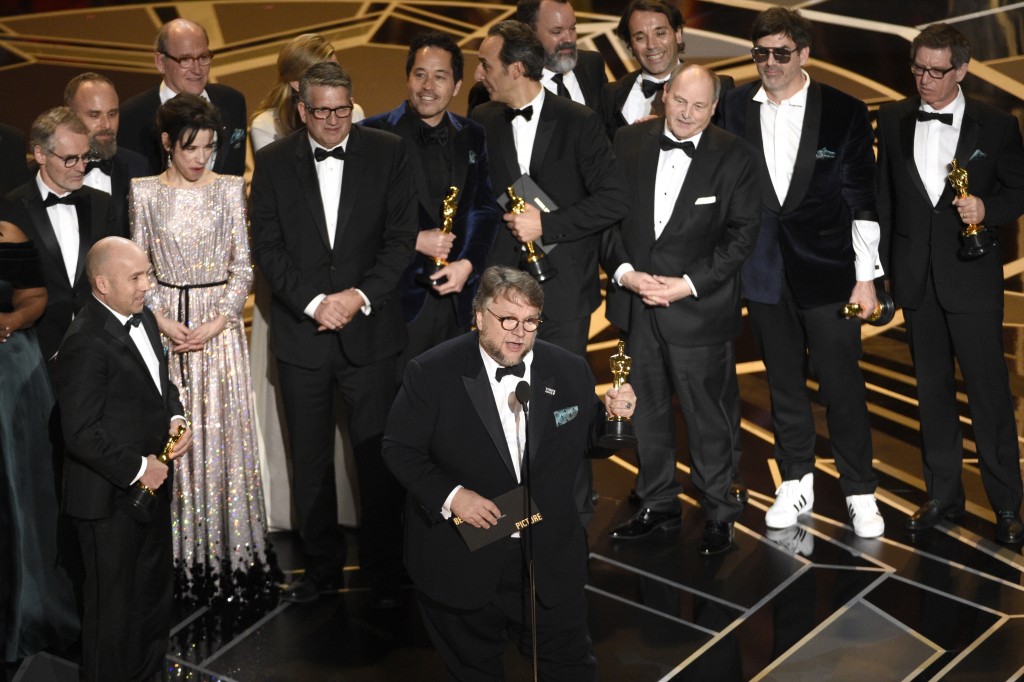 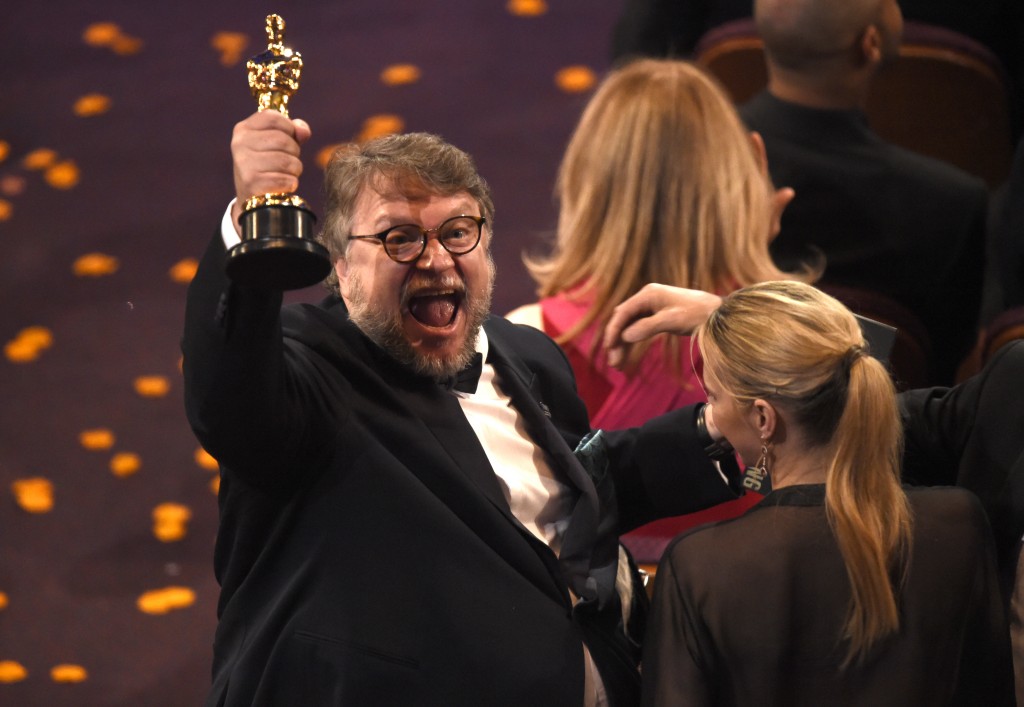 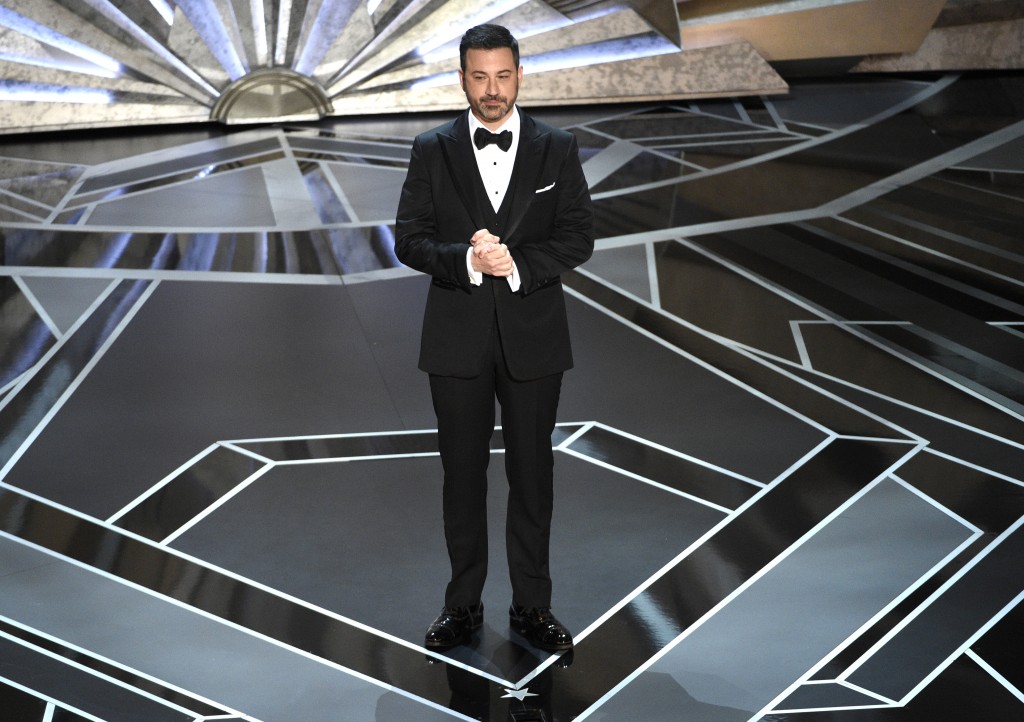 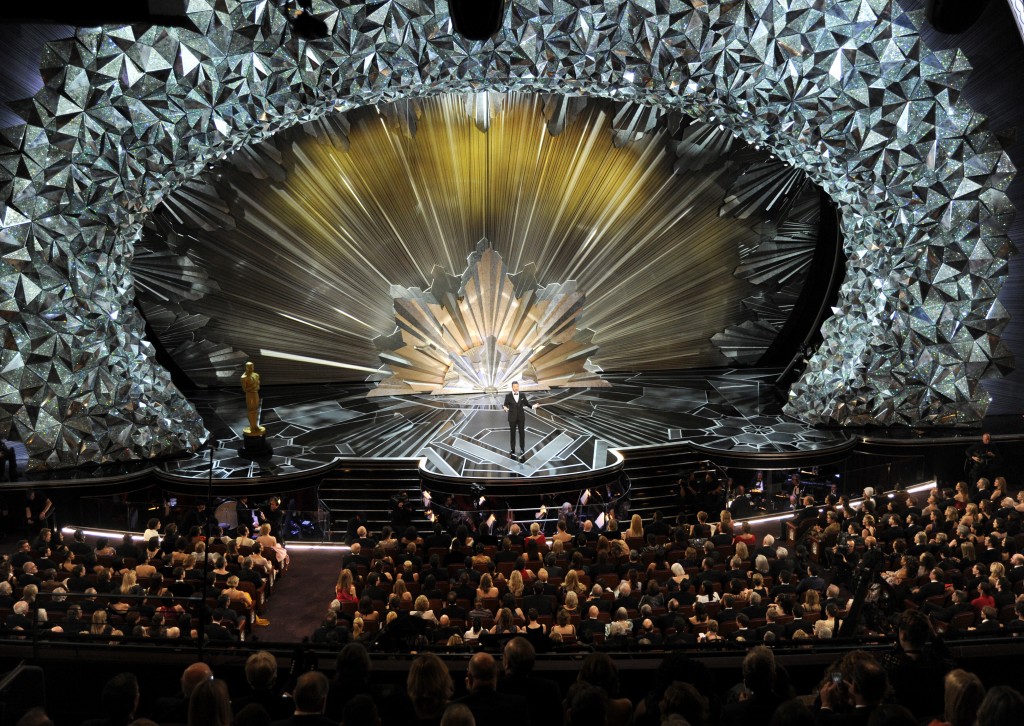 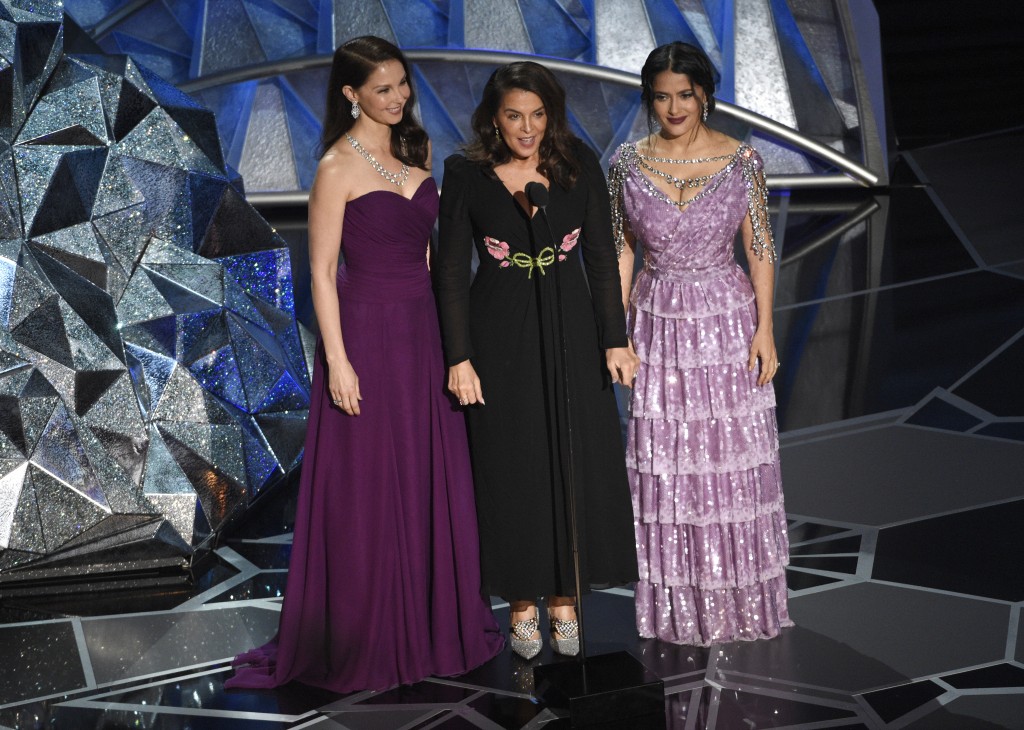 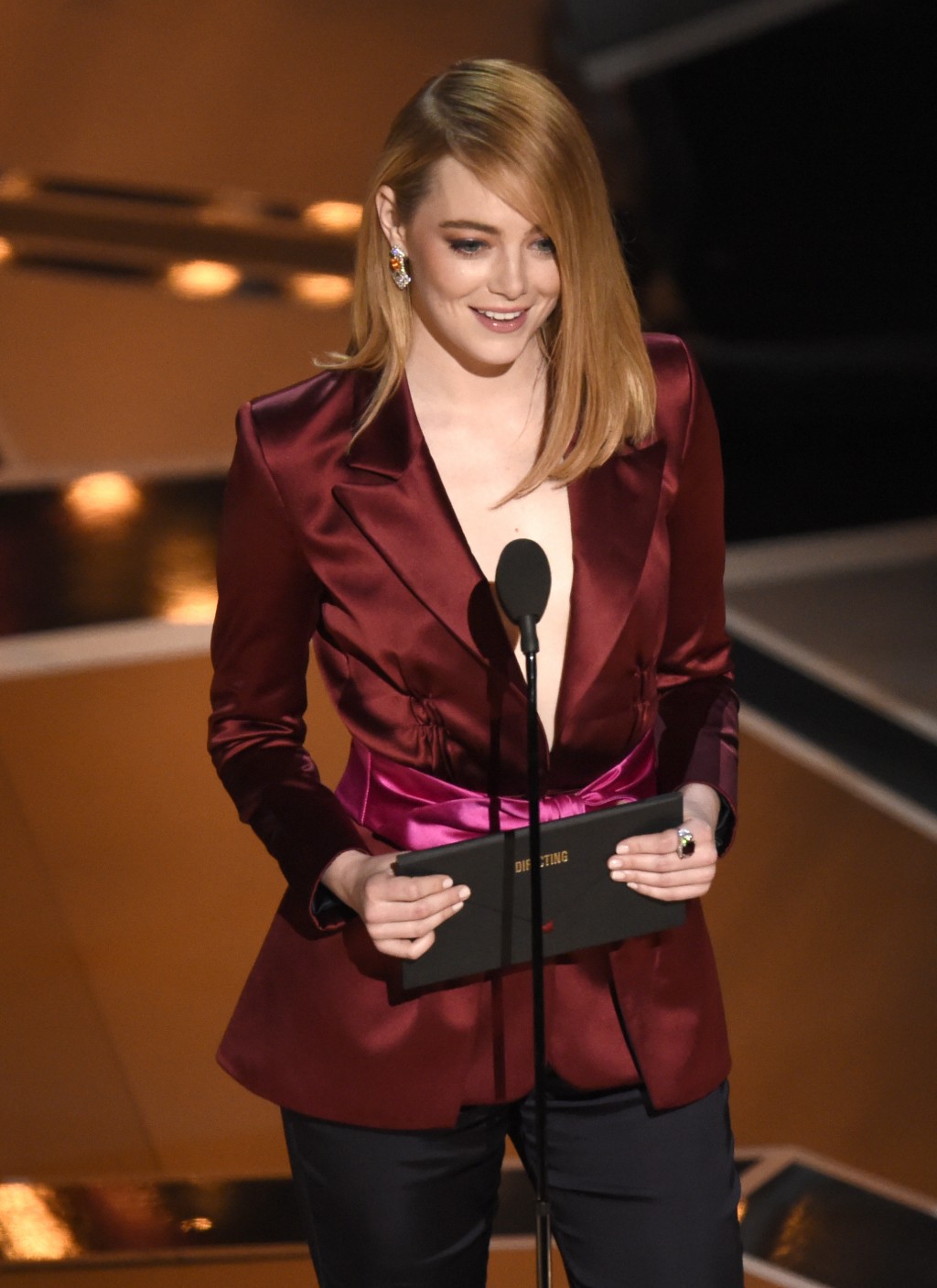 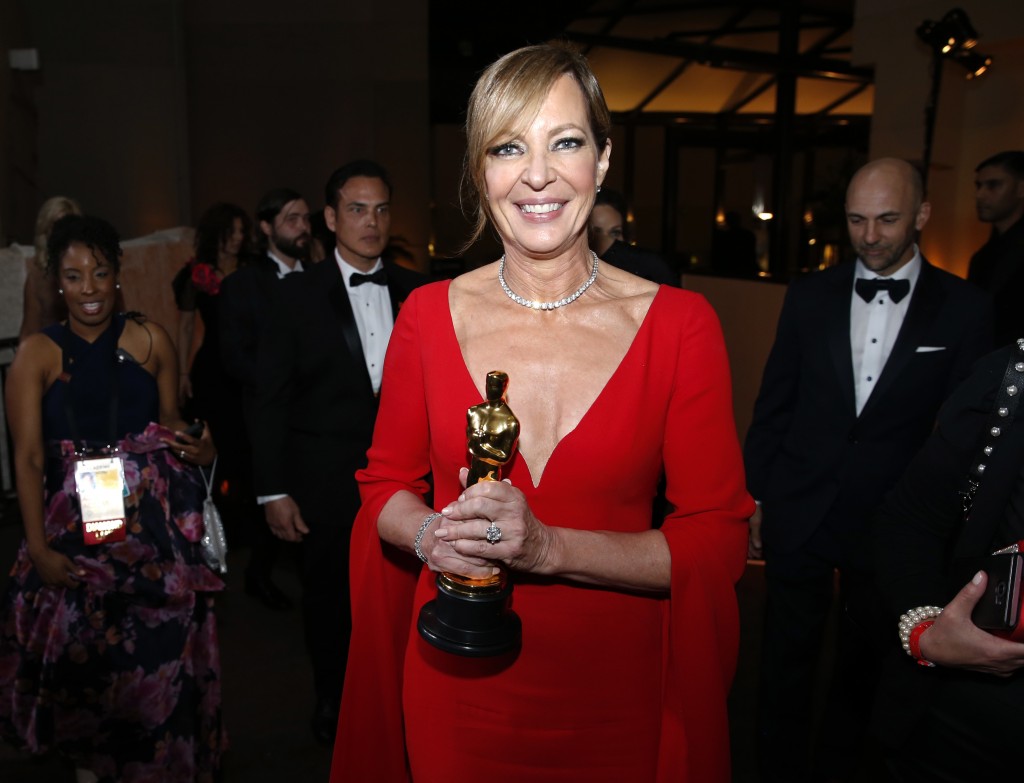 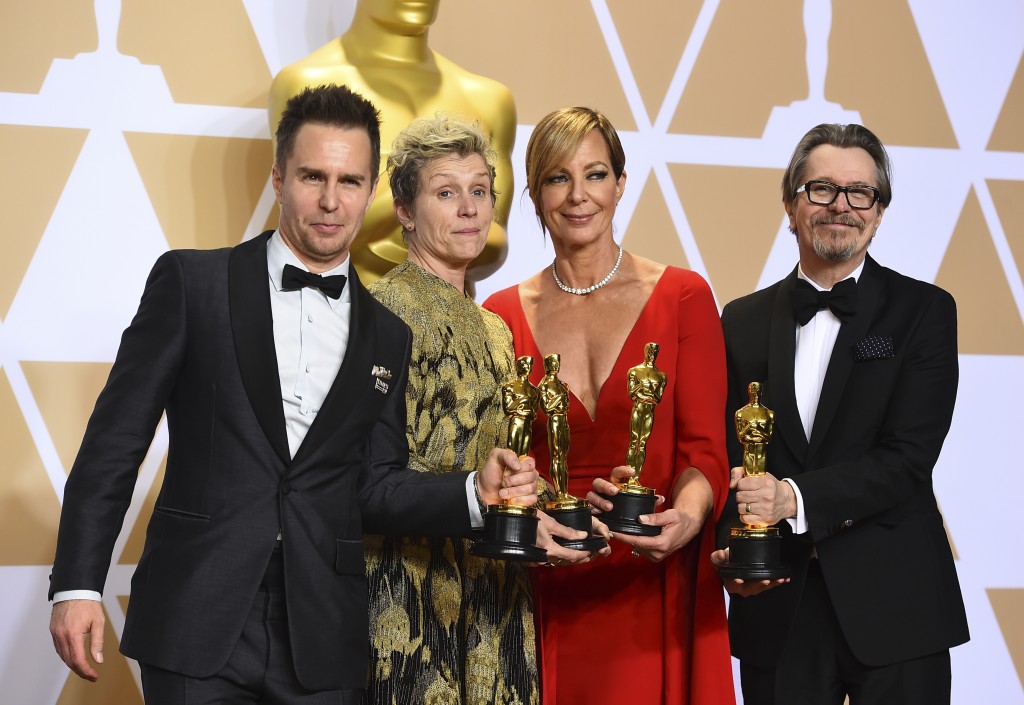 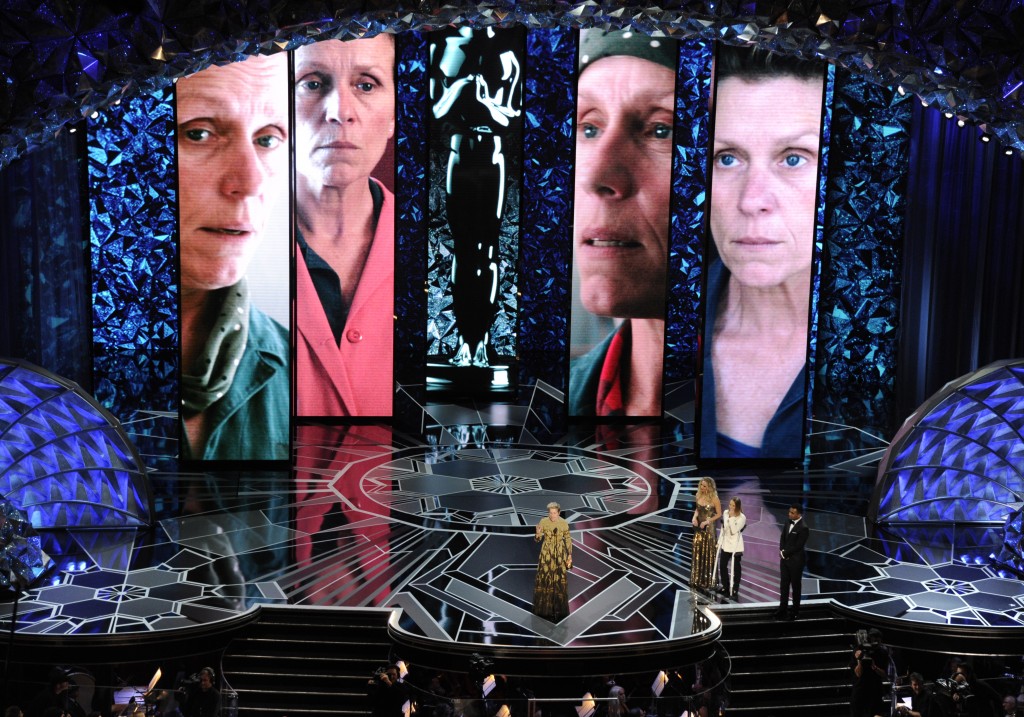 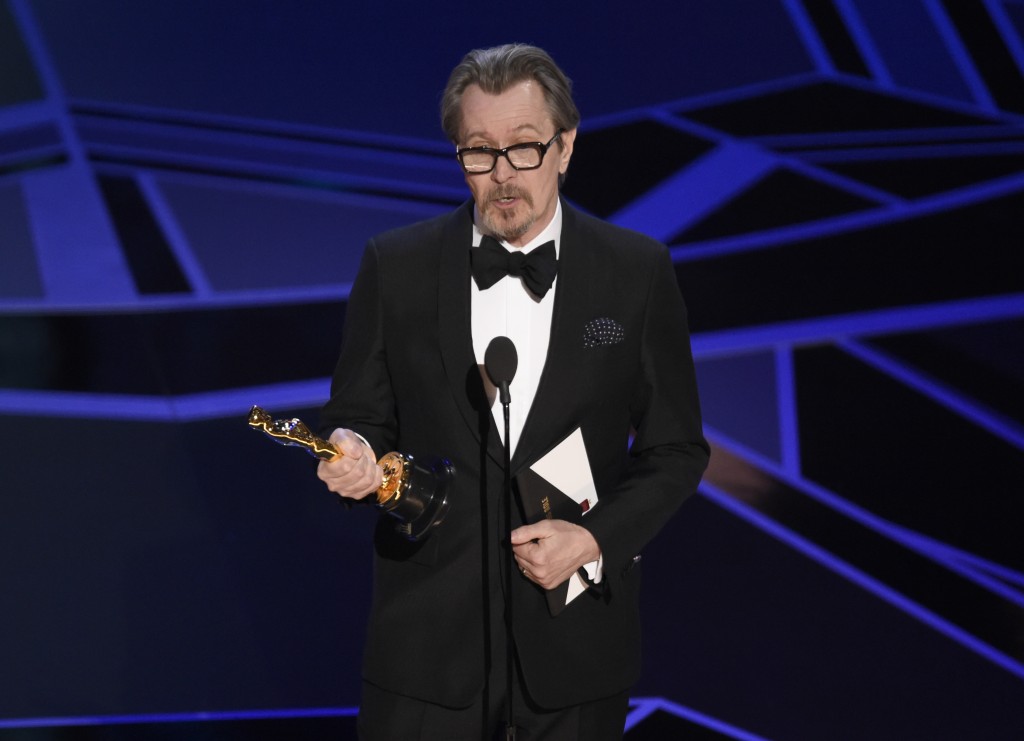 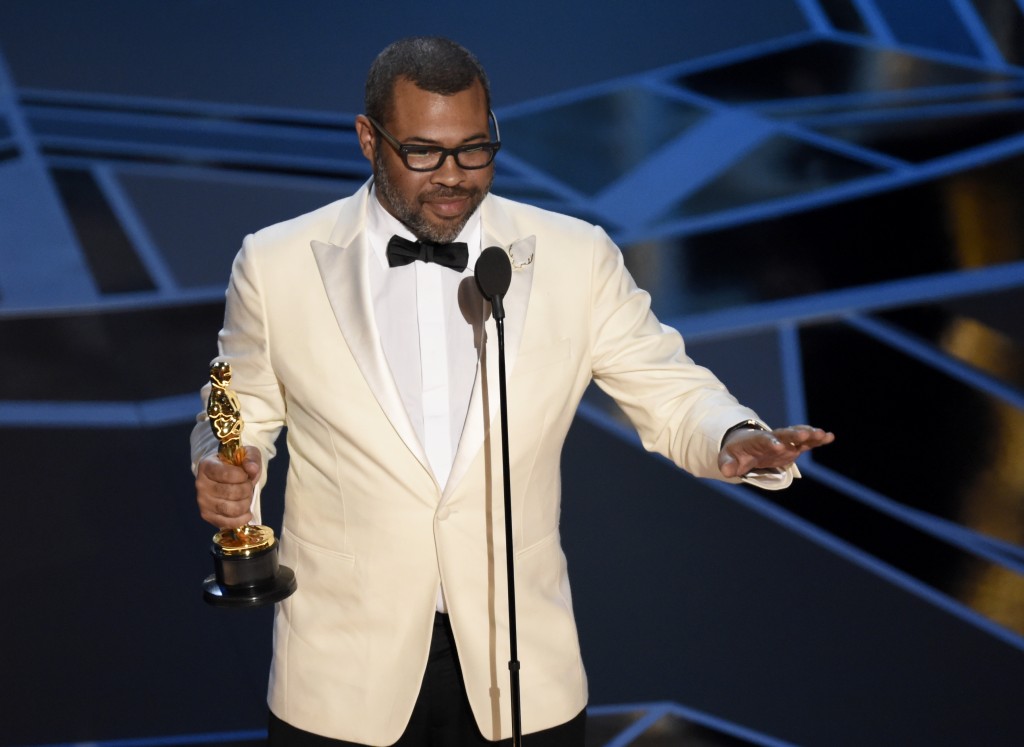 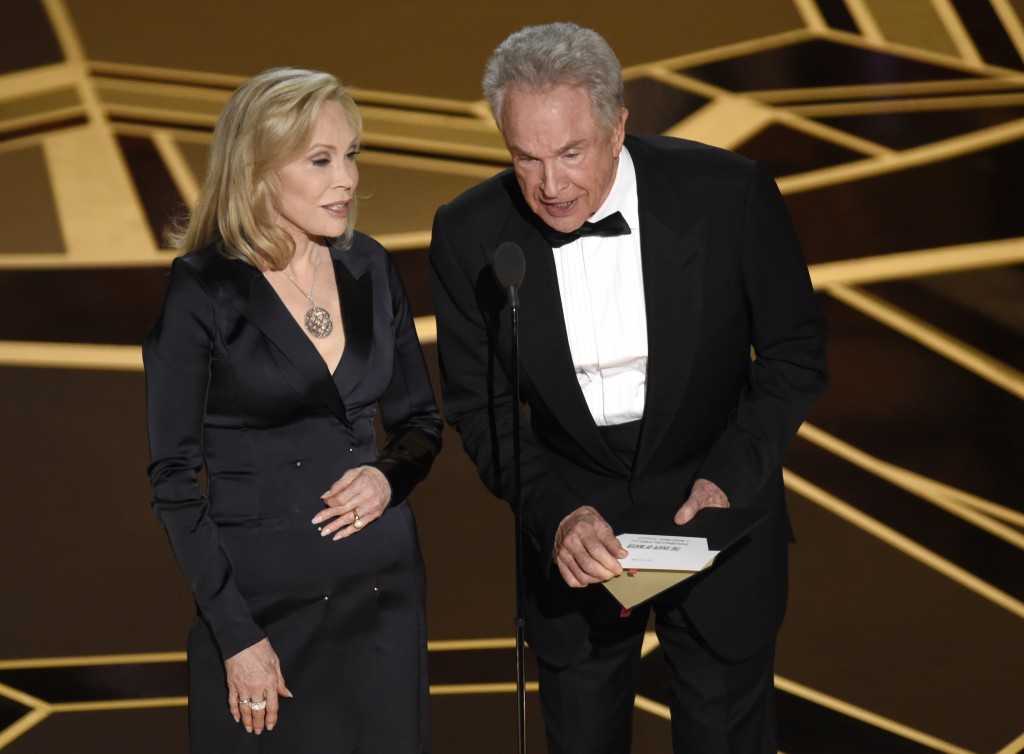 LOS ANGELES (AP) — Held one year ago, the 90th Academy Awards would have very likely been a rose-colored nostalgia fest.

But this year, with a culture-wide reckoning over decades of sexual misconduct, a film business in decline, a volatile political climate and the fact that last year the esteemed show couldn't even manage to present its biggest award correctly, the film academy and host Jimmy Kimmel on Sunday staged a complex and sometimes incongruous dance of attempting to both honor and atone for the past.

In many ways, the show inside the Dolby Theatre went exactly as planned — scripted, tight, full of past-looking montages, forward-thinking speeches and produced to appeal to all. Presenters Faye Dunaway and Warren Beatty got a best picture redo, ("What happened last year is Waterhouse under the bridge," Kimmel quipped) and 86-year-old Rita Moreno got to wear her dress from the 1962 ceremony again.

The Walt Disney Co. sneaked a fair amount of promos ("A Wrinkle in Time," and "Mary Poppins Returns") and self-congratulations (for "Black Panther") into its ABC broadcast and the production did its best to appeal to the "regular moviegoer" by trotting out Gal Gadot and other stars to literally give candy to a theater full of people.

The awards also effectively skirted the awkwardness of having an accused man in the spotlight by shifting around long-held presenter traditions and having Jodie Foster and Jennifer Lawrence present the best actress award instead of Casey Affleck. Emma Stone got her Natalie Portman moment , presenting the directing award to "four men and Greta Gerwig." Activists like #MeToo creator Tarana Burke were included in a song segment. And three Harvey Weinstein accusers, Ashley Judd, Salma Hayek and Annabella Sciorra, were given a moment to themselves on stage for nothing more than the fact that they were brave enough to speak up before a hopeful video played highlighting a changing industry, post #MeToo and more diverse.

The video highlighted Greta Gerwig, the fifth woman to ever be nominated for best director, Yance Ford, the first transgender nominee for "Strong Island," Dee Rees, whose "Mudbound" scored a historic cinematographer nomination and the Pakistan-born Kumail Nanjiani, nominated for "The Big Sick."

The nominees signaled a renaissance. The winners told a slightly different story.

"Growing up in Mexico, I thought this could never happen," del Toro said. "It happens."

The acting awards, which have been locked for three months, went to the expected winners — all esteemed veterans and three of whom had never been nominated before: Frances McDormand won best actress for "Three Billboards Outside Ebbing, Missouri" and her co-star Sam Rockwell won for his supporting performance. Gary Oldman picked up the best actor prize for transforming into Winston Churchill in "Darkest Hour" and Allison Janney for becoming Tonya Harding's mother in "I, Tonya."

At 89, James Ivory became the oldest Oscar-winner for his adapted screenplay for "Call Me By Your Name." And Christopher Nolan's ambitious World War II nail-biter "Dunkirk" picked up three technical awards.

But Gerwig's "Lady Bird" left empty handed, Rachel Morrison did not become the first female cinematography winner (the long-snubbed Roger Deakins got that honor finally for "Blade Runner 2049" after 14 nominations) and Ford was not the first transgender Oscar-winner.

There were glimpses of progress, in Chile's "A Fantastic Woman," which starred the transgender actress Daniela Vega, won best foreign film. Disney and Pixar's celebration of Mexican culture, "Coco," took best animated feature, as well as best song for "Remember Me."

"The biggest thank you of all to the people of Mexico," said director Lee Unkrich to loud applause. "Marginalized people deserve to feel like they belong. Representation matters."

And Jordan Peele became the first African-American to win best original screenplay for his horror sensation "Get Out."

Peele said he stopped writing it "20 times," skeptical that it would ever get made.

Even McDormand used her moment on stage to make a statement on behalf of women.

"If I may be so honored to have all the female nominees stand with me," McDormand said.

"We all have stories to tell and projects we need financed," she added, before uttering the phrase "inclusion rider," referring to actors signing contracts that mandate a film's gender and racial inclusivity.

Everyone seemed to take this moment of an industry in flux to heart.

"We can't let bad behavior slide anymore," said Kimmel at the show's start. "The world is watching us."

And indeed as the last show in this very long season, made even longer thanks to the Olympics, and with an unprecedented pressure to address all the ills of society and 90 years of movies it was perhaps always going to be too big a feat for one group of entertainers to tackle in a single nearly four-hour production.

There's only so much they can do, after all, and there is no one like Kimmel to remind everyone that it is still the movie industry.

In an aside about the pay disparity between Mark Walhberg and Michelle Williams for "All the Money in the World" reshoots, Kimmel said upon discovering that both actors were represented by the same talent agency that, "This one shook me."

"If we can't trust agents, who can we trust?"