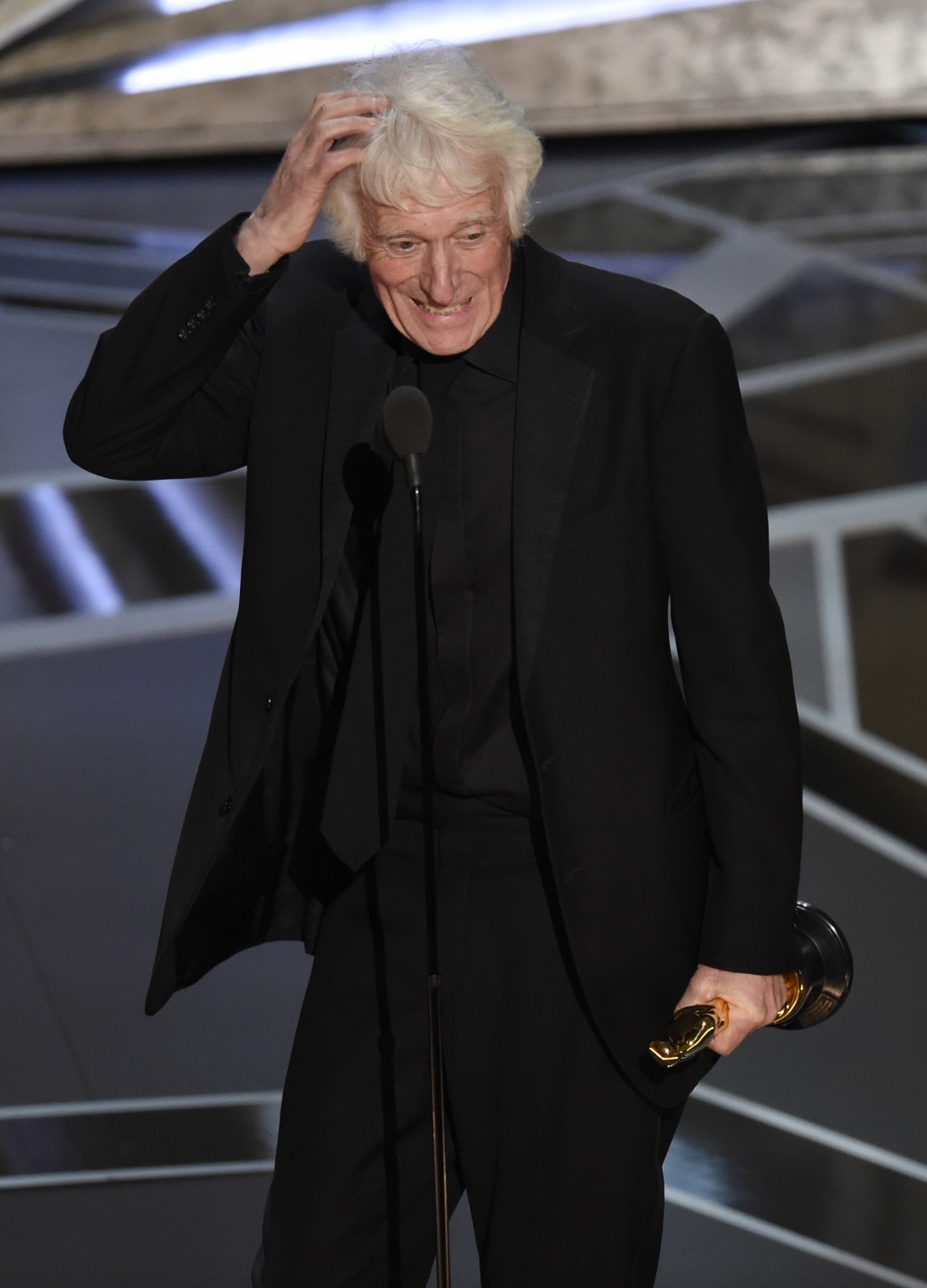 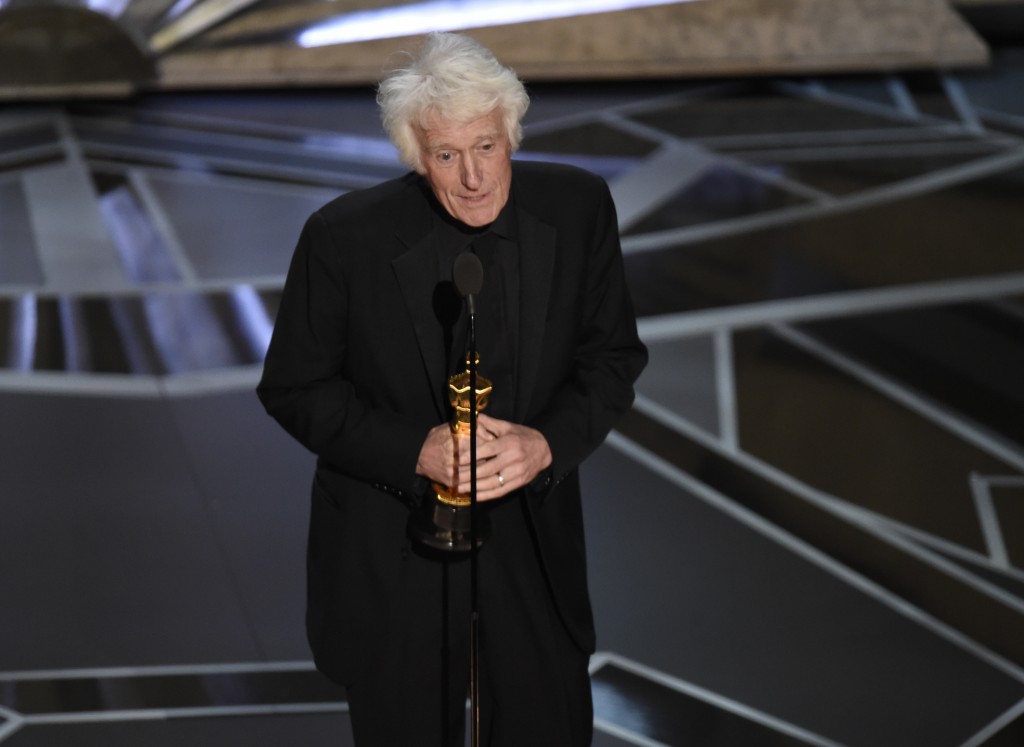 LOS ANGELES (AP) — The 14th time was the charm for Roger Deakins.

With a baker's dozen Oscar nominations before winning Sunday for "Blade Runner 2049," Deakins' camera work has long been celebrated by his cinematography colleagues in the film academy and beyond.

"I really love my job," Deakins said as he accepted the trophy that had so long eluded him. "I've been doing it a long time, as you can see. But one of the reasons I love it is the people I work with" in front of and behind the camera.

He was previously nominated for films including "Sicario," ''Skyfall," ''True Grit," ''Fargo," ''No Country for Old Men" and "The Shawshank Redemption."

Deakins won the American Society of Cinematographers feature film award last month, competing against the same slate of artists he faced for the Oscar. His wife accepted the award on his behalf while he was working in New York.

Deakins has three previous wins from the ASC, along with a lifetime achievement award, which he received in 2011.

Among his scores of honors are three BAFTA Awards, four British Society of Cinematographers awards and a career achievement award from the National Board of Review. But Oscar eluded him — until now.

His victory denied Rachel Morrison, the first woman ever nominated in Oscars' 90-year history for best cinematography, a historic trophy for "Mudbound."

Except for Deakins and Bruno Delbonnel ("Darkest Hour"), who has four previous Oscar nods, the other Oscar contenders were first-timers. "Dunkirk" cinematographer Hoyte van Hoytema's previous credits include "Interstellar," ''The Fighter" and "Tinker Tailor Soldier Spy." Dan Laustsen, who shot "The Shape of Water," was also the cinematographer on "Proud Mary" and "John Wick: Chapter 2."