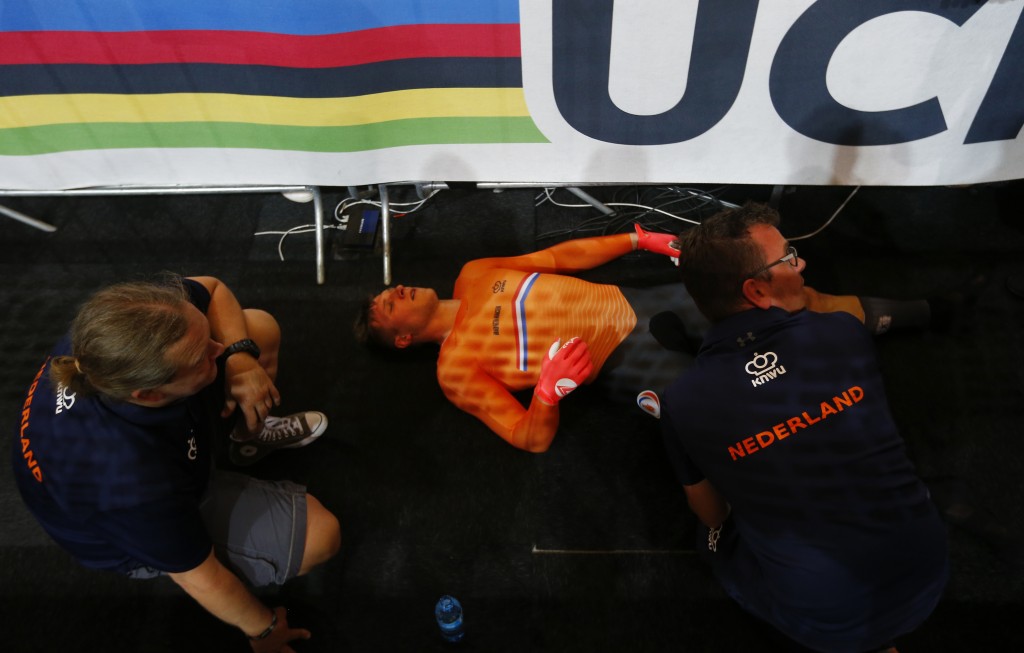 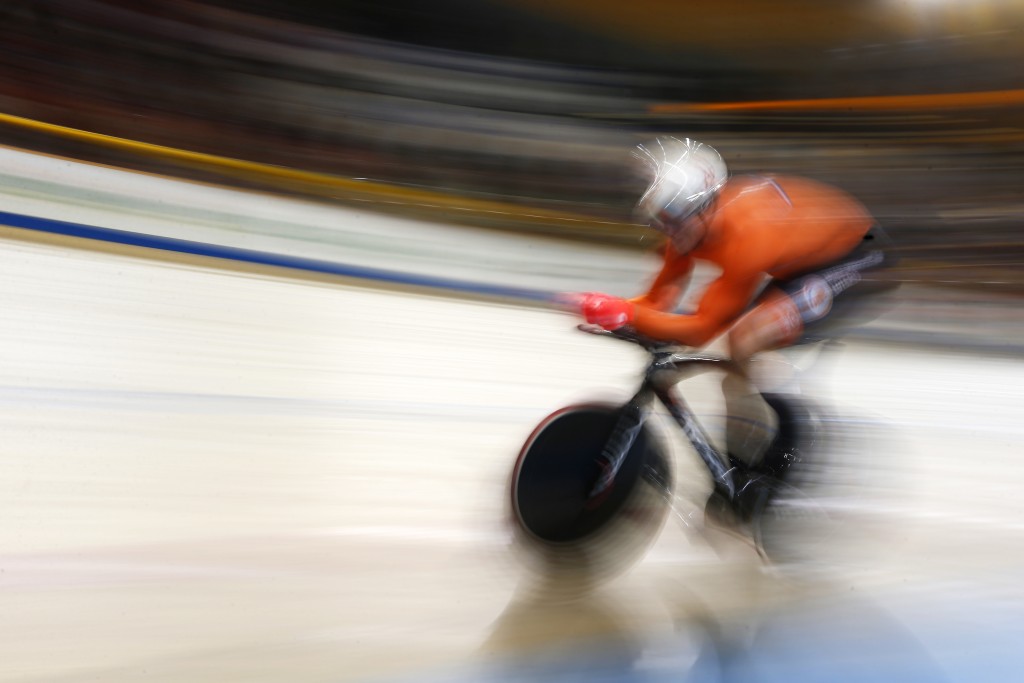 APELDOORN, Netherlands (AP) — Kirsten Wild has won her third title of the week on the final day of the world track cycling championships with a victory in the points race on Sunday.

The 35-year-old Dutchwoman also took gold in the scratch race and the omnium.

Elinor Barker was defending the points race title she won in Hong Kong 12 months ago but the British rider could only manage 12th place, continuing a frustrating few days after she crashed in the women's omnium.

Wild dominated the race Sunday to score 49 points with Jennifer Valente of the United States taking silver and Canadian Jasmin Duehring getting bronze.

Dutch rider Jeffrey Hoogland produced a powerful ride to win the men's kilo, before collapsing as he got off his bike. He recovered in time to collect his medal.

In the last race, Germany's Roger Kluge and Theo Reinhardt won the Madison.